When this year’s Scotties Tournament of Hearts began one week ago, many expected the usual curling characters to rise to the top. Jennifer Jones, Kerri Einarson and Rachel Homan were picked by many to advance to the championship pool and that’s exactly what happened.

But what many curling fans and prognosticators didn’t see developing was a young Quebec team and veteran Saskatchewan skip also rising to the top.

Quebec skip Laurie St-Georges has been fearless in the face of pressure in her first Scotties appearance. And her team seems to be soaking up every second on the ice, smiling, laughing and embracing the big stage. The team finished the preliminary round with a 6-2 record and is one of the eight teams remaining, battling it out for the final three spots.

Then there’s Saskatchewan skip Sherry Anderson, who at 57 is playing in her 10th Scotties and led her team to first place in Pool B with a 6-2 record. (In fact, Anderson got her first Scotties victory 27 years ago today. She’s won 56 games at the national championship throughout her career and is becoming one of the great stories at this year’s event.)

In Pool A, Homan and Einarson lead the way with 7-1 records, but Homan finished first by defeating Einarson in their final preliminary game. Also advancing out of Pool A are Team Peterson and Alberta, each at 5-3.

WATCH | That Curling Show breaks down moving day at Scotties: 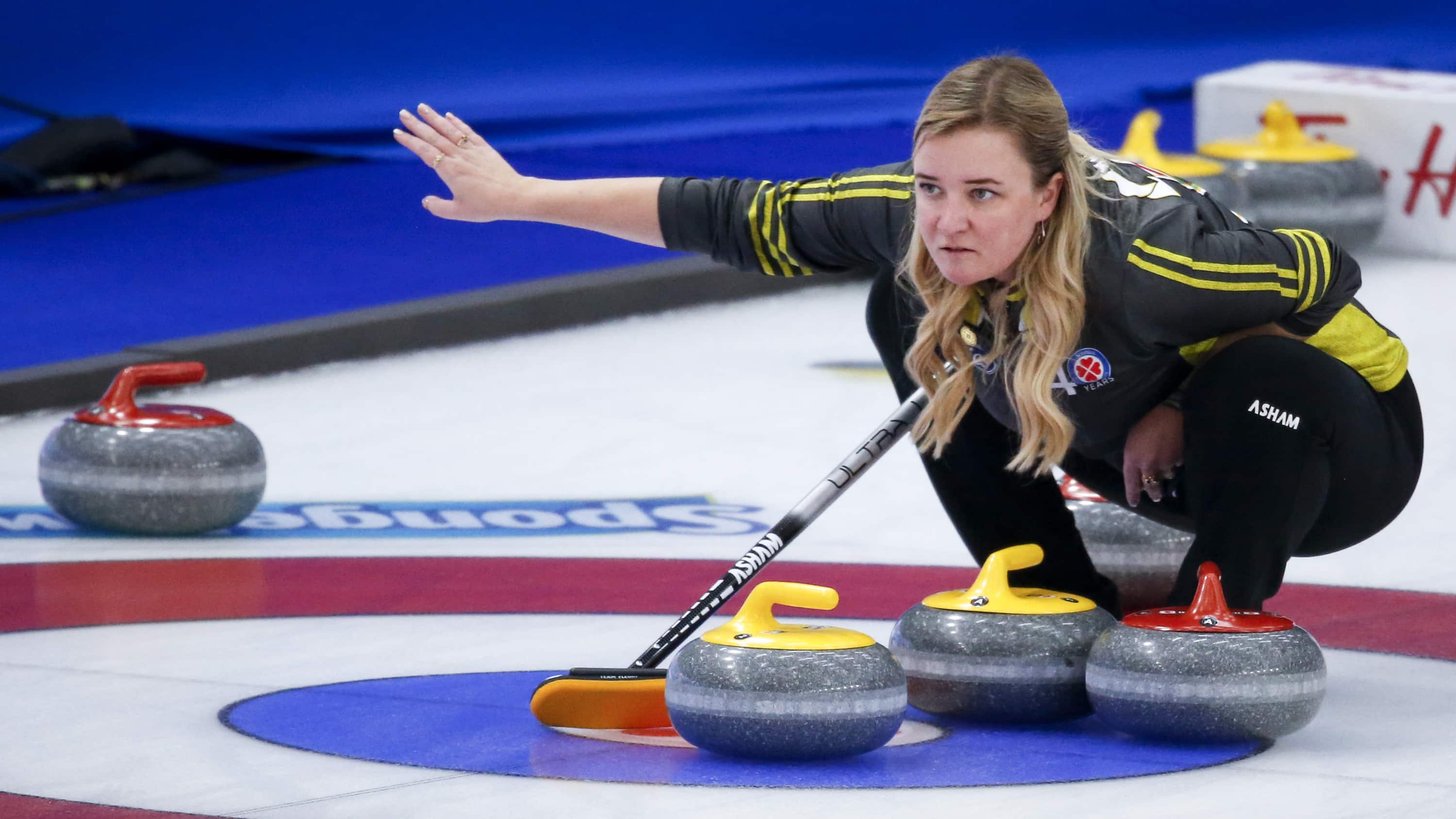 From tiebreaker scenarios to championship round matchups, hosts Colleen Jones and Devin Heroux get you caught up. 47:55

The top three teams after the championship pool advance to the playoffs, with the first-place team moving directly to Sunday’s final while the second- and third-place teams battle it out in the semifinal.

Throughout the week of competition there were moments of drama, shots were made and shots were certainly missed. The curlers are in a situation like no other having not been able to properly practice heading into the national championship.

Under normal circumstances, teams would have played anywhere from 10 to 12 events by this point of the curling season. The rust was noticeable. But now with a week on the ice behind them, it appears the teams are getting a grasp on the ice conditions and seem more comfortable.

Team Einarson, outside of the loss to Homan, has been one of the most consistent teams and looks a good bet to repeat their championship last year in Moose Jaw. Not since Homan won in 2013 and 2014 has a team repeated.

Homan, eight months pregnant, is making another championship push at the Scotties, looking to erase her back-to-back losses in the championship game the past two years.