But the threat is never zero during a global pandemic, they add. And people working on those snowy slopes may be at greater risk of catching the virus than those dashing down them.

Most ski hills in Ontario were permitted to reopen Tuesday, joining other mountainous resorts across the country that have remained operational through the winter.

Many have implemented extra safety precautions and operate under local restrictions, including:

While the activity of skiing is relatively safe from a transmission standpoint, experts say spread can still happen, and COVID outbreaks have been reported at larger resorts over the last couple months, mostly affecting staff members.

One outbreak in Kelowna, B.C., in December began with workers living on site before it sprawled to include more than 130 cases. Popular Lake Louise and Nakiska resorts in Alberta also reported outbreaks among staff.

Dr. Andrew Boozary, the executive director of population health and social medicine at the University Health Network, says it’s clusters of cases like those that make ski hills concerning.

“I have no anti-skiing bias — it’s an activity that makes a whole lot of sense in Canada — but there’s a lot of people who take on risk to ensure a ski hill is operational,” he said.

“A lot of the time we rely on people who are in temporary work or who’ve been underpaid, without living wages and without paid sick leave, to take on risk so some of us can have that pleasure and leisure activity.”

Boozary likened the recent emphasis on ski hills to that of golf courses over the summer, or to policy around cottages and seasonal vacation homes that were tailored to higher-income populations.

Skiing, like golf, isn’t affordable to everyone, he says.

And while Boozary agrees that skiing and snowboarding can provide mental health benefits of exercise in a low-risk setting, he’d like to see more emphasis on ensuring lower-income populations have safe, outdoor spaces, too.

WATCH | Ont. ski resorts welcome people back to the slopes: 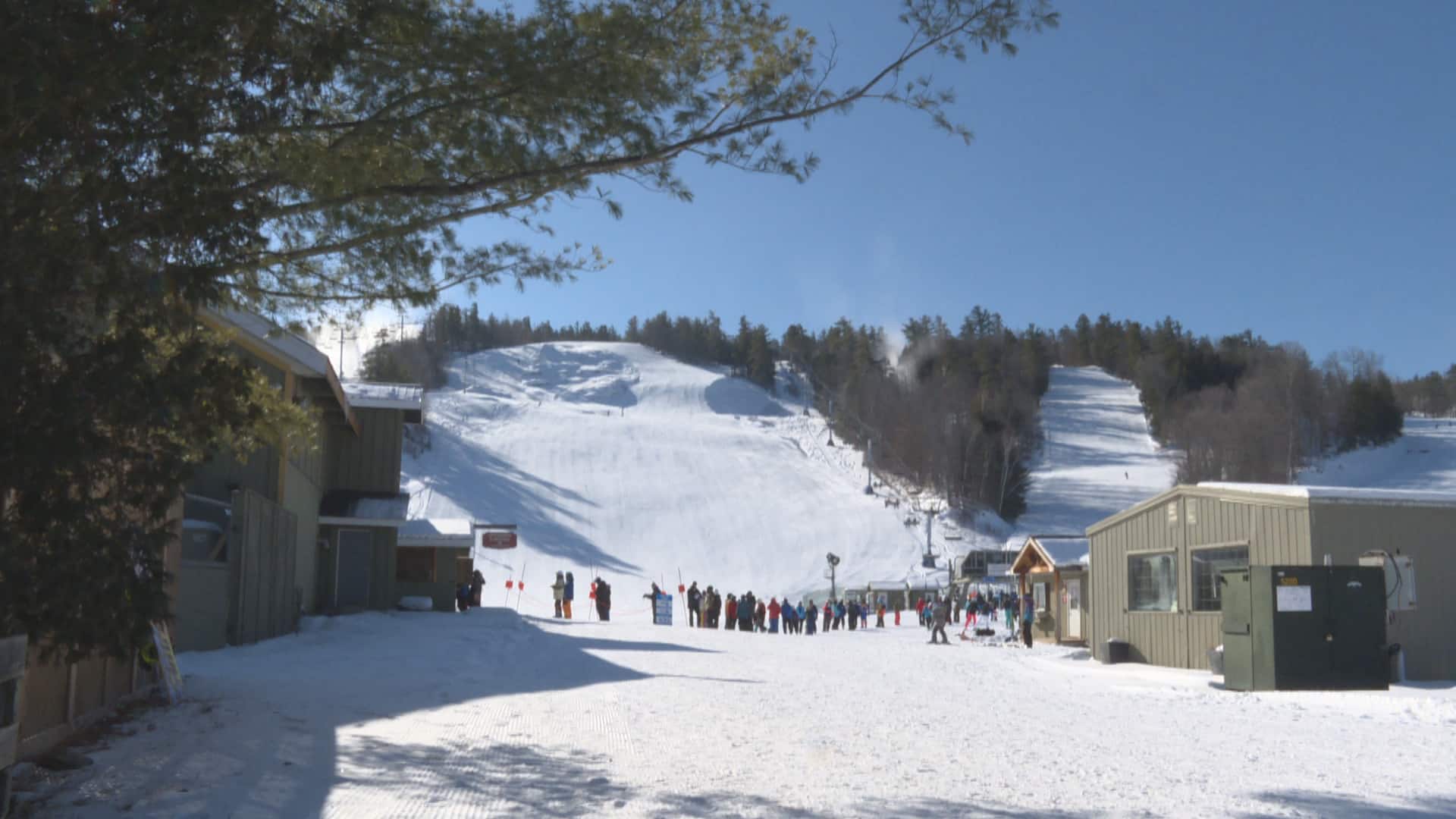 Jim Hemlin, chief operating officer of Calabogie Peaks Resort, says skiers and snowboarders are excited to be back on the hill after the extended shutdown. 0:45

“We’ve seen this dichotomy, this tale of two pandemics. And we’re seeing it now with skiing,” Boozary said. “There’s an income divide on who gets access to these spaces.”

Dr. Ilan Schwartz, an infectious disease expert with the University of Alberta, says staff members at ski resorts are more likely than visitors to become infected because of the close proximity workers tend to be in.

Sometimes they share indoor spaces like lunchrooms, which aren’t conducive to mask-wearing when people are eating, Schwartz says, and “transmission thrives” in those settings.

“The likelihood of infection is going to be a function of physical proximity, the amount of time they’re in that proximity, the activities they’re doing and whether there are precautions taken to minimize transmission.”

While skiers will generally be safe, those who wish to hit the slopes still need to be mindful of safety precautions, Schwartz says.

He added that spread is more likely to happen before or after people glide down the mountains, like when they put on ski boots in a crowded indoor area. Those spots should be avoided when possible, Schwartz says, and masks should be worn when distance can’t be maintained.

Other factors could make trips to snowy resorts more dangerous, he added, including guests travelling from COVID hot spots and potentially bringing the virus with them into small ski towns.

The rise of new variants of concern might require more stringent restrictions on skiers as well, says Parisa Ariya, a chemistry professor at McGill University who specializes in aerosol transmission.

Ariya says while outdoor settings are far safer than indoors, spread “actually does happen outside” in some instances, and she recommends wearing a mask while skiing or snowboarding.

Winters in Quebec and Ontario make air more dense, Ariya adds, which could have an impact on how long viral particles stay in the atmosphere. 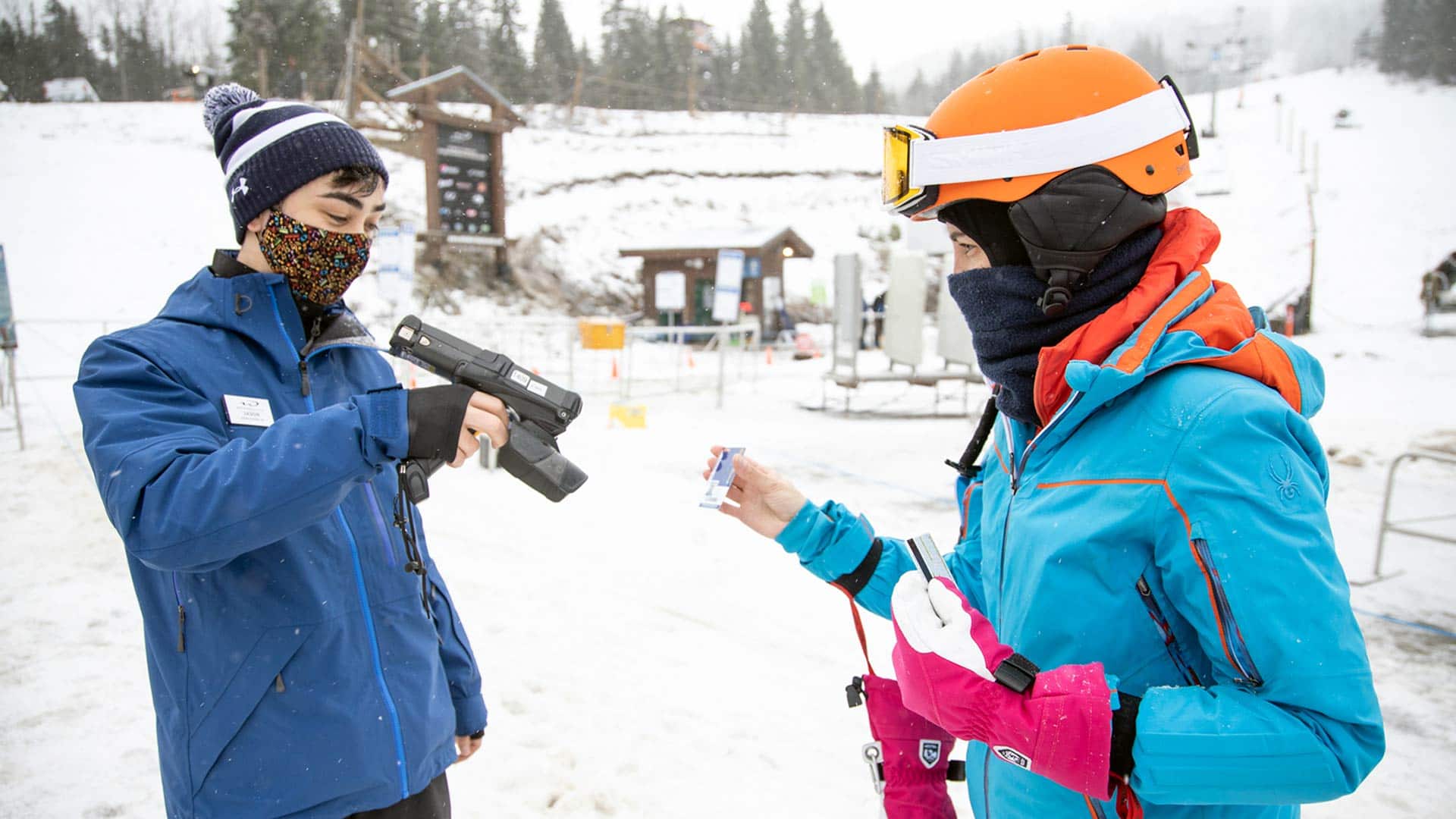 The ski industry in the Canadian Rockies is struggling during the pandemic, with operators trying to balance COVID-19 safety and industry survival. 2:00

Dr. Sumon Chakrabarti, an infectious disease expert in Mississauga, Ont., says that while cold air may cause physical changes to aerosols “it does not translate to increased risk of disease transmission.”

He says risk of outdoor spread remains “quite low,” except for situations with large crowds in close contact, like during concerts or sporting events.

“From a public health standpoint I would much rather see 50 people skiing outdoors than a group of 10 watching TV together indoors,” he said.