For months, more than 150 teams around the world have been working at an unprecedented pace to develop a vaccine against the new coronavirus.

Ten of those vaccine candidates are now in Phase 3 clinical trials, in which each is given to thousands of people to ensure it’s both safe and effective — the final leg of the process before their potential approval.

In the fight against COVID-19, that feels like a light at the end of a long, dark tunnel.

But once at least one vaccine is approved, what comes next?

“Approval itself is not going to be an overnight solution,” said Matthew Miller, an associate professor at the Michael G. DeGroote Institute for Infectious Disease Research at McMaster University in Hamilton.

“There’s going to be a significant amount of time required to distribute the vaccine and then have enough doses prepared to administer to the population.”

Public health and vaccination experts also say the months after Canada starts acquiring a vaccine will be rife with challenges, both logistically and ethically, as public health officials will need to determine which groups should get priority access — be it health-care workers or other vulnerable demographics — as production scales up to meet demand.

“There will inevitably be supply chain issues,” Miller warned. “It’s going to take time for the vaccine manufacturers to produce enough doses, and there’s going to need to be prioritization over who will get those first doses when they become available.”

WATCH | Dr. Theresa Tam on the flu and COVID-19 vaccines: 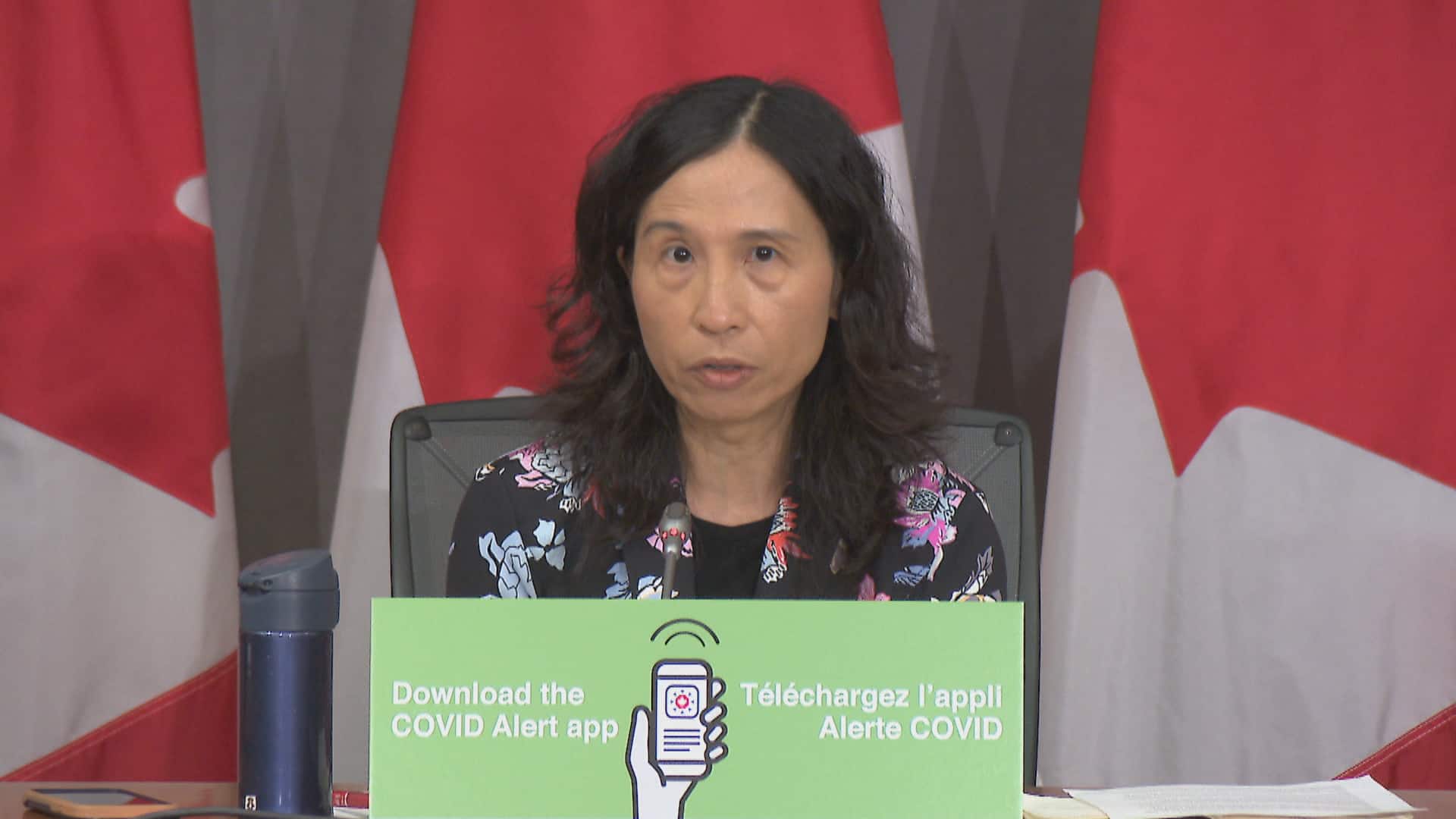 It’s a move that hedges our bets, with Canada set to receive 20 million to 76 million doses of each vaccine — if any successfully make it through clinical trials and gain approval from Health Canada.

Should at least one of the preorders prove safe and effective, federal and provincial officials need a strategy in place to roll it out among different groups, ensuring there are no “inequities” between regions, noted Alison Thompson, an associate professor in the Leslie Dan faculty of pharmacy and Dalla Lana School of Public Health at the University of Toronto.

“This is something that we can get out in front of,” she said. “We know a vaccine could become available in the next few months.”

But some Ontario physicians recently warned those efforts fell short, with initial rounds of supplies drying up quickly amid early and higher-than-usual demand.

The province, however, has said more shipments are coming — and stressed the program was meant to take a staggered approach to rolling out the vaccine, first targeting vulnerable populations like long-term care residents before the general public.

That “prioritization” approach could also prove crucial while rolling out a vaccine for the coronavirus, both to conserve supplies while production scales up and protect those most at risk.

“We may be looking at protection for really important health-care workers, first responders, people who keep the economy running,” Thompson said. “We might want to be protecting vulnerable populations first before anybody else.”

But who should be deemed most vulnerable, and first in line?

There’s no “one size fits all” approach behind that decision, Miller said, and in Canada a lot of factors are at play, from residents’ ages to their socioeconomic status to their pre-existing health conditions.

Health-care workers have proved at risk across the country, with a dozen dying and more than 21,000 falling ill — representing roughly 20 per cent of cases — in the pandemic’s first wave, according to a September report from the Canadian Institute for Health Information (CIHI).

The largest death toll, however, was more than 5,300 elderly residents in long-term care, with those facilities accounting for more than 80 per cent of all Canadian COVID-19 deaths in the first wave, CIHI findings show.

Racialized and marginalized communities have also been hard hit in areas like Toronto, where multiple diverse, lower-income neighbourhoods have experienced high case counts and test positivity rates for the virus have been more than triple the city’s average, Toronto Public Health data shows.

Alongside health-care workers on the front lines, it’s remote Indigenous communities which “need to be first priority,” based on the severe comorbidities, residential overcrowding and lack of access to health-care facilities found in many areas, according to Dr. Anna Banerji, an associate professor at the University of Toronto and faculty lead for Indigenous and refugee health.

Scaling up could take ‘many months’

Miller said the process of scaling up vaccinations from priority groups to the broader public could take “many months,” if not a year or more.

That time frame could also involve a less-discussed stage of vaccine research: Phase 4 clinical trials, after candidates are already on the market.

It’s a time to evaluate vaccines’ effectiveness and safety in a “real world” setting, Miller said, and could offer clues for future generations of COVID-19 vaccines.

“The first vaccines approved may not necessarily be the most effective vaccines,” he said.

The vaccine for human papillomavirus, or HPV, was later expanded to protect people against more strains of the virus, for instance, while an early version of the shot for shingles was far less effective than a later form which has an efficacy of more than 90 per cent.

In those instances, people wound up getting additional rounds of newer vaccines to ensure the highest level of protection, Miller explained, adding it’s still not clear if people will need revaccination to protect against this coronavirus.

The more pressing concern now is getting at least one first option out to the public in hopes of winding down this months-long pandemic.

While the threshold for achieving herd immunity — which occurs when a large portion of a community becomes immune to a disease, making its continued spread less likely — isn’t clear yet for COVID-19, it could be as high as 70 per cent of people, said epidemiologist Raywat Deonandan, an associate professor at the University of Ottawa.

That’s a level of protection Canada won’t hit for quite some time after a vaccine becomes available, assuming enough residents get the shot.

“If we don’t get there, then we have a functioning society, with some restrictions still in place, like distancing and mask wearing and maybe limits on gatherings, but no more lockdowns and things like that,” he said.

“So either way, the vaccine is going to help us.”

A global race for a safe and effective COVID-19 vaccine is underway. More than 160 of them are in different stages of testing around the world. Canada is in this race too. A group of scientists at the University of Saskatchewan’s VIDO-InterVac – the Vaccine and Infectious Disease Organization in Saskatoon – are trying to get through a decade’s worth of testing and approvals as early as next year. Today on Front Burner, CBC Saskatoon reporter Alicia Bridges takes us inside a lab working on a Canadian COVID vaccine, and inside the lives of the scientists trying to find it. 28:37