As John Davies walks through a burned-out forest in the hills outside Penticton, B.C., a small cloud of ash puffs up around his boots.

The ground is scorched and tree trunks are blackened.

“Fire came down this slope towards the road and firefighters were here,” he told CBC News, gesturing to a steep hillside.

In late August, a fire ripped through the tinder-dry area. Hundreds of people living in nearby homes were forced to flee.

Walking along a dirt road that snakes its way through the forest, he explained how firefighters made a stand.

“They were able to stop it at the road and prevent it from moving towards the other side and the homes.”

Davies is a forester and wildfire management specialist who runs a company called Frontline Operations, which deals with fire mitigation.

In this stand of timber, while the landscape is blackened on one side of the road, there is life on the other, where trees and grass remain untouched.

Davies said this forest is a great example of how thinning out the woodlands can make a huge difference when it comes to slowing the spread of fires.

Several years ago, a crew removed the most volatile debris, including fallen timber on the forest floor and small trees with little room between them

“They pruned the trees. You can see all the lower branches were removed around us here,” he said, gesturing at the canopy overhead.

“The idea behind that is if there’s a fire on the ground, it doesn’t have fuel to get into the treetops above us.”

Greater spacing between trees and less fuel on the ground mean fires don’t advance as quickly or burn as intensely, buying time for crews trying to get things under control.

A few hundred metres away, Paul Edmonds lives with his family in a house on the mountain slope.

He clearly remembers Aug. 18, as he watched the fire grow incredibly quickly while he stood on his front porch.

From the size of a campfire to a football field

The entire community was evacuated, with Edmonds and others packing their bags and leaving. One home was lost after drifting embers ignited its cedar roof.

Edmonds’s career is in emergency management and he’s helped many others over the years in similar situations, but it was the first time he had to evacuate his own home.

He said he is paying close attention to the devastating fires south of the border and is worried about the future of Canada’s forests and the people who live in or near them.

“We have to be much more aware. Look at the warning signs that have happened in California, Oregon and close to us, Washington [state].”

In the U.S. at least 37 people have died in this year’s fire season and California lost the most area ever to fires. Oregon and Washington state also broke records for the size and severity of fires. On this side of the border, B.C. has had a remarkably mild year when it comes to wildfires, helped out by cooler and wetter weather than normal.

But climate scientists and fire experts say this year is an anomaly.

She said a warmer climate will mean longer fire seasons, more pronounced droughts and a greater area burned in Canada.

“Even for us as fire scientists, who think about these things and are looking for solutions to these problems, we find it quite overwhelming.”

She said what she’s seeing in the U.S. these past few weeks is troubling and is taking place years earlier than expected

Daniels said there has been a slow but steady acceptance that more needs to be done to protect homes and property in Canada from wildfire.

This includes projects such as thinning out forests and creating fire breaks, but it also means building homes using fire-resistant materials and landscaping for fire resistance as well as beauty.

But there are significant obstacles, including the cost of retrofitting homes by replacing cedar shingles with metal, for instance. Some homeowners also enjoy having trees close to their houses for privacy or shade. 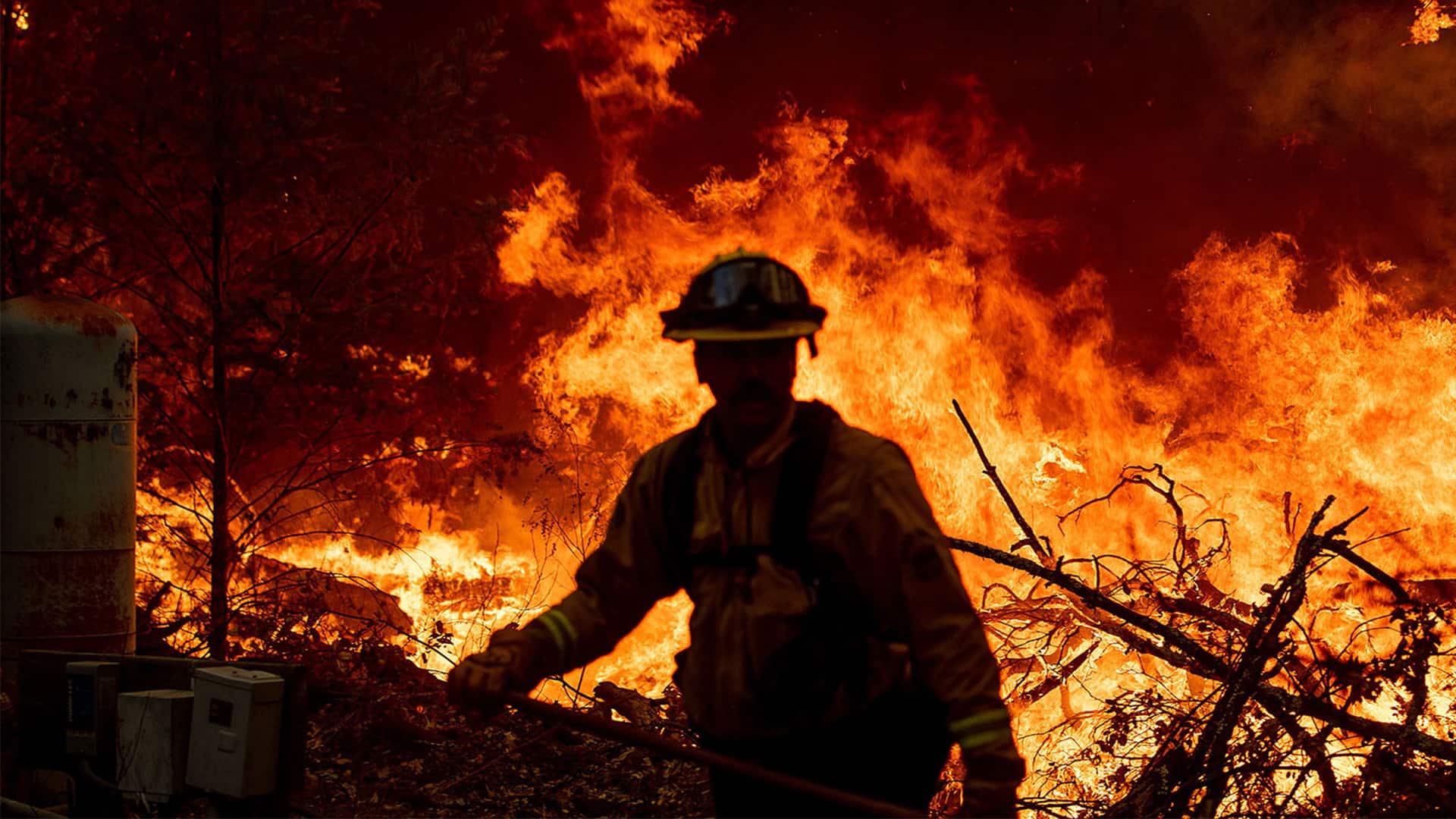 The raging wildfires across the western U.S. should serve as a warning for Canadian foresters who are also looking to learn lessons from what’s happened south of the border. 3:10

On a number of occasions, U.S. President Donald Trump has talked about “raking” or “cleaning” forests in California. Most recently, as record-setting fires scorched California, he said, “You gotta clean your floors, you gotta clean your forests.” He made the comments while also denying ongoing climate change is a root cause of the problem.

Despite the controversy and confusion around Trump’s remarks, foresters say the idea has merit and has been practised for decades. On the ground, though, progress is slow, largely because of the cost of the labour-intensive practice, coupled with the enormous forested area in Canada.

B.C. recently announced hundreds of new jobs dedicated to the task, but the province has 60 million hectares of forest, meaning only a small fraction of the woodlands can be treated.

Green shoots in the ash

Back at the burned-out forest near Penticton, Davies spots a green shoot in the ash-covered forest floor.

“Look at the grass starting to come in here,” he said, pointing to a few fresh blades surrounded by black.

He said it’s a sign the fire didn’t burn too hot or too deep here, which would have prolonged the forest’s recovery. He said new growth should take hold quickly, and many of the trees, although scorched, have survived.

The difference in this spot, he said, is that it was part of the area treated to be more fire-resistant.