The Toronto Maple Leafs will be without Wayne Simmonds until mid-March.

The team has announced the bruising winger is set to miss six weeks after suffering a broken wrist in Saturday’s 5-1 victory over the visiting Vancouver Canucks.

Simmonds, 32, scored twice in the game, but took a clearing attempt off his left arm in the third period. The injury was looked at by a trainer on the bench before Simmonds headed to the dressing room for more treatment.

The Toronto native, who signed a one-year, $1.5-million US contract in free agency to play in his hometown with the Leafs looking to add grit and leadership, failed to register a point in the first half-dozen games of the abbreviated schedule, but put up five goals in his last six outings.

The net-front presence on one of Toronto’s potent, balanced power-play units, Simmonds skated with John Tavares and William Nylander as part of the Leafs’ second line the last two games.

The club is already minus another veteran voice, with 41-year-old Joe Thornton still recovering from a fractured rib suffered Jan. 20, while rookie Nick Robertson has been out since sustaining a knee injury Jan. 16.

“He’s a big loss for us,” head coach Sheldon Keefe said of Simmonds prior to Monday’s three-game series finale versus Vancouver at Scotiabank Arena at 7 p.m. ET. “He’s been playing well, not just with his play, but he brings a lot to our room in a lot of other areas.

“That certainly will be missed, but like other injuries that we’ve had, it’s opportunities for other people to step up.”

Keefe added the Leafs will go with 11 forwards and seven defencemen Monday as they look to sweep the Canucks, with second-year defenceman Rasmus Sandin seeing his first action in nearly 11 months because of the COVID-19 pandemic.

Toronto has outscored Vancouver 12-4 through the first two contests, including Thursday’s 7-3 triumph.

The Leafs opened the scoring on Saturday at 4:42 of the first when its lethal power play, which has now scored in 11 of its 12 outings, went to work. Simmonds took a pass from Mitch Marner at the side of the net and, with the cross-ice option to Auston Matthews taken away by a defender, instead roofed his fourth of the season in off the bar.

Auston Matthews on Wayne Simmonds: “He’s a great teammate &amp; he’s a great player. He really elevates our competitiveness with the way he plays &amp; the way he leads this team …”

Simmonds then hit two posts on the same shift as Vancouver, which didn’t register a shot attempt until Justin Bailey forced a save out of Andersen almost nine minutes in, struggled to keep up.

Simmonds added to the Canucks’ pain 1:48 later when he tipped home his fifth off point shot from rookie defenceman Mikko Lehtonen, who was inserted into the lineup with Travis Dermott (leg) out injured.

Drafted by Los Angeles in the second round in 2007, he’s added eight goals and 21 points in 44 playoff appearances.

Simmonds had his best years with Philadelphia Flyers, scoring at least 28 goals in his first five full seasons in the City of Brotherly Love, and cracking the 60-point mark in both 2013-14 and 2015-16.

Keefe said both Thornton and Robertson are at least a week away from returning, while Dermott could be available when Toronto travels to Montreal for a Wednesday matchup with the Canadiens. The blue-liner left Thursday’s game against Vancouver with what was described at the time as a charley horse. Backup goalie Jack Campbell also remains out with a leg injury.

The Leafs sat atop both the North Division and the NHL overall standings with 19 points heading into Monday’s games thanks to a 6-0-1 stretch. 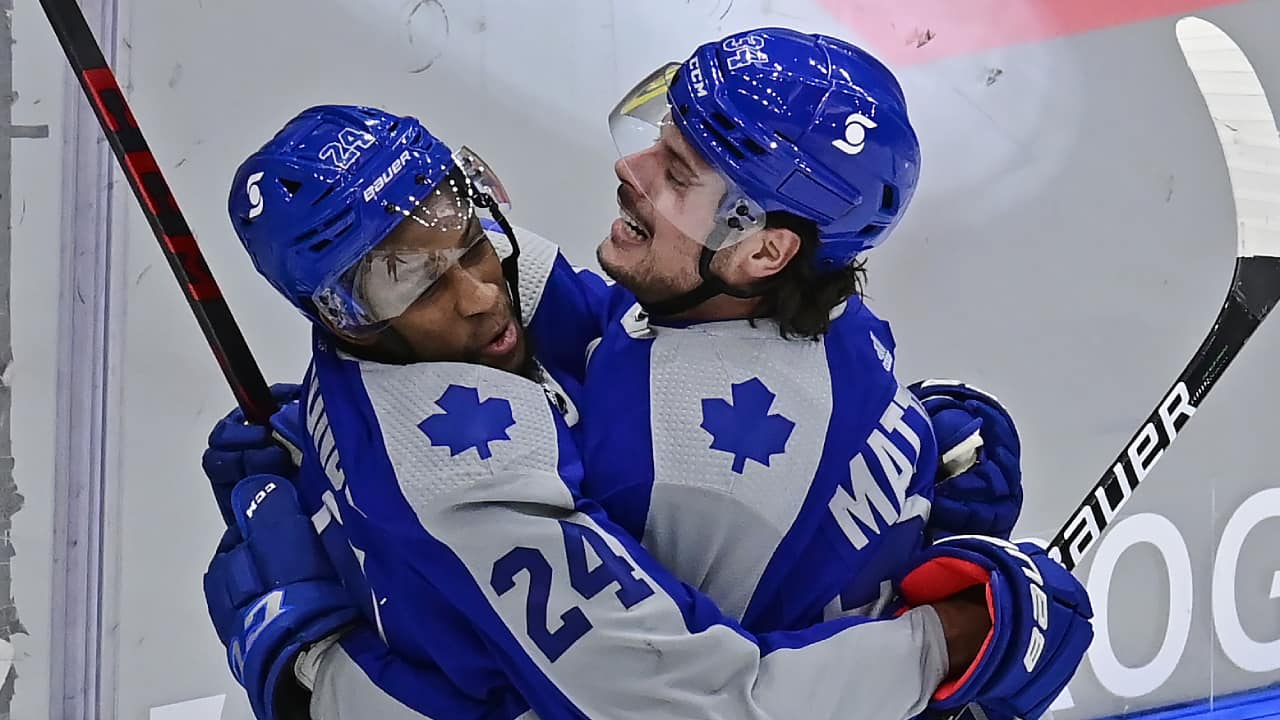 Auston Matthews potted his ninth and tenth goals of the season in Toronto’s 5-1 win over Vancouver. 0:56