Racing Louisville FC, the National Women’s Soccer League’s newest franchise for 2021, will fill out its roster Thursday night and there could be Canadian players involved.

The 2020 NWSL expansion draft is the first for the league since 2015 when the Orlando Pride joined and there will be yet another next season when Angel City FC enters the fray.

The Chicago Red Stars have full roster protection for the draft after making an earlier trade with Racing Louisville. It was a steep price, though, giving up forward Savannah McCaskill and midfielder Yuki Nagasato, international player slots in 2021 and 2022, plus the No. 5 pick in the 2021 college draft.

There are some big names available to Racing (hello, Megan Rapinoe and Tobin Heath), but while those names might look like obvious choices, there are a few things coach Christy Holly may have to consider.

More on the rules and who might don the lavender and midnight violet of Louisville after tonight’s draft:

So, what are the rules in a nutshell?

All clubs were allowed to protect 11 total players, including up to two U.S. allocated players. That list of protected/unprotected was submitted to the league last week.

There are Canadian “allotted” players, whose salaries are paid in part by Canada Soccer, but Canadians aren’t part of the allocation money equation in this expansion draft. 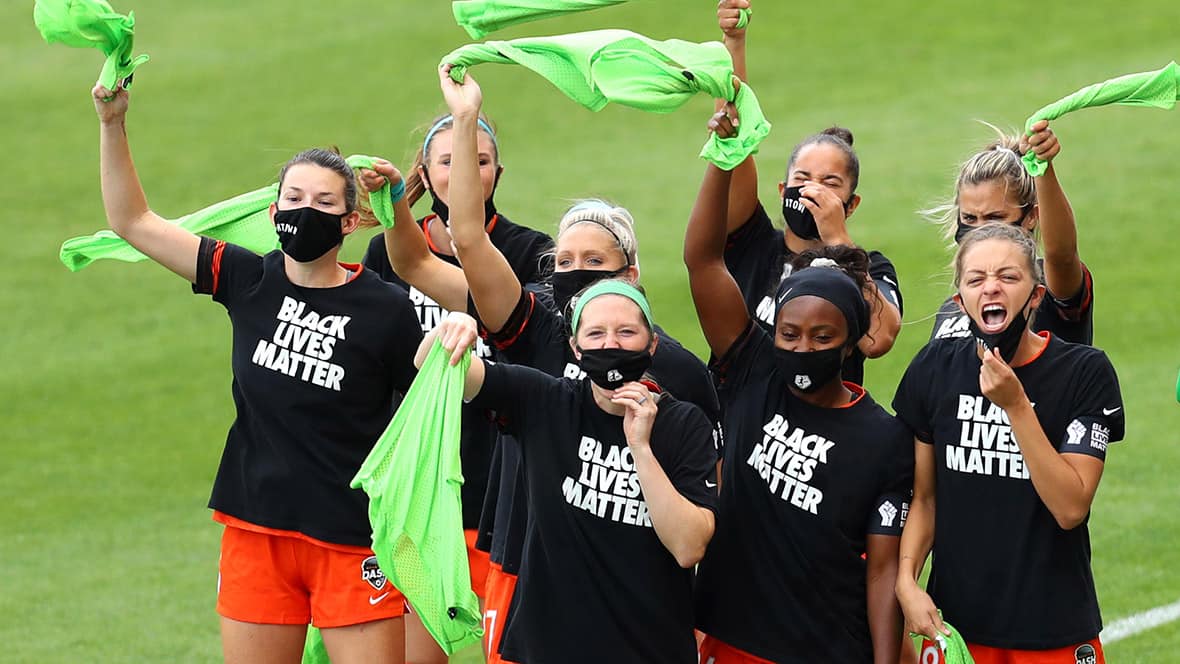 CBC Sports’ Signa Butler speaks with the NWSL’s new commissioner Lisa Baird about the league’s core values and its return to play. 4:45

Were any Canadian players left unprotected?

Yes, of the 14 Canadians who played in the league this past season, which was broken up into the Challenge Cup and Fall Series, nine are available.

Of these players, Labbe and Scott are national-team stalwarts, with two-time Olympic bronze medallist Matheson also back in the fold after injuries. All three are approaching their mid-30s and nearing the end of their international and professional careers, but could provide a veteran presence on an expansion club for a couple seasons.

Fellow Team Canada regulars Zadorsky, 28, is on loan to Tottenham with an option to make the move permanent and Quinn, 25, is on loan to Vittsjö in Sweden.

What’s Louisville’s philosophy for the draft?

Well, only coach Holly knows that for sure, but to start, you want players who actually want to be in Louisville. Some of the veteran NWSL players are already established in their home cities and likely aren’t looking to uproot their lives.

For instance, as tempting as it may be, you’re probably not going to waste a pick on a player like Rapinoe or Heath unless you have assurances they’ll be joining you. Rapinoe did not play this season for OL Reign and Heath, who opted out of the Portland Thorns’ season, is currently on loan to Manchester United in the FA Women’s Super League. Ideally, Louisville will want a name fans will recognize and be excited to watch, a player you can build around. Coach Holly will also have at the back of his mind, if he chooses a U.S. allocated player, they would be gone for a chunk of Racing’s inaugural season because of the Tokyo Olympics.

By all accounts, the Racing Louisville franchise is well supported. That could be attractive to any incoming player. The parent club, which also runs USL champions Louisville City FC, have a brand new soccer-specific stadium that seats just over 15,000 as well as a massive training facility under construction with three natural grass and four turf fields.

What’s next on the NWSL calendar?

Not much rest for these teams. The trade window opens Friday at 9 a.m. ET. After that, it’s very much up in the air because of the COVID-19 pandemic.

The league’s college draft date hasn’t been announced and could even go in the spring due to postponements in the NCAA calendar and there isn’t yet a projected start date for the 2021 season.