Phil Mickelson and Basketball Hall of Famer Charles Barkley cruised to victory over three-times NBA champion Stephen Curry and retired Super Bowl-winning quarterback Peyton Manning in the third iteration of “The Match” on Friday in Arizona.

After taking a 4-up lead through seven holes, Barkley sent a mid-match dagger when he spoke directly to the camera and said to get re-runs of television crime drama “Law & Order” ready in “about five more holes.”

Team Mickelson-Barkley lost the next hole and then the 11-times NBA all-star shanked his tee shot at the ninth but the duo were 3-up at the turn and remained in control. 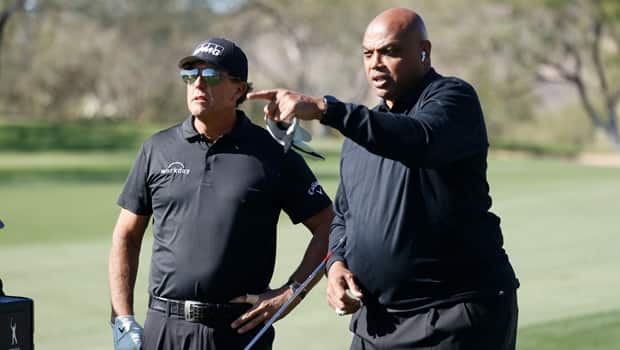 Mickelson and Barkley finally closed out the match with a birdie at the 15th hole, which they halved as Manning also drained his birdie putt.

While Manning and Curry are skilled golfers, Barkley has long struggled and been mocked for his game but he was better than expected under the tutelage of Mickelson, who dished out several tips throughout the match.

The event was closed to the public due to COVID-19 and served as a fundraiser for Historically Black Colleges and Universities.

The first edition of The Match was played in 2018 at Shadow Creek in Las Vegas where Mickelson beat Tiger Woods in a winner-take-all $9 million showdown.

A rematch was held in May at Medalist Golf Club in Hobe Sound, Fla., where Woods and Manning beat Mickelson and six-times Super Bowl-winning quarterback Tom Brady in an event that raised over $20 million US for COVID-19 relief.