Britain is preparing to become the first country to roll out the Pfizer/BioNTech COVID-19 vaccine this week, initially making the shot available at hospitals before distributing stocks to doctors’ clinics, the government said on Sunday.

The first doses are set to be administered on Tuesday, with the National Health Service (NHS) giving top priority to vaccinating the over-80s, frontline health-care workers and care home staff and residents.

Britain gave emergency use approval for the vaccine developed by Pfizer and BioNTech last week — jumping ahead in the global race to begin the most crucial mass inoculation program in history.

In total, Britain has ordered 40 million doses. As each person requires two doses, that is enough to vaccinate 20 million people in the country of 67 million.

About 800,000 doses are expected to be available within the first week. 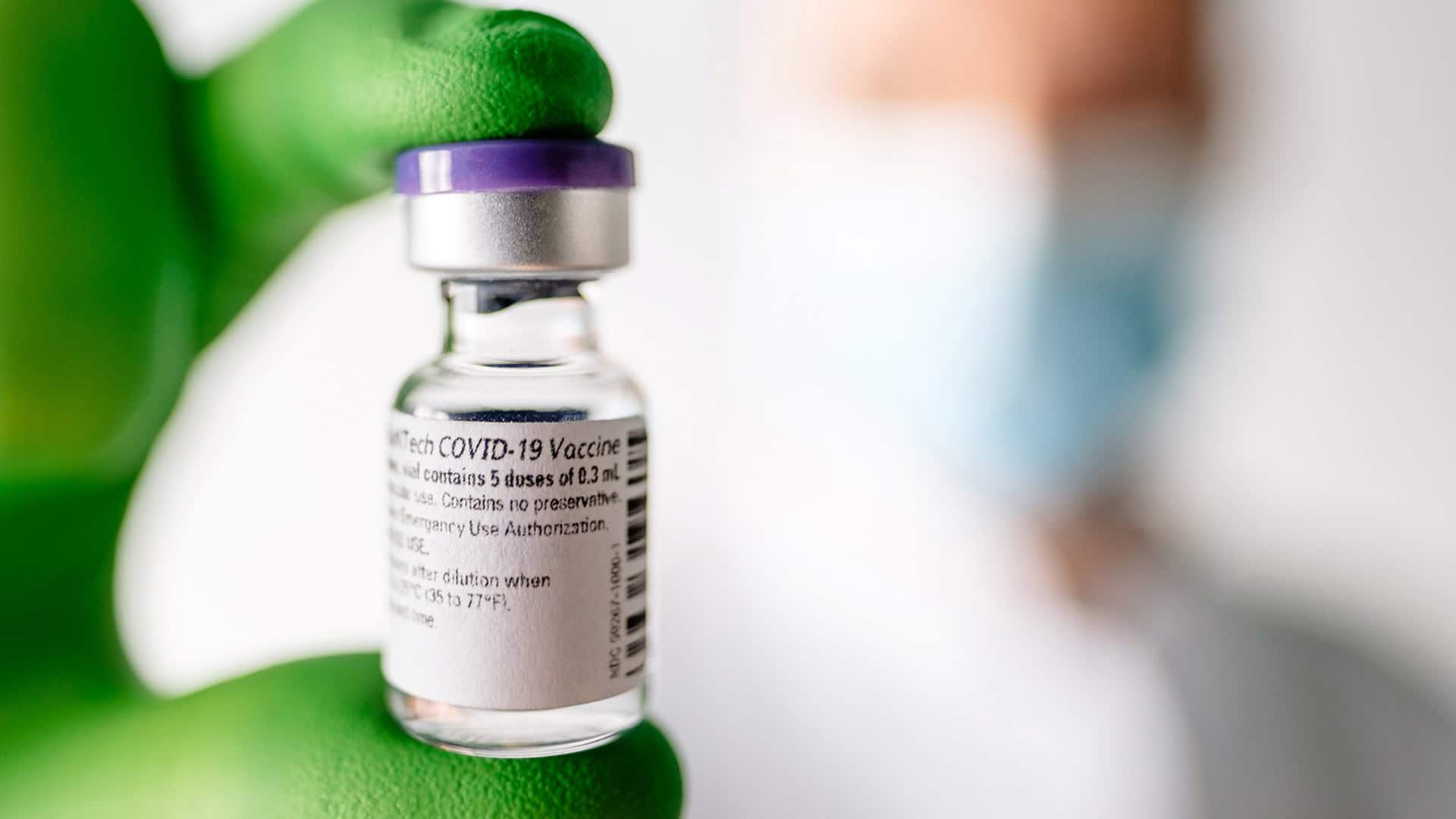 The U.K. is the first Western country to approve a COVID-19 vaccine. The government insists it hasn’t cut corners with Pfizer’s vaccine. But being first comes with its own challenges. 2:00

Initial doses that have arrived from Belgium are being stored in secure locations across the country, where they will be quality checked, the health ministry said.

The rollout coincides with a crucial and perilous moment in negotiations between Britain and the European Union on a post-Brexit trade agreement.

A status quo transition period will end on Dec. 31 and a no-deal scenario would lead to major disruptions in the movement of goods between Britain and EU countries such as Belgium.

The Observer newspaper reported on Sunday that, under U.K. government contingency plans, tens of millions of vaccine doses could be flown to Britain by military aircraft to avoid delays at ports caused by Brexit.

The head of the medicines regulatory agency that approved the vaccine, June Raine, was asked whether she was concerned that a no-deal risked disrupting the rollout.

“We’ve practised, we are ready, we are fully prepared for any possible outcome,” Raine said in an interview on BBC television.

The Pfizer/BioNTech vaccine has onerous storage requirements. It needs to be kept at -70 C and only lasts five days in a regular fridge.

For that reason, the health ministry said the vaccine would first be administered in 50 hospitals. It said it would take a few hours to defrost each vaccine and prepare it for use.

NHS England has written to general practitioners, telling them to get ready to start giving vaccinations through local doctors’ services from Dec. 14.

Rather than run clinics in individual surgeries, groups of local doctors will operate more than 1,000 vaccination centres across the country, the government said.

Boxes of the vaccine contain five packs of 975 doses, but special regulatory approval is needed to split them up. A senior medical official has said that while he was hopeful it would be possible to split the packs and deliver straight to care homes, it was not guaranteed.

Queen to get vaccine

Britain is among the first nations to roll out vaccinations outside the context of a clinic trial, raising hopes that the tide could soon turn against a virus that has killed nearly 1.5 million people globally and hammered the world economy.

With high levels of vaccine skepticism worrying public health experts, the Times and Mail on Sunday newspapers reported that Queen Elizabeth, 94, and her husband Prince Philip, 99, would “let it be known” when they had received the jab.

The Queen is highly admired in British society, and her public backing for the vaccine would be a powerful message to counter anti-vaccination misinformation circulating online.