Donald Trump’s defence lawyers will make their case on Friday why the former U.S. president is not guilty of inciting last month’s deadly riot at the Capitol, as the Senate races toward a final vote in his second impeachment trial as soon as Saturday.

Trump’s lawyer, David Schoen, said the defence team would take “three to four hours” on Friday to lay out its arguments against convicting Trump of inciting the Jan. 6 riot, which sent lawmakers scrambling for safety and resulted in the deaths of five people, including a police officer.

Schoen did not discuss the defence strategy, but Trump’s lawyers have argued his rhetoric was protected by the First Amendment’s guarantee of free speech and that prosecutors had not directly connected the actions of the rioters to Trump.

Democratic prosecutors on Thursday wrapped up two days of arguments for Trump’s conviction, saying the Republican knew what would happen when he exhorted supporters to march on the Capitol as Congress gathered to certify Democrat Joe Biden’s election win, and that he should be held accountable. 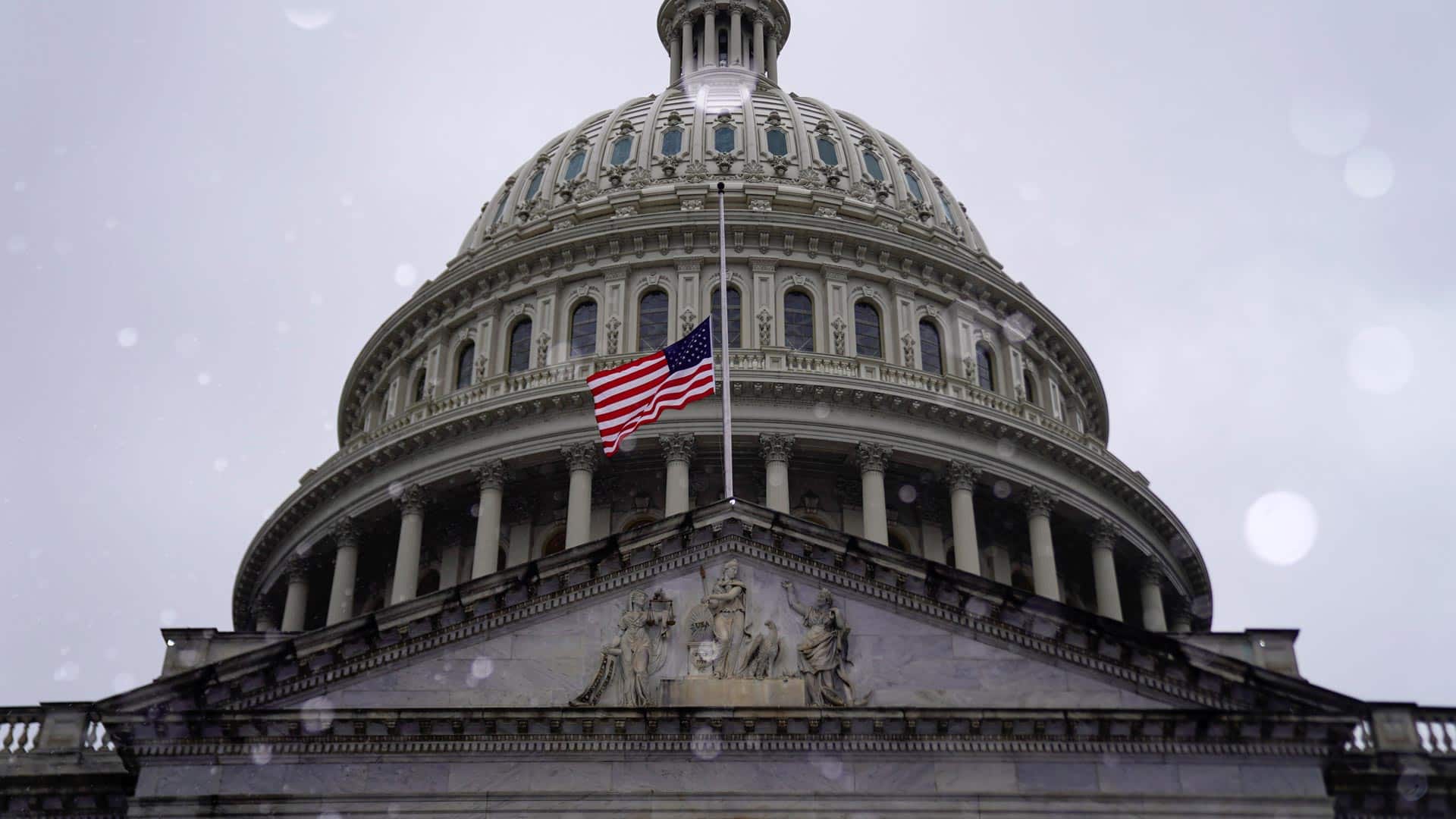 House prosecutors wrapped up their impeachment case against Donald Trump on Thursday insisting the Capitol invaders believed they were acting on ‘the president’s orders’ to stop Joe Biden’s election and warning that he would do it again if not convicted. 2:44

“If he gets back into office and it happens again, we’ll have no one to blame but ourselves,” lead impeachment manager Rep. Jamie Raskin told senators.

The Democratic-controlled House of Representatives charged Trump on Jan. 13 with inciting the insurrection, but Democrats are unlikely to gain a Senate conviction and bar Trump from running for office again.

Conviction requires a two-thirds majority in the 100-member Senate, which means at least 17 Republicans would have to defy Trump despite his continued popularity among Republican voters.

On Tuesday, the Senate voted largely along party lines to move ahead with the impeachment trial even though Trump’s term ended on Jan. 20. Six of 50 Republican senators broke with their caucus to side with Democrats.

In their arguments, the Democratic prosecutors provided numerous examples of Trump’s actions prior to the rampage to illustrate what he intended when he told supporters to go to the Capitol and “fight like hell” as lawmakers convened for the election certification.

Trump falsely claimed his Nov. 3 election loss was the result of widespread fraud.

“He knew that egged on by his tweets, his lies and his promise of a ‘wild’ time in Washington to guarantee his grip on power, his most extreme followers would show up bright and early, ready to attack, ready to engage in violence, ready to ‘fight like hell’ for their hero,” Raskin said. 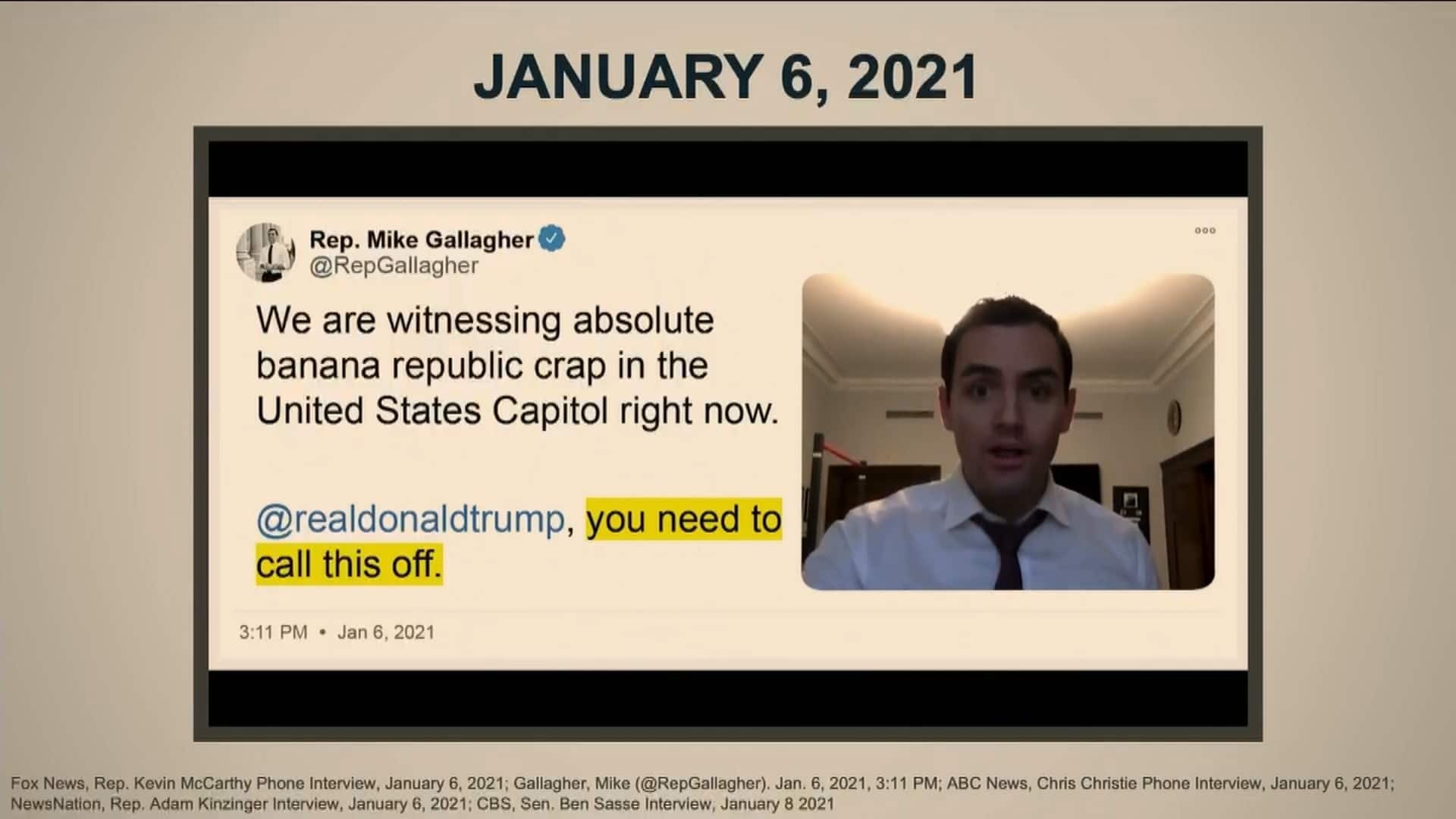 Several Republican senators praised the presentation of the Democratic House prosecutors, although they questioned whether it had changed any minds.

“There was a lot of useful information presented today and the Democrats certainly presented an emotionally jarring and powerful argument, but it doesn’t change my opinion that removing a former president from an office he no longer holds is unconstitutional,” Republican Sen. Mike Braun tweeted.

Three Republican senators who are sitting as jurors at the trial — Ted Cruz, Lindsey Graham and Mike Lee — met with the Trump defence team on Thursday night to discuss its legal approach, a source familiar with the meeting said.

“We were discussing their strategy for tomorrow and we were sharing our thoughts in terms of where the argument was and where it should go,” Cruz told reporters.

Republican Senator Bill Cassidy told reporters he wanted to hear the defence respond to the timeline laid out by House prosecutors detailing Trump’s inaction as the riot developed and his call to a senator even as lawmakers were being evacuated.

“Now, presumably since we were at that point being evacuated I think … there was some awareness of the events,” Cassidy said. “And so what I hope the defence does is explain that.”

Neither side has so far announced an intention to call witnesses, leaving senators on track for final arguments and a vote as soon as Saturday.

Trump is the first U.S. president to be impeached twice and the first to face trial after leaving office. His first impeachment trial, which stemmed from his efforts to pressure Ukraine to investigate Biden, ended in an acquittal a year ago in what was then a Republican-controlled Senate.