U.S. President Donald Trump said on Thursday he will leave the White House if the electoral college votes for president-elect Joe Biden, the closest he has come to conceding the Nov. 3 election, even as he repeated his unfounded claims of massive voter fraud.

Speaking to reporters on the U.S. Thanksgiving holiday, Trump, a Republican, said if Democrat Biden — who is due to be sworn in on Jan. 20 — is certified the election winner by the electoral college, he will depart the White House.

But he also said it would be hard for him to concede under the current circumstances and declined to say whether he would attend Biden’s inauguration.

“This election was a fraud,” Trump insisted in a sometimes rambling discourse at the White House, while continuing to offer no concrete evidence of widespread voting irregularities.

Biden won the election with 306 electoral college votes — many more than the 270 required — to Trump’s 232, and the electors are scheduled to meet on Dec. 14 to formalize the outcome. Biden also leads Trump by more than six million in the popular vote tally.

WATCH | Trump says he will leave the White House if the electoral college votes for Biden: 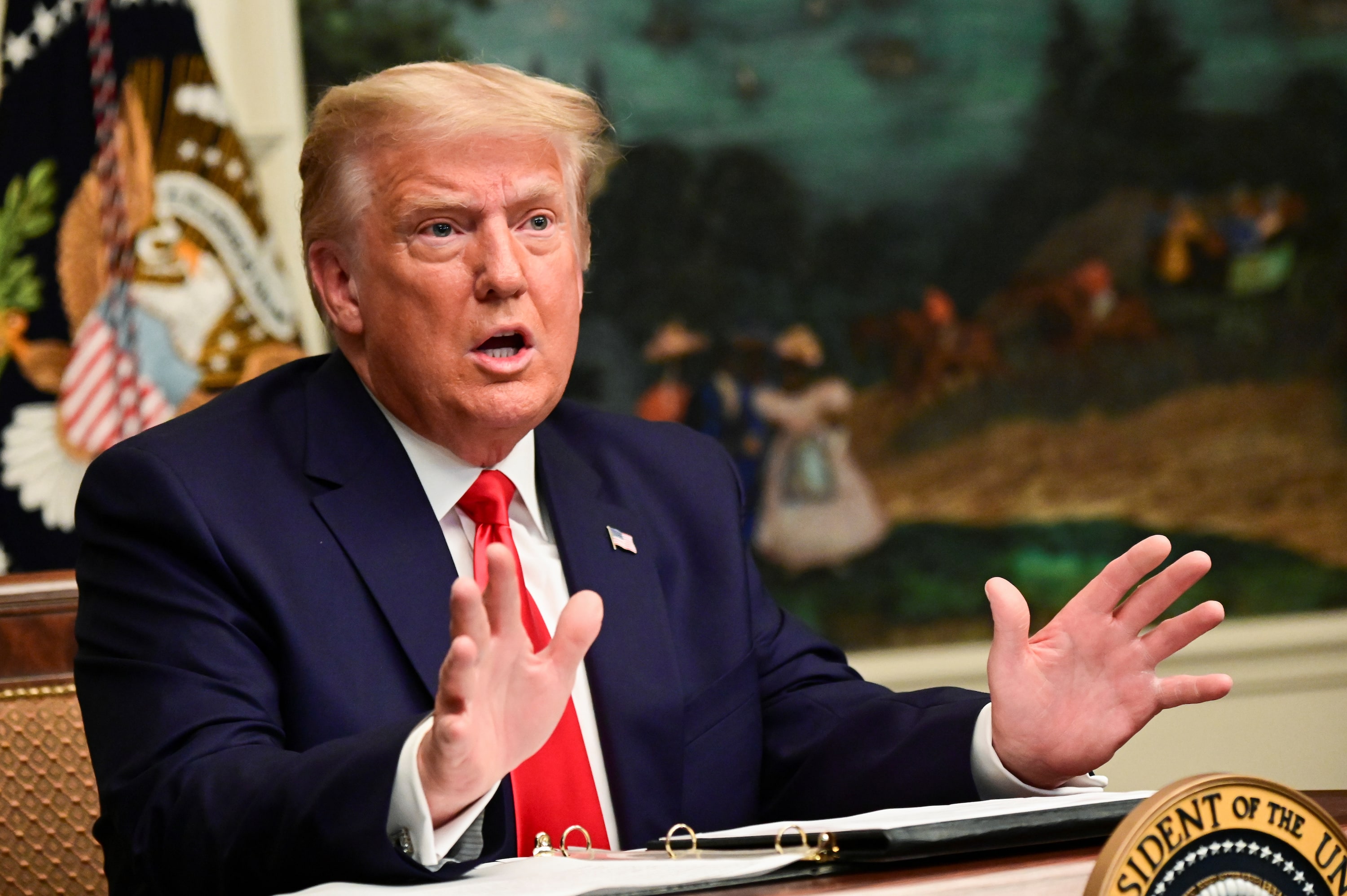 U.S. President Donald Trump, in a testy exchange with reporters, finally says he will leave the White House if Joe Biden is declared the winner of the electoral college vote. 1:06

Efforts to overturn results have failed

Trump has so far refused to fully acknowledge his defeat, though last week — with mounting pressure from his own Republican ranks — he agreed to let Biden’s transition process officially proceed.

“But I think that there will be a lot of things happening between now and the 20th of January. A lot of things,” he continued. “Massive fraud has been found. We’re like a third world country.”

Desperate efforts by Trump and his aides to overturn results in key states, either by lawsuits or by pressuring state legislators, have failed, and he is running out of options.

In the United States, a candidate becomes president by securing the most electoral votes rather than by winning a majority of the national popular vote. Electors, allotted to the 50 states and the District of Columbia largely based on their population, are party loyalists who pledge to support the candidate who won the popular vote in their state.

Several election law experts have pointed out that Trump does not have to concede.

During the news conference, Trump went on to denounce officials in battleground states he’d lost, including Pennsylvania and Georgia, as “communists” and “enemies of the state.”

State officials and international observers have repeatedly said no evidence of mass fraud exists, and Trump’s campaign has repeatedly failed in court.

Trump announced he’d be travelling to Georgia to meet with what he said would be tens of thousands of supporters on Dec. 5, ahead of two runoffs there that will likely determine whether Republicans or Democrats control the Senate.

Emily Murphy, the top official at the General Services Administration, declared Biden the “apparent winner” Monday, a procedural yet critical step that allowed for the transition to begin in earnest. She cited “recent developments involving legal challenges and certifications of election results.”

But one day after Trump said his administration should begin working with Biden’s team, three more lawsuits were filed by allies attempting to stop the certification in two more battleground states.

In Minnesota, a judge did not rule on the suit and the state certified the results for Biden. Another was filed in Wisconsin, which doesn’t certify until Tuesday. Arizona Republicans filed a complaint over ballot inspection; the state certification is due Monday.

In Pennsylvania, where state Republican lawmakers met at Gettysburg on Wednesday to air grievances about the election, Trump lawyer Rudy Giuliani attended in person and Trump dialled in from the Oval Office.

“We have all the evidence,” Trump asserted. “All we need is to have some judge listen to it properly without having a political opinion.”

But the strongest legal rebuke yet came from a conservative Republican judge in federal court in Pennsylvania, who on Saturday dismissed the Trump team’s lawsuit seeking to throw out the results of the election. The judge admonished the Trump campaign in a scathing ruling about its lack of evidence. The campaign has appealed.