Trump was facing intense pressure to turn around his campaign, hoping for the type of last-minute surge that revived his candidacy four years ago and plunging into an aggressive travel schedule despite the pandemic. But his lack of a consistent message, the surging virus cases and his attacks on experts like Dr. Anthony Fauci could undermine final efforts to appeal to voters outside of his most loyal base.

Speaking to campaign aides on a conference call, Trump said he believes he’s going to win, allowing that he didn’t have that same sense of confidence two weeks ago when he was hospitalized with COVID-19. One week since returning to the campaign trail, where his handling of the pandemic is a central issue to voters, Trump blasted his government’s own scientists for their criticism of his performance.

“People are tired of hearing Fauci and all these idiots,” Trump said of the government’s top infectious disease expert. “Every time he goes on television, there’s always a bomb. But there’s a bigger bomb if you fire him. But Fauci’s a disaster.” Fauci is head of the National Institute of Allergy and Infectious Diseases and a member of the White House coronavirus task force. Trump has needled Fauci over his advice on wearing face masks.

The president’s rejection of scientific advice on the pandemic has already drawn bipartisan condemnation.

Fauci, in an interview with CBS’s 60 Minutes that aired Sunday, said he was not surprised that Trump contracted the virus after he held large events with few face coverings. Fauci also recently objected to the president’s campaign using his words in a campaign ad.

“I was worried that he was going to get sick when I saw him in a completely precarious situation of crowded, no separation between people, and almost nobody wearing a mask,” Fauci said of Trump.

Trump walks back criticism of Fauci

Trump held his call with campaign staffers from Las Vegas, where he was on the third day of a western campaign swing. He was to hold Arizona rallies in Prescott and Tucson later in the day before returning to the White House.

The president’s professed confidence stood in contrast to his public comments in recent days reflecting on the prospect that he could lose.

WATCH | Fauci and Trump disagree on when a COVID-19 vaccine could be available: 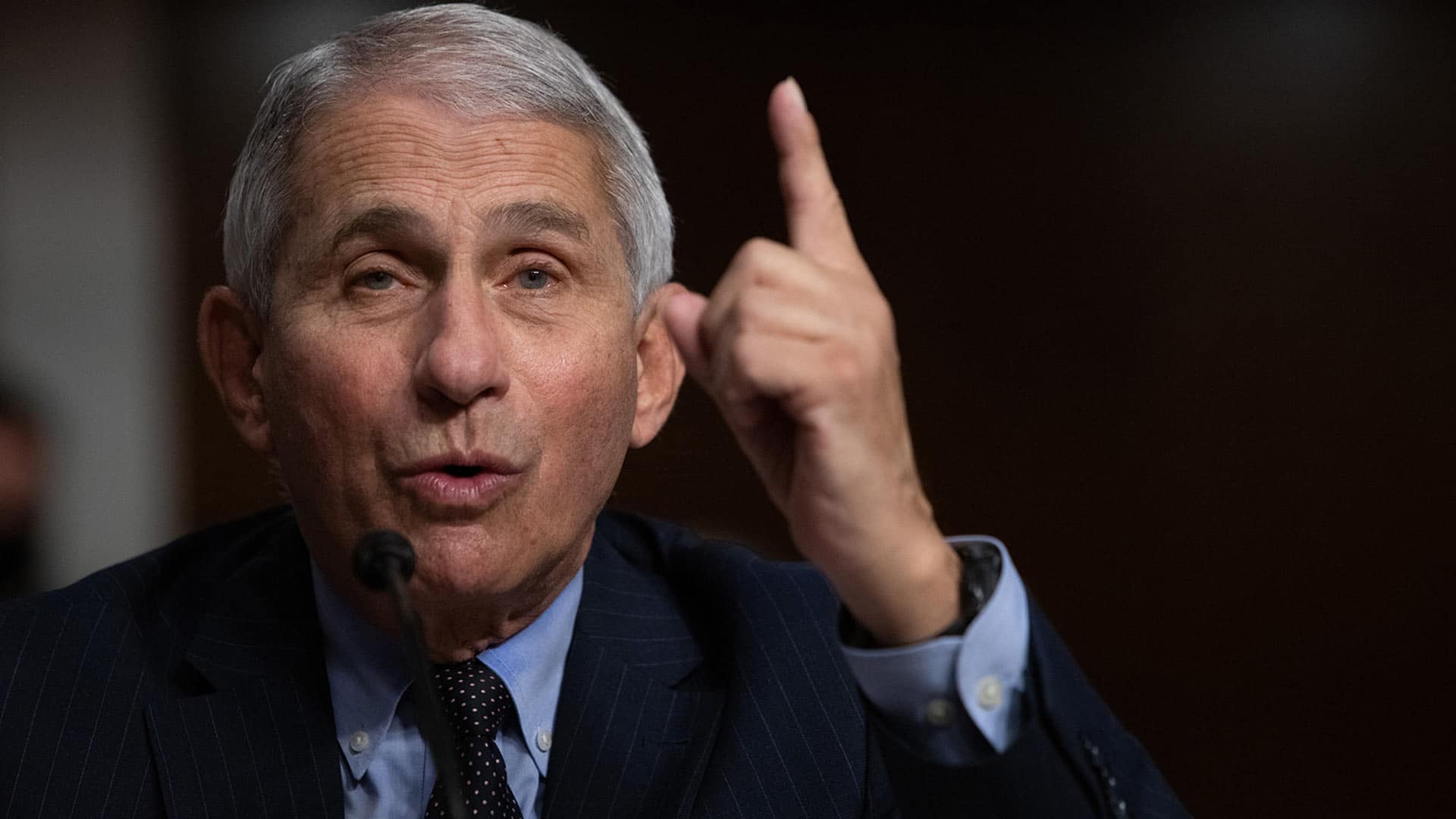 While top U.S. health officials, including Dr. Anthony Fauci, testify before a Senate committee about the coronavirus response, President Donald Trump continues to claim a vaccine is just around the corner and mocks his adversary Joe Biden for wearing a mask. 1:56

“If Crazy Joe becomes president, it’s not even conceivable,” he told a rally crowd in Janesville, Wis., over the weekend. “Running against him, it puts such pressure because I’m running against the worst in the history,” he said.

Trump later walked back his comments about Fauci, saying that the expert is a “very nice man,” but that he has “made some bad calls.”

Trump trailing in some polls

On Sunday, Trump expressed confusion that he could possibly be tied with Biden in Nevada — where polls actually show the president trailing.

“How the hell can we be tied?” he asked at a rally in Carson City. “What’s going on? … We get these massive crowds. He gets nobody. And then they say we’re tied. … It doesn’t make sense.”

The Republican president, as he often does, warned that a Biden election would lead to further lockdowns and appeared to mock Biden for saying he would listen to scientists.

Biden, meanwhile, was in Delaware for several days of preparation ahead of Thursday’s final presidential debate.

The Democratic presidential candidate did not answer questions about Trump’s comments as he left the taping of a television interview in Delaware on Monday.

But his campaign released a statement noting that the pandemic has now killed nearly 220,000 Americans, seen more than eight million confirmed coronavirus cases nationwide and cost millions of jobs.

“Trump’s closing message in the final days of the 2020 race is to publicly mock Joe Biden for trusting science,” the statement said. “Trump is mocking Biden for listening to science. Science. The best tool we have to keep Americans safe, while Trump’s reckless and negligent leadership threatens to put more lives at risk.”