Instead of reflecting on the past, Vancouver Canuck goaltender Thatcher Demko is focused on the present.

When the Canucks were in danger of going off the rails, early in the new NHL season, Demko helped put the team back on track.

Vancouver (6-5-0) has won four straight games and climbed to over .500 for the first time this year. Demko has been in net for three of those wins and allowed just three goals on a combined 103 shots. This comes after giving up 11 goals on 73 shots in loses to the Calgary Flames and Montreal Canadiens in his first two starts.

“It’s all about turning the page,” said Demko.

The lanky 25-year-old had a relatively quiet night in making 23 saves in the Canucks 4-1 win over the Winnipeg Jets Saturday night at Bell MTS Place. Demko was asked if he’s returning to the form that saw him give up just two goals on 125 shots in three playoff games against the Vegas Golden Knights last summer. 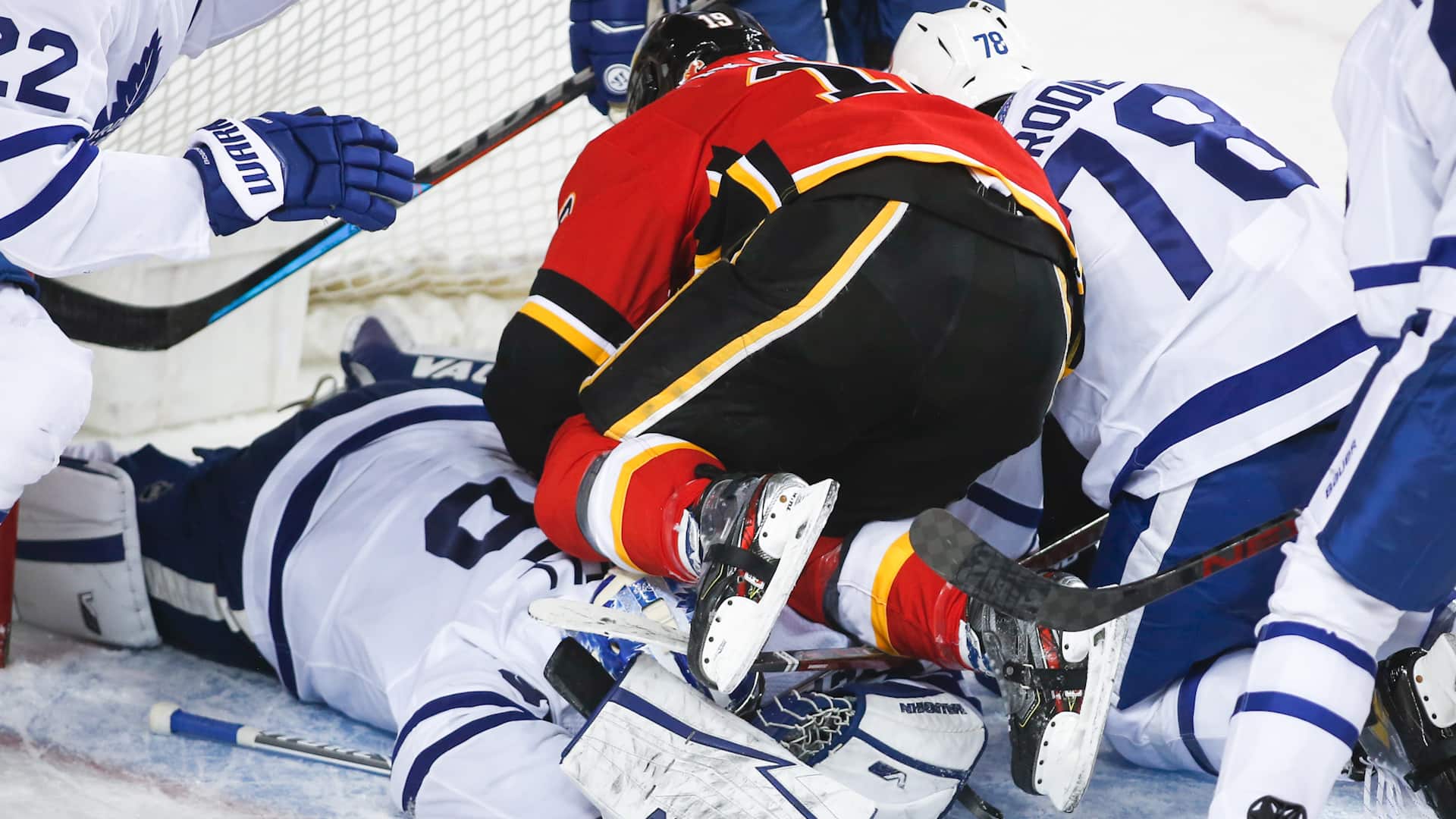 In our new weekly segment, Rob Pizzo catches you up on the week that was in the all-Canadian division in the NHL. 3:53

“I want to turn the page on the playoffs a little bit,” he said. “That was a great little run for me there. I’m all about moving forward and focusing on this year.

“I just want to keep building my game. There’s a lot of opportunity to continue developing this year. These last three games I think I’ve been able to do that.”

“He looks a little bit sharper, a little more confident than the first games he played,” said Green. “I think that’s just a byproduct of playing, getting in some games.”

Vancouver continues on a tough road trip with games Monday and Tuesday in Montreal, then three games in five nights against the Toronto Maple Leafs.

After an opening-night win against the Edmonton Oilers the Canucks were 1-5 in games against Calgary and Montreal. Vancouver turned things around with a three-game sweep of Ottawa, outscoring the Senators 16-3.

Netminder Braden Holtby, who signed as a free agent with the Canucks after 10 years with the Washington Capitals, said both goalies realized they had to play better.

“Both of us felt the same way,” said Holtby, who looked sharp in making 36 saves in a 4-1 win over Ottawa on Thursday. “It wasn’t like tear down and start over. We all wanted to be better top to bottom.

Besides better goaltending, the Canucks are also getting their scoring touch back.

Centre Elias Pettersson had just one assist in the Canucks’ first six games but has three goals and six points in the last five games.

“I will be honest, my first couple of games haven’t been the way I wanted to play,” said Pettersson, the league’s top rookie in 2019. “I’m the guy to put the most pressure on me. I always want to play good.”

The Lotto Line of Pettersson, J.T. Miller and Brock Boeser have managed eight goals and seven assists over the last four games. Boeser had consecutive two-goal nights against Ottawa and Winnipeg and headed into Sunday night’s play with a league-leading eight goals.

“I think my shot is feeling really good,” said Boeser, who had 16 goals in 57 games last season. “Our line wasn’t playing great. We started to play a lot better, so we need to continue that.”

Miller, who led the Canucks with 27 goals and 72 assists in 69 games last season, said it took him time to find his legs after missing the first three games of the year due to COVID-19 protocols.

“In the first three games [back] my legs were ceasing up halfway through the games,” he said. “It was hard.”

Feasting on the young Senators helped the Canucks’ confidence and the win against the Jets was Vancouver’s first in Winnipeg since December 2016.

The games against Montreal and Toronto will be a yardstick to see how much the Canucks have improved.

Heading into the Sunday night the Canucks led the league in allowing an average 35.9 shots a game and Vancouver’s power play was ranked 22nd in the league at 14.6 per cent.

Demko still believes the Canucks are trending in the right direction.

“We’re starting to get some of that chemistry that we were talking about,” he said. “When guys are on the same page, everything seems to move a little bit smoother. You start building confidence because you can trust the guy next to you a little more.

“I think guys are working really hard and it’s paying off.”