We’re answering your questions about the pandemic. Send yours to COVID@cbc.ca, and we’ll answer as many as we can. We publish a selection of answers online and also put some questions to the experts during The National and on CBC News Network. So far, we’ve received more than 54,000 emails from all corners of the country.

As COVID-19 cases rise in many provinces, Canadians are wondering how to celebrate Thanksgiving or hold other gatherings safely this fall. Are small dinner parties OK? Can you still have get-togethers outdoors? What if you wear masks and physically distance?

Here’s what the experts say.

Can we still celebrate Thanksgiving?

“It’s all too likely we won’t be gathering for Thanksgiving, said Prime Minister Justin Trudeau while announcing that British Columbia, Ontario and Quebec are in the second wave of COVID-19 on Sept. 23. But he suggested Christmas might still be on the table if we rein in gatherings for now. A day later, Quebec Health Minister Christian Dubé told Quebecers to cancel Thanksgiving plans.

Officials and medical experts have been emphasizing that the large, extended family gatherings with family members from all over are not a good idea this year.

But some say celebrations can still happen — they just need to be different to be safe.

“Now is the time to have your small, local nuclear family together and connect through Zoom, connect through virtual means with the rest of your family in other parts of the country,” said Dr. Bonnie Henry,  B.C.’s provincial health officer on Sept. 28. 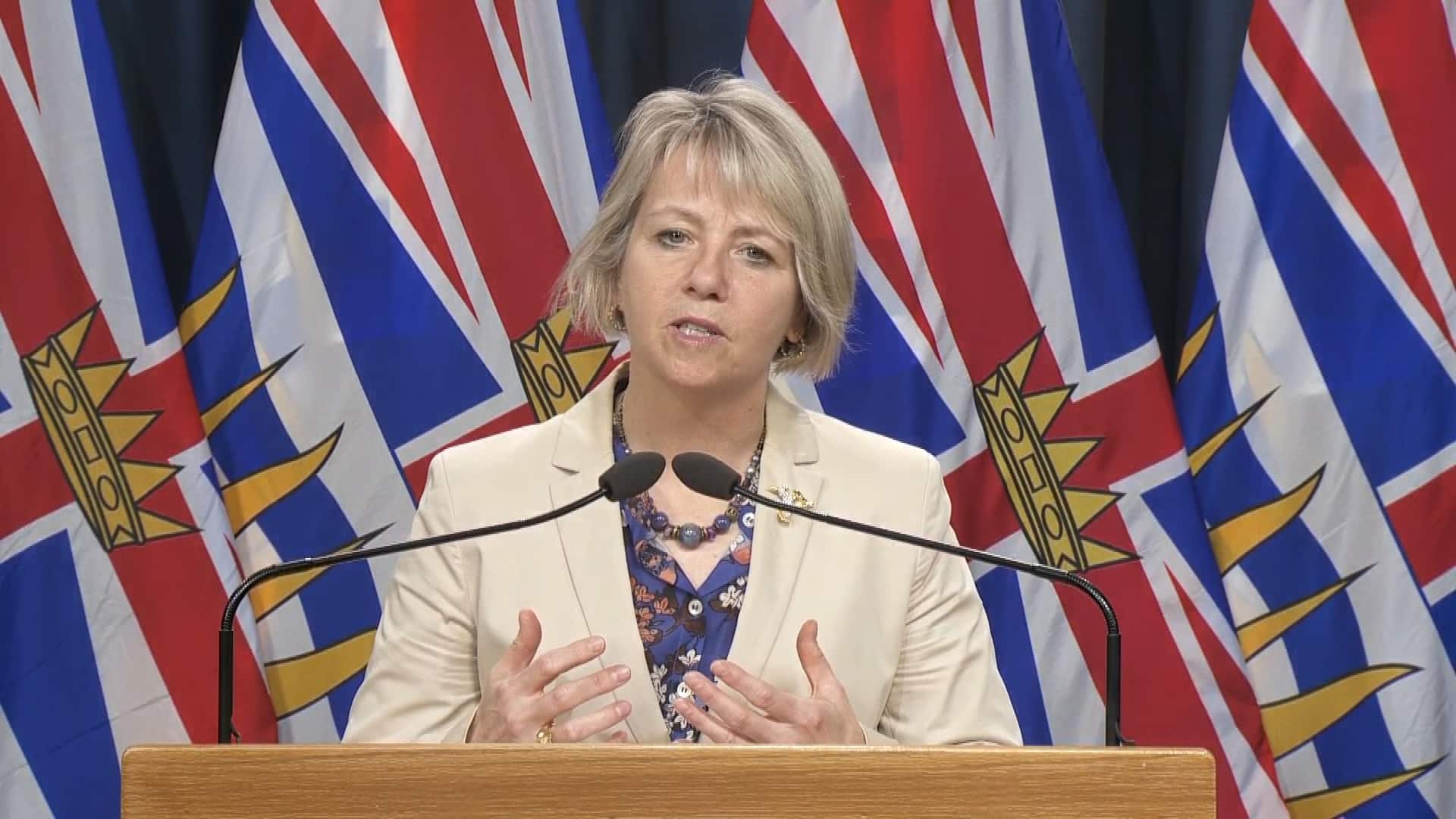 B.C.’s provincial health officer says we can give thanks through virtual gatherings. 1:09

What about university students? Should they get tested before coming home for the holidays?

There have been COVID-19 outbreaks at some universities (including institutions in Alberta, Ontario and Quebec). And at least one medical expert said it’s probably best if students studying in other cities don’t go home for Thanksgiving.

He said it would be better for families to send care packages to their kids at their schools instead.

Dr. Suzy Hota, an infectious disease specialist at the University Health Network and the University of Toronto, told CBC’s The National that there are two reasons not to rely on testing right now:

She added, “An individual could be incubating a virus, test negative, feel reassured by that and then come home and visit but then go on and develop symptoms and go on to infect others.”

WATCH | Are young people less likely to catch COVID-19 and get a severe infection? 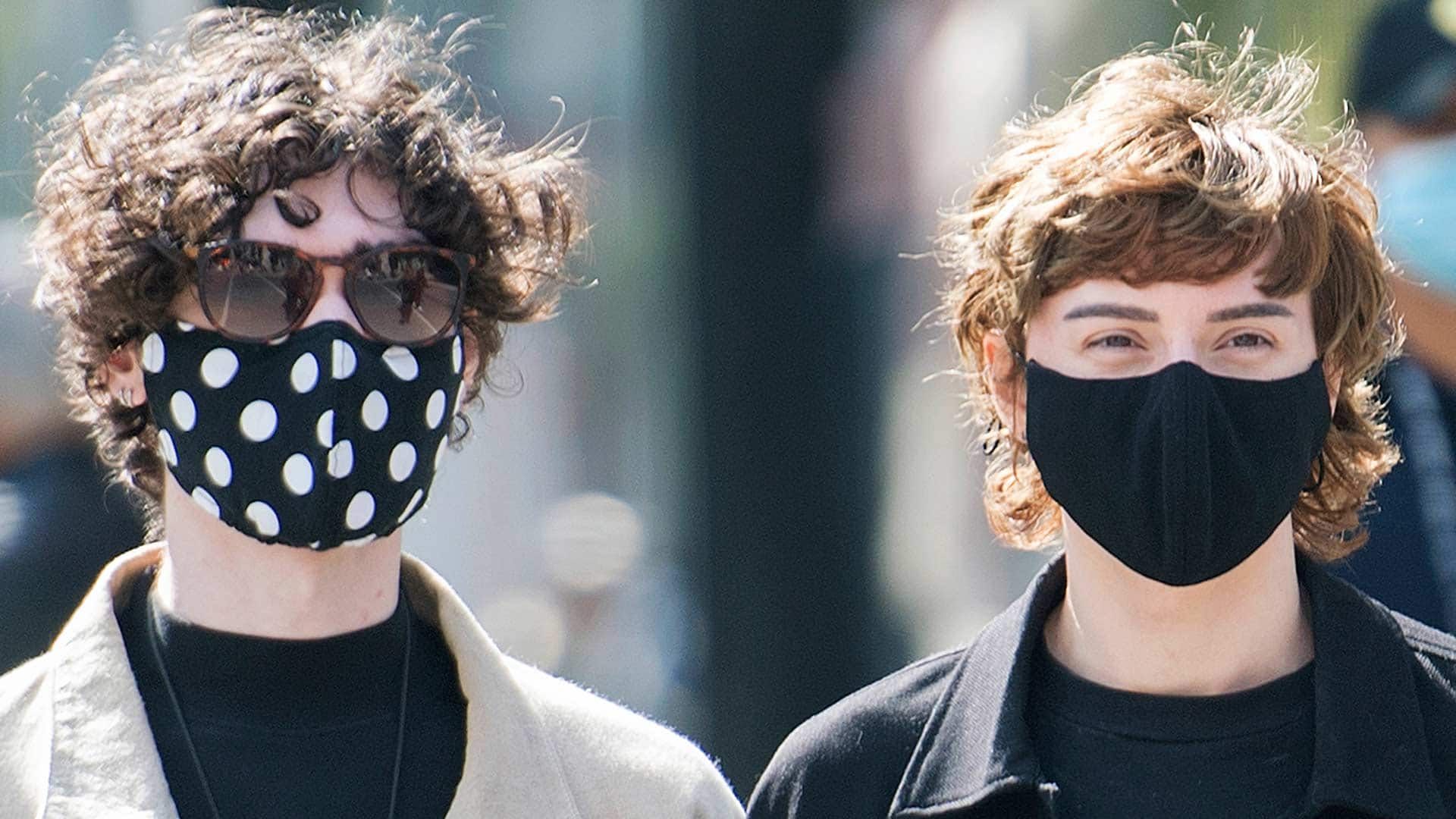 Doctors answer questions about COVID-19 including whether young people are less likely to get severely sick from COVID-19. 6:03

But can I still have a small dinner party?

“I think if you don’t live under that roof, you shouldn’t go into that house,” he told The National.

In fact, in the Montreal, Quebec City and Chaudière-Appalaches regions of Quebec, legally you can’t visit other people’s homes between Oct. 1 and Oct. 28 due to new provincial rules imposed as COVID-19 cases soar in those regions. Police have also been given legal tools to enforce those rules, and violators can get $1,000 fines.

While not recommended, legally small gatherings in homes is still allowed in most parts of Canada. But you should check how many people are allowed, as some regions, including Winnipeg and Ontario’s Toronto, Ottawa and Peel Region, have recently restricted gathering sizes.

WATCH | Are targeted restrictions enough to keep cases down? 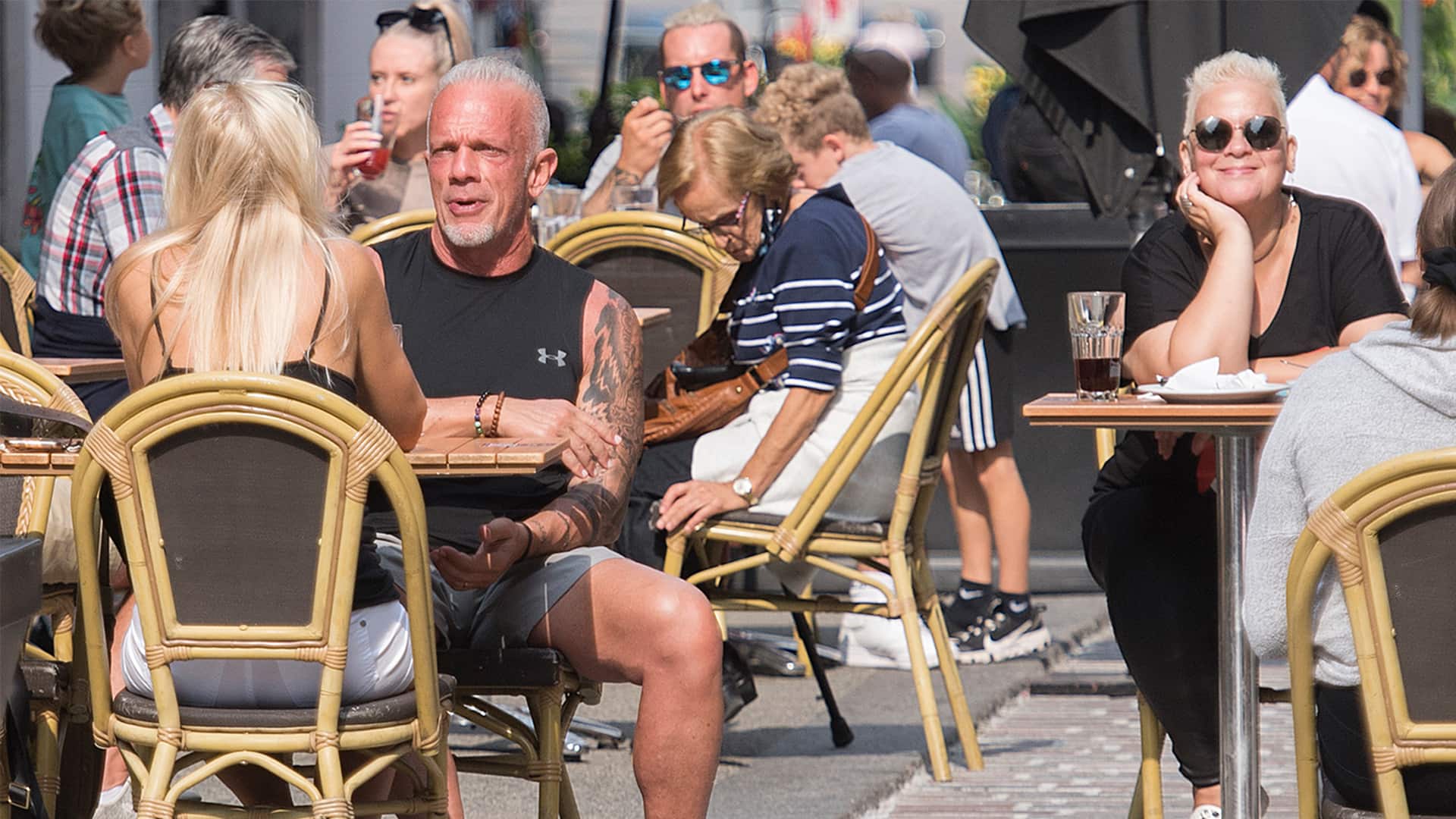 An infectious disease specialist answers questions about the COVID-19 pandemic including if targeted restrictions will be enough to keep cases down. 4:04

Is it time to rethink our bubble?

Dr. Michael Gardam, medical director of infection prevention and control at Women’s College Hospital in Toronto, said the idea still holds. He recommended people “get back to our bubbles and not see people outside of our bubbles.”

Bogoch suggested going a step further. “I think at this point in Canada’s epidemic, the best thing to do is keep it as small as possible and really restrict our social gatherings to as few people as possible.”

But some experts have already warned that for many of us, our bubbles have already burst since more of us are returning to school and work, and it’s not a perfect model for this point in the pandemic.

In fact, health officials said bubbles may have contributed to a recent surge in cases in Toronto. People in that city have now been asked to limit all interactions with anyone outside their immediate household — even those who were previously in their bubble. You can read more about that here.

That said, advice around bubbling can vary according to region, so it’s best to check with local health authorities for the guidelines where you live. 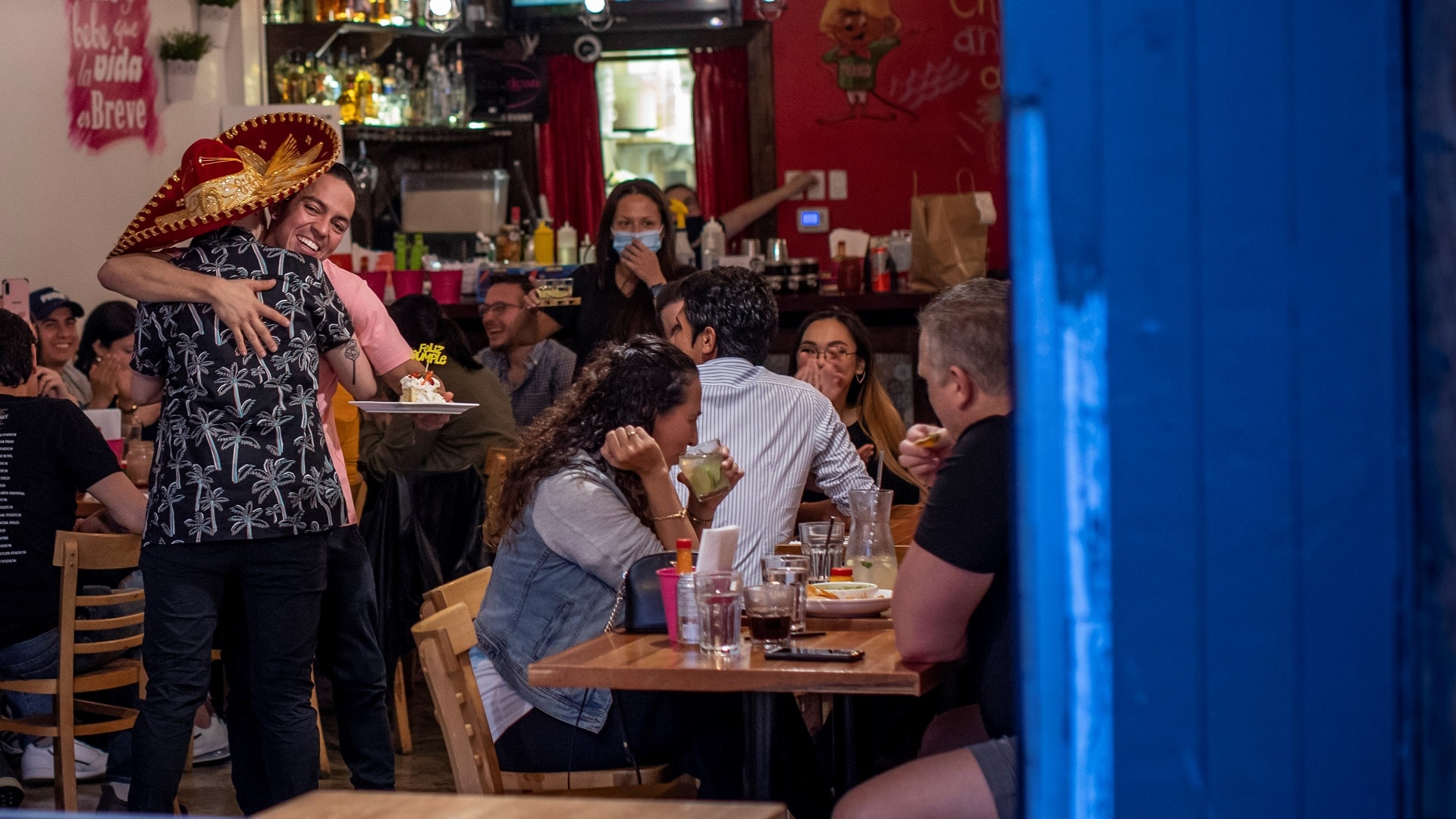 Targeting businesses to reduce transmission of the coronavirus may not be effective enough, says Dr. Michael Gardam, an infectious disease specialist at Women’s College Hospital. ‘A lot of the spread is in private gatherings,’ he said. 1:56

If we do have a get-together, is outdoors safer?

Yes, Oughton said. Research shows the risk of transmission is lower outdoors, likely because of better ventilation and because it’s easier to physically distance.

“If you have the luxury of space and if the weather co-operates, then doing it [gathering] outdoors or at least as much of it outdoors as you can would certainly be preferable,” Oughton said.

WATCH | Advice about  how to safely celebrate Thanksgiving, depending where you live: 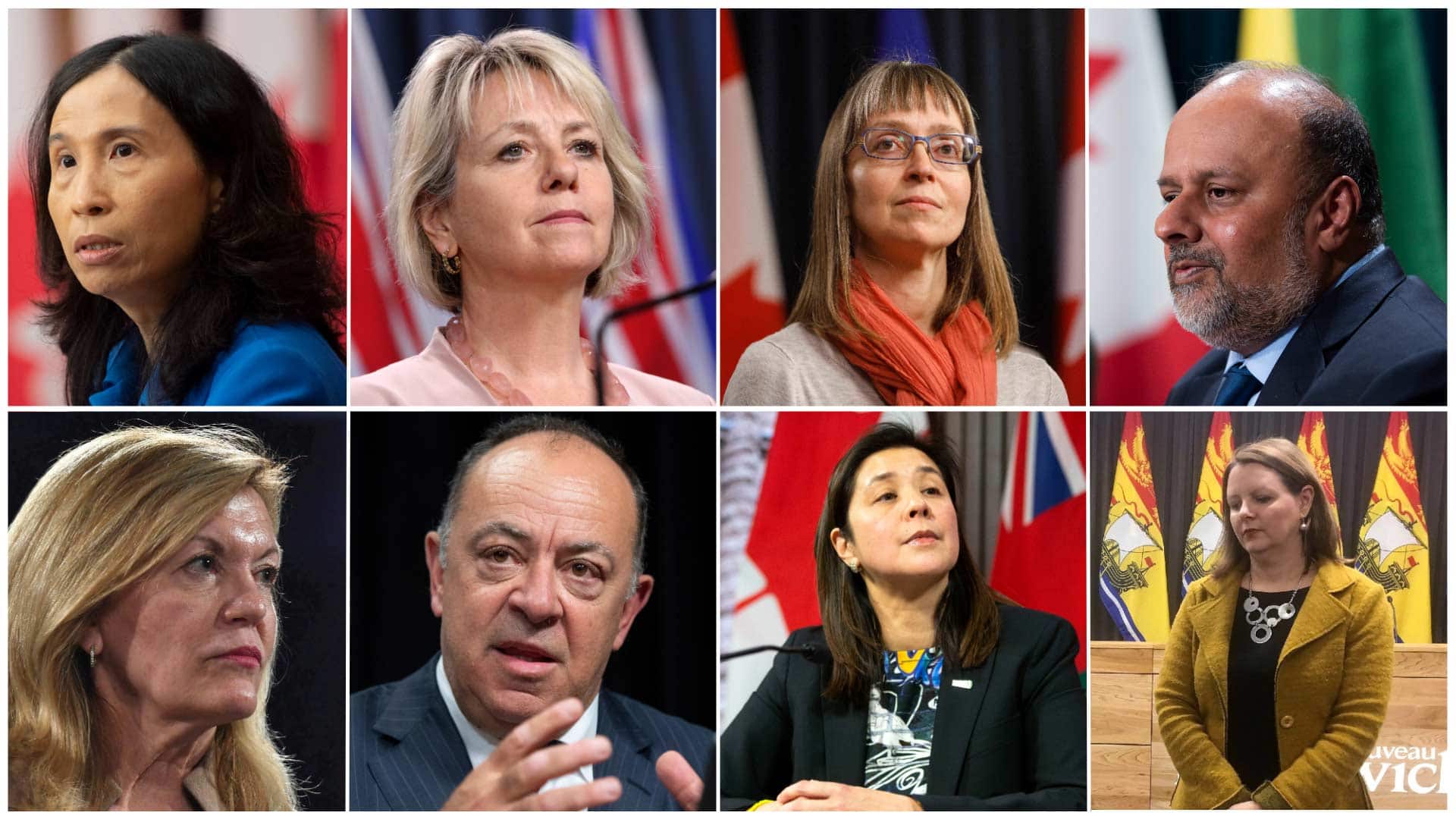 COVID-19 has many people wondering just how they’re going to celebrate Thanksgiving this year. Officials and health experts are weighing in, sometimes with advice for their specific city or province. 4:08

If I do have a gathering, what precautions should I take?

While gatherings are generally discouraged by officials and experts at this time, Oughton recommends maintaining physical distancing, wearing masks if you’re in a place where physical distancing is unpredictable or impossible and washing your hands frequently. He said opening windows to get a cross breeze can also help improve air circulation but doesn’t replace other measures.

In a previous article, medical experts also suggested avoiding common serving bowls and warned that the risk also increases when you:

Pat D. of Toronto wanted to know if adding an “expensive” air purifier would make it safer for potential guests to attend Thanksgiving and Christmas dinners.

In theory, they should help, as they pull air through filters to trap viruses and could reduce transmission from small droplets and aerosols, Dr. Zain Chagla, medical director of infection control at St. Joseph’s Healthcare in Hamilton, said in an email.

But there’s no hard evidence yet that they do, as no randomized controlled trials have been done to test their effectiveness against the coronavirus that causes COVID-19, University of Ottawa Raywat Deonandan previously noted.

If air purifiers do help, “they are by no means perfect,” Chagla said.

He said that on airplanes where similar systems are in place, people have still been infected, especially when masks aren’t used. And air purifiers only have an impact if you’re in the area near them.

“They also need to be working perfectly and may give a false sense of security,” he said. “Bottom line — it’s a whole lot cheaper and easier to a) not do the gathering [or] b) throw on a few more layers — much cheaper than an air purifier — and do the gathering outdoors.”

And, of course, experts said air purifiers are no substitute for other measures, such as physical distancing and masking. 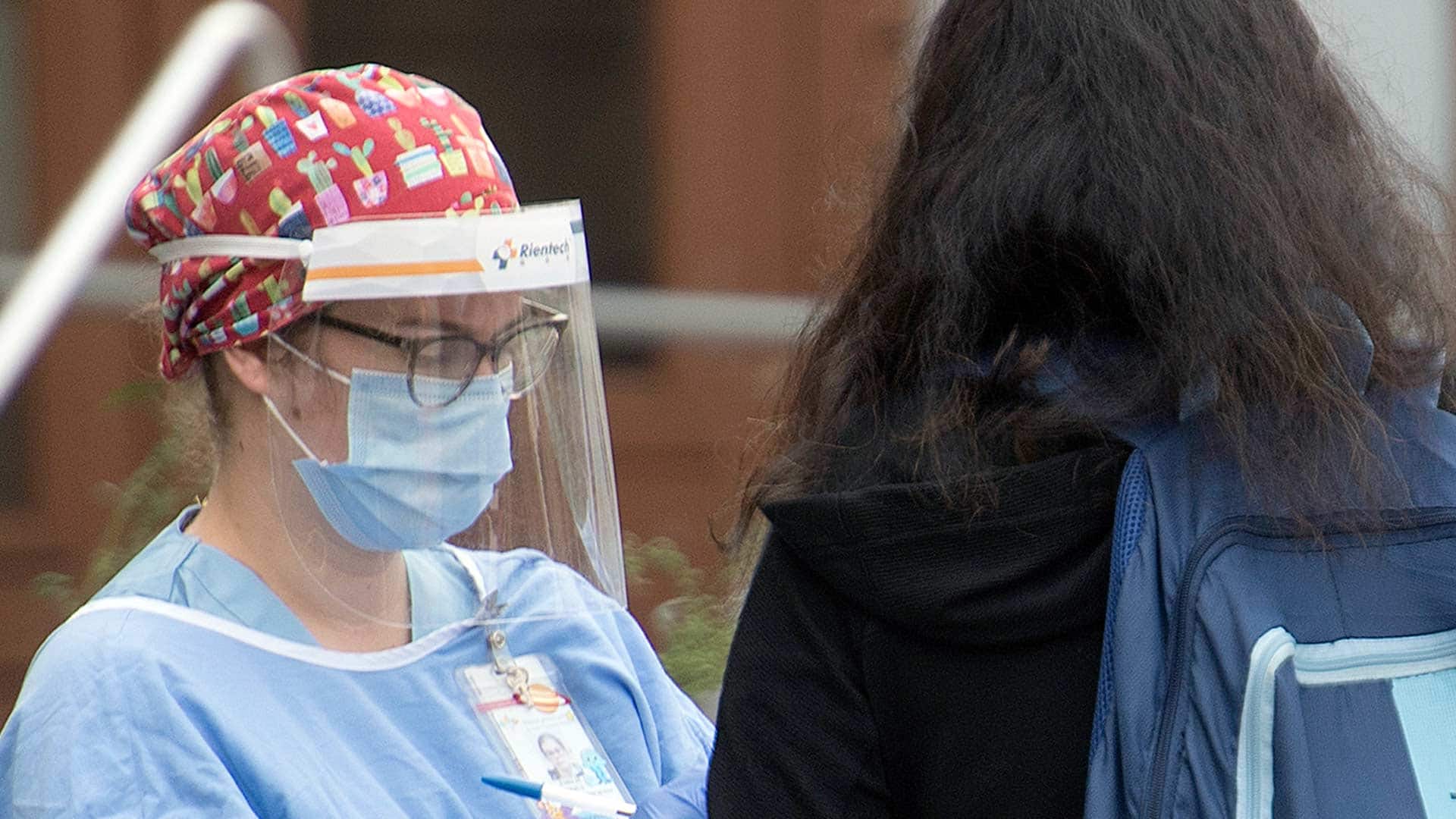 Infectious disease specialists answer questions about the COVID-19 pandemic including if daily infection numbers are the right statistic to focus on and whether people need to re-evaluate the risk of activities as case numbers rise. 6:59

Is it OK to visit relatives in areas where the incidence of COVID-19 is low?

Bogoch warned against complacency in areas without current outbreaks.

Oughton advised against visitors travelling between areas with and without active COVID-19 outbreaks, such as city dwellers visiting rural areas where access to health care may be more limited.

“They’re worried about being overrun by a sudden surge in cases.”

He suggested sending wishes to relatives by phone or over the internet and waiting until things are more under control before going for a visit. 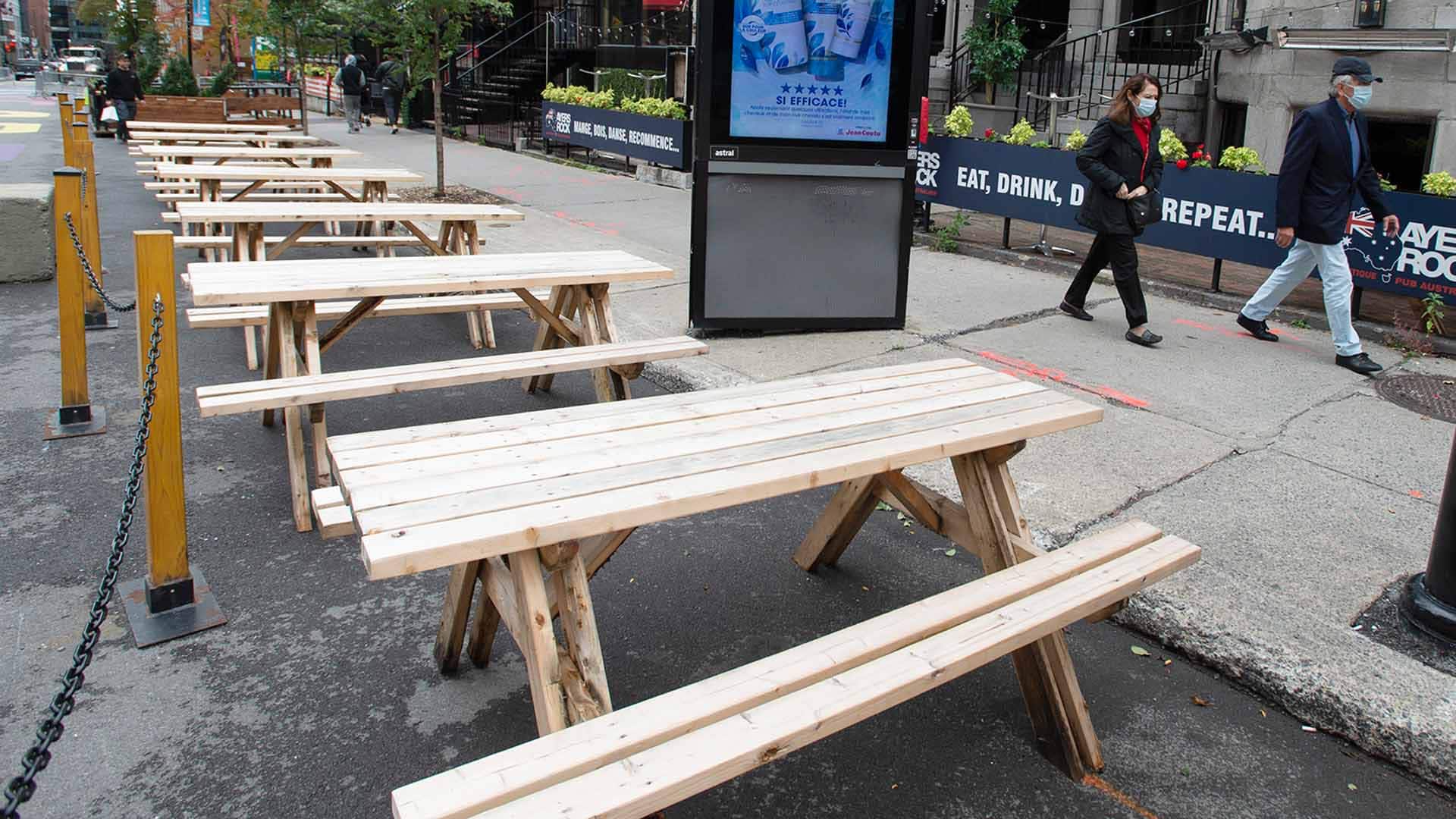 Is it still OK to eat at a restaurant?

In Quebec’s red zones, dining in at restaurants is temporarily banned, but it’s still allowed everywhere else.

That said, indoor restaurants are considered by the U.S. Centers for Disease Control and Prevention as high-risk settings and may be helping drive transmission, University of Toronto epidemiologist Dr. David Fisman noted on CBC’s The Dose.

“We know [this virus] likes closed, close and crowded spaces,” he said. Not only are restaurants places where you’re sitting close to other people, he said, but you’re often talking, you’re interacting with a stranger (the server), and you’re not wearing a mask because you can’t while eating.

He suggested that dining on a restaurant patio is much safer than indoors.

When evaluating the risk of eating at a restaurant, you should bear in mind that “everyone’s risk is not the same,” said Chagla on The National.

Older people are at higher risk of complications, so both older people and those in contact with them “should really think about how they are engaging with society and what the downstream effects of that are,” he said.

He also suggested that people keep their eye on the progress of the epidemic in their own community.

As the case numbers rise, “the risk of someone [with the virus] coming into those establishments does go up, too.”