The number of COVID-19 cases among First Nations people in Manitoba continues to skyrocket, with 829 new cases recorded in the past week alone.

The five-day test positive rate among First Nations people was at 25 per cent Friday, the Manitoba First Nations Pandemic Response Coordination Team said in its latest update — nearly double the provincewide rate of 13.8 per cent announced the same day.

Provincewide, there are currently 297 people in hospital, with 40 people in intensive care due to COVID-19.

Since the start of the pandemic, 59 First Nations people in Manitoba have died after contracting the illness, including 12 since Dec. 4.

The new cases in the last week bring the total number of First Nations people in Manitoba who have tested positive for COVID-19 to 4,239.

Over the weekend, isolation units had to turn people away in some communities because they were totally full, said Melanie MacKinnon, who leads the pandemic response team established by the Assembly of Manitoba Chiefs.

“The idea of a lot of people or additional supports coming in to help us, and we’re not changing our behaviour, needs to be really reconsidered,” she said during the AMC’s weekly Facebook live update.

“That’s not going to be our reality. Everybody is completely stretched and the holidays are coming. We have to really rally for our health system right now.”

Meanwhile, the chief of Shamattawa First Nation, where at least a quarter of the 1,300 people in the community have tested positive, says he’s awaiting approval of his request for more military personnel to be sent to help.

Medics and rangers landed in Shamattawa on Wednesday to conduct an assessment in the northern First Nation. The team’s commanding officer made a request for a further 60 to 70 Armed Forces member to help fight the community’s outbreak. 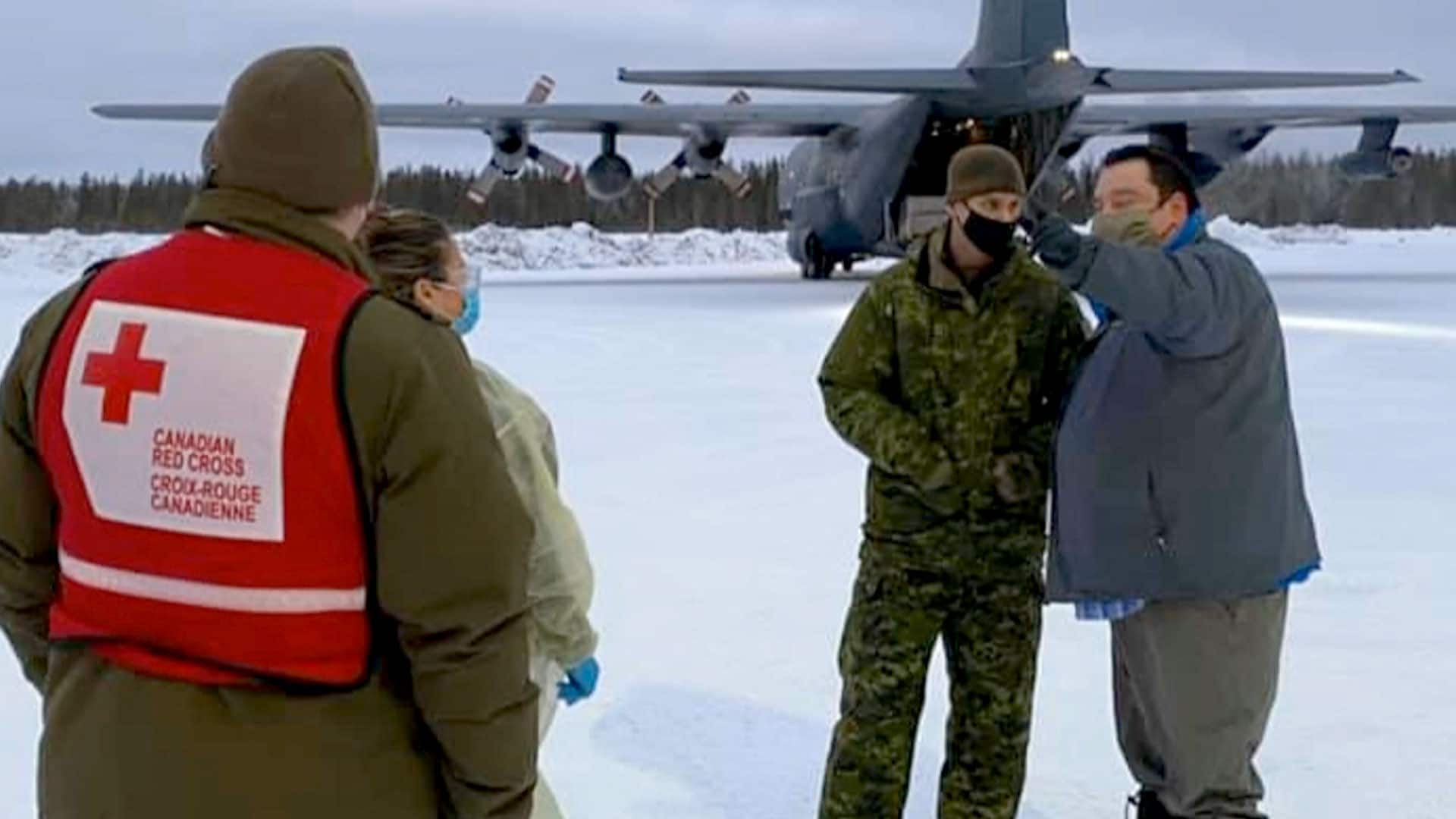 A military team has arrived to help deal with the escalating COVID-19 crisis in Shamattawa First Nation in northern Manitoba, where some 300 people have tested positive in a community of about a thousand people. 1:39

“We hope to know shortly,” he said during the Facebook live.

As of Thursday, Redhead said 313 community members have tested positive, but he thinks that number is likely much higher. The community hasn’t been able to transport people to and from the clinic safely, because members of the local pandemic response team are either isolating or have tested positive.

“So we know the number is significantly higher, but because we’re not able to do the large number of tests we have in the past, we’re just seeing increment growth. But I think today we have a plan, we have some more people coming out of isolation,” Redhead said.

A spokesperson for the Department of National Defence said discussions remain ongoing between Shamattawa and provincial and federal authorities about where and how the military can be best utilized, but no further decisions have been made at this point.