Ontario reported another 1,076 cases of COVID-19 on Friday, as the Ford government announced emergency stay-at-home orders will be lifting for most public health units as of next Tuesday.

Just Toronto, Peel and York regions, and the North Bay-Parry Sound district will remain in the current shutdown, ordered as cases surged following the holiday season.

Twenty-seven other public health regions will move back into Ontario’s colour-coded framework, the province confirmed in a news release Friday.

The Ministry of Health said the move is based on a “general improvement” in trends of key indicators, including lower transmission of COVID-19, improving hospital capacity and available public health capacity to conduct rapid case and contact management.

“The health and safety of Ontarians remains our number one priority. While we are cautiously and gradually transitioning some regions out of shutdown, with the risk of new variants this is not a reopening or a return to normal,” said Minister of Health Christine Elliott.

On Thursday, health officials warned the province could be headed for a third wave of the pandemic if those coronavirus variants of concern aren’t kept in check. 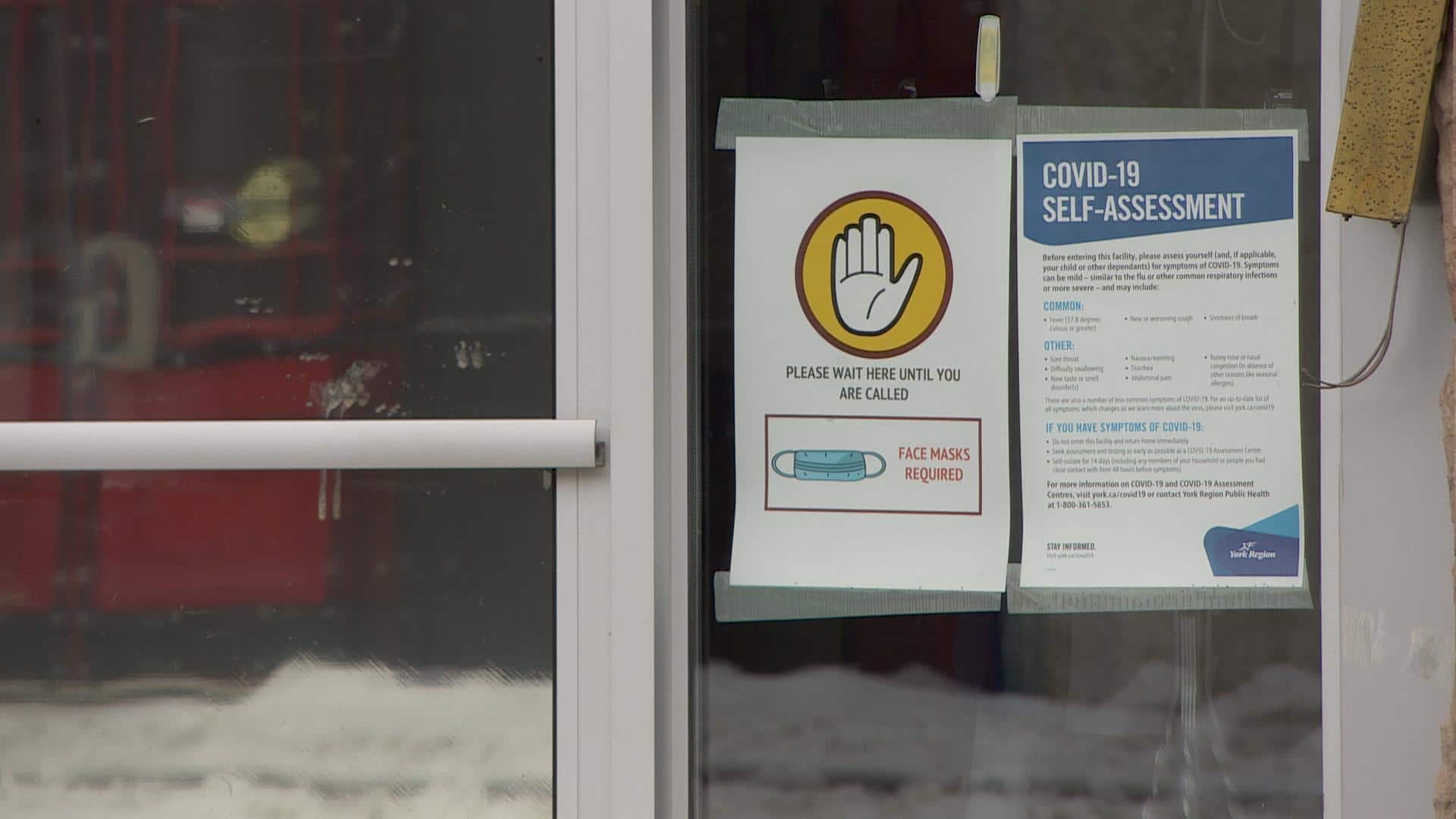 Dr. Zain Chagla tells CBC News that reopening is fine provided the province can shut down again quickly, if there’s a jump in new cases. 3:37

Elliott said while some measures are easing, Ontarians must remain diligent.

“Until vaccines are widely available, It remains critical that all individuals and families continue to adhere to public health measures and stay home as much as possible to protect themselves, their loved ones and their communities.,” Elliott said.

The province began the process of moving regions back to its colour-coded restrictions framework on Wednesday, lifting stay-at-home regions for three public health units with few cases of COVID-19.

The staggered reopenings come as revised models suggest that Ontario could face a third lockdown if the spread of variants of concern is not contained.

Niagara will be the only region in the grey-lockdown zone, which will allow businesses to open at 25 per cent capacity.

The rest of the regions, most of them outside the Greater Toronto Area, fall elsewhere along the scale that moves from red through green, with lighter restrictions on businesses and gatherings at each stage.

Here’s what public health regions are moving into what level of the framework:

Regions under the red-control level are allowed indoor dining to a limit of 10 people and gatherings of five people indoors and 25 outdoors.

When asked whether the reopening should be paused in light of the projections, Premier Doug Ford said the gradual reopening is being done cautiously.

He said people should still avoid travelling, stay home when possible and avoid having visitors at home to keep infections low.

At the least-restrictive green level, social gatherings of 10 people indoors and 25 outdoors are permitted. Organized events can have up to 50 people indoors with distancing measures in place, and religious services can take place at 30 per cent room capacity.

Three health units — Hastings Prince Edward; Kingston, Frontenac and Lennox and Addington; and Renfrew County — returned to the green zone of the framework on Wednesday. Local health officials urged continued vigilance and asked visitors from other areas to stay away as health restrictions loosened.

Provincial health officials said Friday that Ontario intends to expand the use of rapid COVID-19 testing in schools, long-term care homes and essential workplaces in the coming weeks.

Once the program has ramped up, health officials said they expect to have one million rapid tests distributed every week.

They anticipate capacity for up to 50,000 tests per week in the public education system, and about 300,000 weekly for essential industries such as food processing, manufacturing, warehousing and construction.

Officials, however, could not provide a timeline on when capacity may reach those levels, noting it would depend on how many tests Ontario can secure through the federal government.

Ontario has received six million rapid antigen tests since November, but has distributed just about two million to date.

Officials expect to have rapid testing in place in Toronto, Peel and York Region schools when they reopen next week.

The Ministry of Health cautioned that the number of additional cases in today’s update is an undercount due to ongoing data-related issues at Toronto Public Health.

(Note: All of the figures used in this story are found on the health ministry’s COVID-19 dashboard or in its Daily Epidemiologic Summary. The number of cases for any region may differ from what is reported by the local public health unit because local units report figures at different times.)

Another 18 deaths of people with the illness were recorded, pushing Ontario’s toll to 6,632.