Manitoba’s Jennifer Jones and Saskatchewan’s Sherry Anderson picked up victories in Thursday’s early draw at the Canadian women’s curling championship to create a three-team logjam atop the Pool B standings.

Jones and Anderson improved to 5-2 and moved into a first-place tie with Quebec’s Laurie St-Georges, who was idle. All three teams were scheduled for action later in Thursday’s Pool B finale.

Chelsea Carey, skipping Manitoba-based Team Wild Card One in relief of Tracy Fleury, thumped Newfoundland and Labrador’s Sarah Hill 11-2 to finish the preliminary round at 5-3.

THAT CURLING SHOW | Lisa Weagle on life in Calgary bubble: 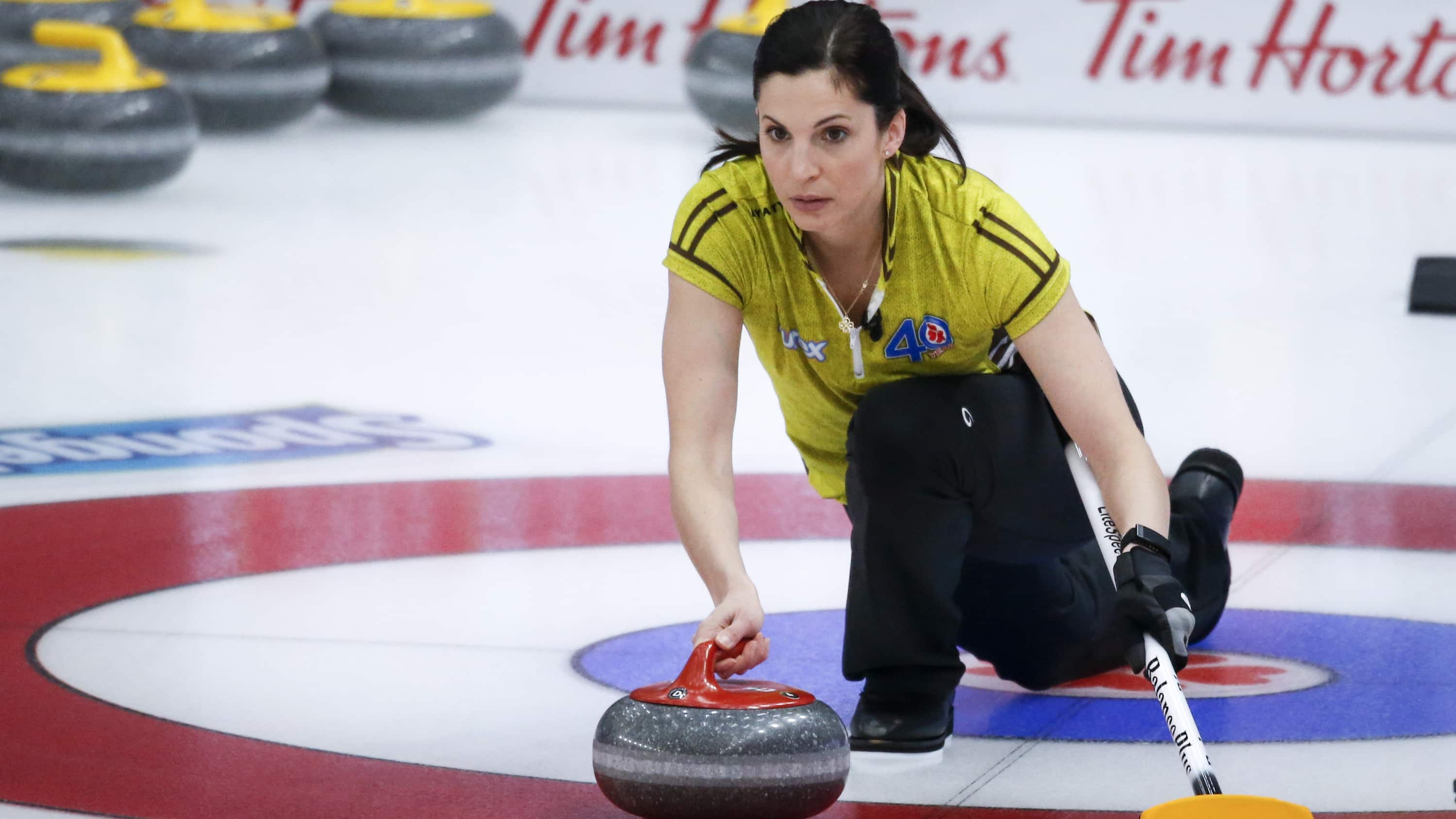 From walks in the parking lot to games of Yahtzee, the Team Manitoba lead reveals what curlers get up to between games in the Calgary bubble. 1:26

P.E.I.’s Suzanne Birt improved to 4-3 and kept her chances for a berth in the championship round alive with a come-from-behind 10-8 win over Nunavut’s Lori Eddy.

The final Pool A draw was scheduled for Thursday afternoon and featured a rematch of last year’s final between Ontario’s Rachel Homan and defending champion Kerri Einarson of Gimli, Man.