After three decades of coaching that includes a pair of Olympic medals and a World Cup gold with Spain, Sergio Scariolo has his first NBA victory.

It likely didn’t happen how he’d envisioned it.

With Nick Nurse, five members of his coaching staff, and star forward Pascal Siakam sidelined on Friday due to COVID-19 health and safety protocols, the 59-year-old Scariolo stepped in to guide the Toronto Raptors to a 122-111 victory over struggling Rockets.

Scariolo appreciated the gesture from Lowry.

“Kyle is always extremely attentive to those details — the little things which really make a difference, to make a team feel like a family, a group of people who are really taking care for each other — and I really appreciate that,” he said.

Norman Powell poured in 30 points, while Kyle Lowry had a triple double — 20 points, 11 rebounds and 10 assists — for the Raptors (17-17). Fred VanVleet added 25 points, while DeAndre Bembry had 13 and OG Anunoby finished with 11.

Lowry grabbed the game ball and presented it to Scariolo following the win. 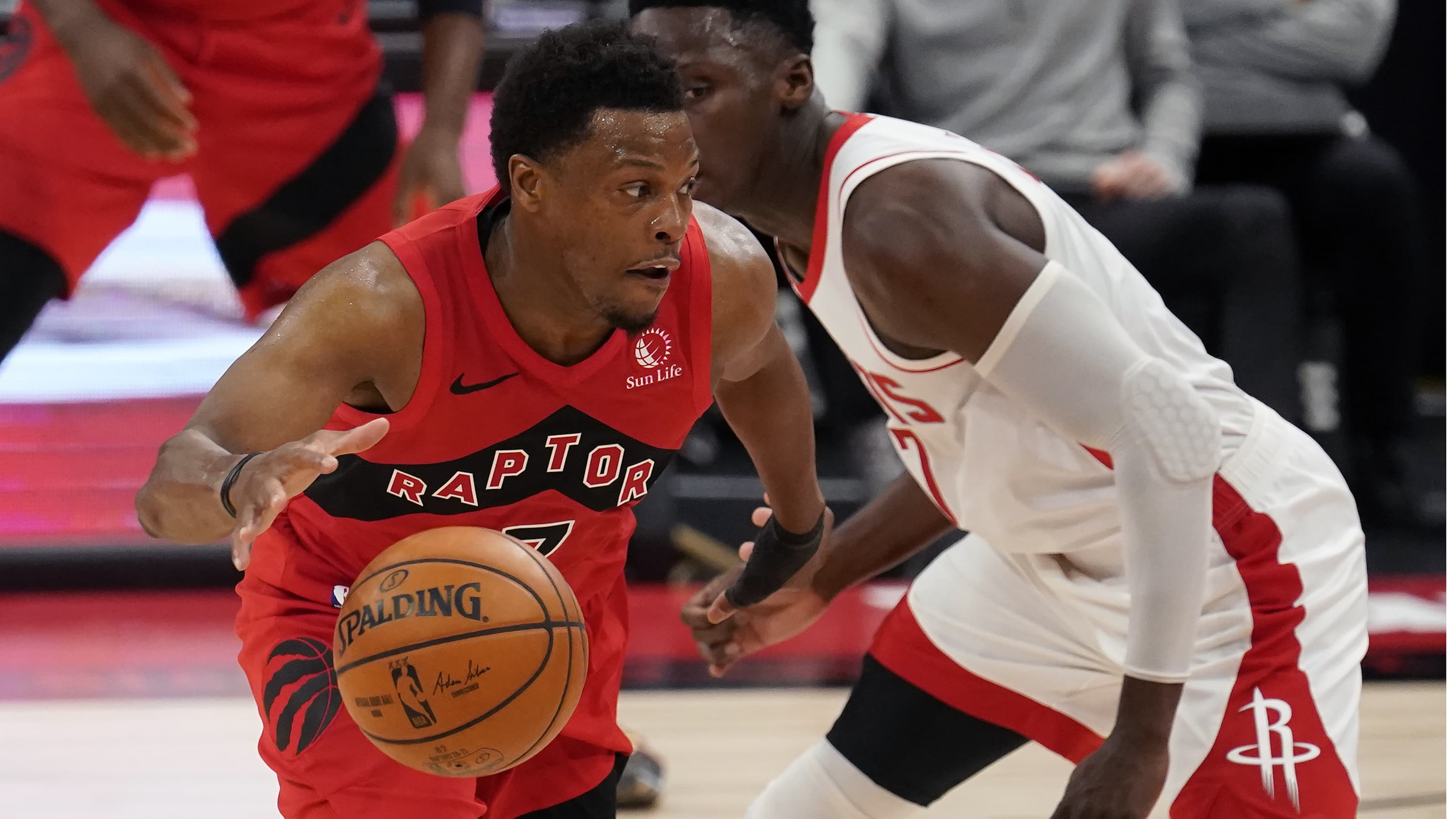 Toronto defeats Houston 122-111, Nick Nurse and 5 other members of the coaching staff along with Pascal Siakam were not at the game because of health and safety protocols. 1:23

The Raptors announced that Nurse and most of his staff were out a few hours before tipoff, whlie Siakam was listed on the league’s injury report shortly before tipoff. Toronto GM Bobby Webster said it wasn’t clear at this stage if Siakam’s situation was linked to the coaches.

“The NBA is being extremely careful here,” GM Bobby Webster said. “It’s early in what’s going on here, so I think we’re all being conscientious and not taking any risks. … We’ll see what tomorrow brings us.”

The fact the Raptors could go to the legendary Scariolo speaks to the depth of Toronto’s staff. He guided Spain to gold at the 2019 World Cup, plus Olympic medals in 2012 and 2016. He’d just come out of required isolation himself after coaching Spain in FIBA games in Europe.

Scariolo said he had little time to be excited on Friday.

“It’s always like this, the other people are making you feel special because you are so focused on what you have to do, trying not to F-dot-dot-dot it up,” Scariolo said with a laugh. “You don’t have too much time to think about your other emotions.”

He’d just come out of quarantine himself after coaching Spain in FIBA games in Poland — an arduous trip home in isolation he said would be best summed up in “a book.”

“I don’t know how many hundreds or thousands of games he’s been a head coach,” Raptors general manager Bobby Webster said about Scariolo. “But it’s unique, and he acknowledged that much, especially under the circumstances.”

Coming off back-to-back losses to Philadelphia and Miami that snapped a four-game win streak, the Raptors started to pull away from the Rockets in the second quarter and, by the time Powell knocked down a three-pointer midway through the third, Toronto was up by 23.

The Raptors led 95-80 to start the fourth. Houston pulled to within nine points with a 13-0 run that straddled the third and fourth quarter, and then sliced the difference to just six on a three-pointer by Eric Gordon with 4:28 to play. That was as close as Houston would come. VanVleet’s three-pointer put Toronto back up by nine with 2:27 to play and the Rockets wouldn’t threaten again.

The Rockets haven’t won since Feb. 4 at Memphis.

Social media, meanwhile, was abuzz earlier in the day with jokes of Lowry potentially coaching.

The six-time all-star conceded that it would have been great, but said that he wouldn’t have subbed himself out and “I wouldn’t wanna coach somebody like me.”

VanVleet joked that he’d make a better coach than Lowry.

“[Lowry] is too emotional sometimes,” VanVleet said, then added: “Nah, he was great tonight. Obviously his leadership has been a big part of what this organization has become, and that comes in many different ways. People always think it’s like he’s dictating every play, and every coverage, and it’s not always that. He leads by example a lot.” 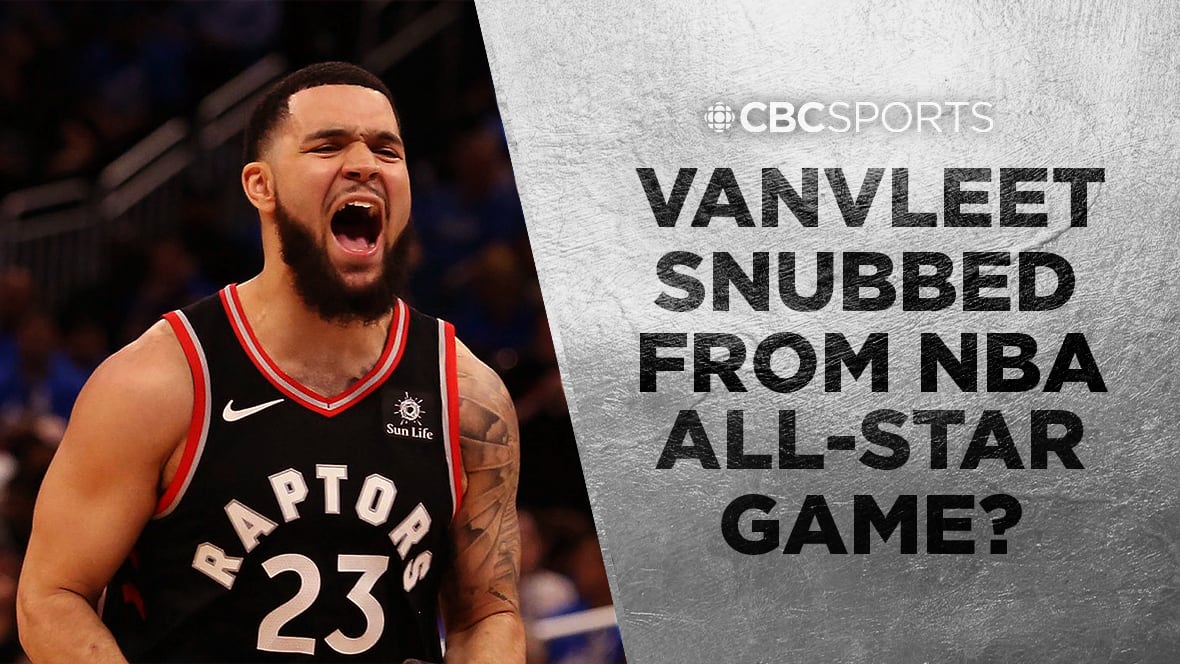 Vivek Jacob is joined by Raptors reporter William Lou, to discuss Fred VanVleet not being selected to the 2021 All-Star Game and the Raptors getting back to the .500 mark after a slow 2-8 start to the season. 4:40

In a season rocked by COVID-19, the NBA has had to postpone 29 games so far for virus-related issues, but the Raptors had been lucky to have avoided any trouble until now. They’re one of just four teams in the league that haven’t had a game postponed.

It’s unknown how long the coaches will be sidelined but, on the plus side, the Raptors only have three more games before the all-star break.

Assistant coach Jim Sann was on the Toronto bench Friday along with Mark Tyndale, assistant video coordinator/player development, and Jamaal Magloire, basketball development consultant. Webster said contact between Nurse and the bench during the game was not allowed under NBA rules.

The Toronto coaching staff was already shorthanded given Chris Finch left the team earlier this week to become head coach of the Minnesota Timberwolves.

The Rockets jumped out to an eight-point lead on 52.9 per cent shooting in the first, but Toronto had closed the by the end of the quarter and trailed 31-30 to start the second.

Lowry was a perfect 3-for-3 from long distance in a 10-point performance in the second quarter. Powell’s driving layup capped a 20-10 run that had the Raptors up by 11. They stretched their lead to 15 before heading into halftime with a 67-59 advantage.

The Raptors are back in action Sunday against visiting Chicago. Toronto then hosts Detroit on Tuesday before wrapping up their first-half schedule Thursday in Boston.