A comprehensive report into the 2019 Christchurch mosque shootings in which 51 Muslim worshippers were slaughtered sheds new light on how the gunman was able to elude detection by authorities as he planned out his attack.

The nearly 800-page Royal Commission of Inquiry report released Tuesday local time shows that the attacker, Brenton Tarrant, kept a low profile and told nobody of his plans.

It concludes that despite the shortcomings of various agencies, there were no clear signs the attack was imminent — aside from the manifesto Tarrant sent out just eight minutes before he began shooting, which came too late for agencies to respond.

But the report does detail failings in the police system for vetting gun licences, and says that New Zealand’s intelligence agencies were focused on the threat posed by Islamic extremism rather than white supremacists.

Among 44 recommendations, the report says the government should establish a new national intelligence agency.

New Zealand currently has one intelligence agency that focuses on domestic threats and one that focuses on international threats. Often those agencies are focused on immediate events like keeping visiting dignitaries safe. The report recommends establishing a new, well-financed intelligence and security agency that’s more strategic in nature and can focus on emerging threats and developing a counter-terrorism strategy.

New Zealand Prime Minister Jacinda Ardern said the government has agreed to implement all of the recommendations and apologized for agency shortcomings.

Tarrant, who is Australian, was sentenced in August to life in prison without the possibility of parole after pleading guilty to 92 counts of terrorism, murder and attempted murder.

The report details the extensive world travels of Tarrant but also shows he had almost no meaningful interactions with people in New Zealand because he was introverted and didn’t work.

As a child, Tarrant had unsupervised access to the internet and became interested in video games from the age of six or seven, the report says. He began expressing racist ideas from a young age and told his mother he started using the 4chan internet forum, a place notoriously used by white supremacists to post their views, from age 14.

He put on a lot of weight as a teenager before starting to exercise compulsively at gyms and going on a diet, losing about 50 kilograms. His father Rodney was diagnosed with lung cancer caused by exposure to asbestos and in 2010 killed himself at home, leaving an inheritance of 457,000 Australian dollars (about $436,000 Cdn) to Tarrant. 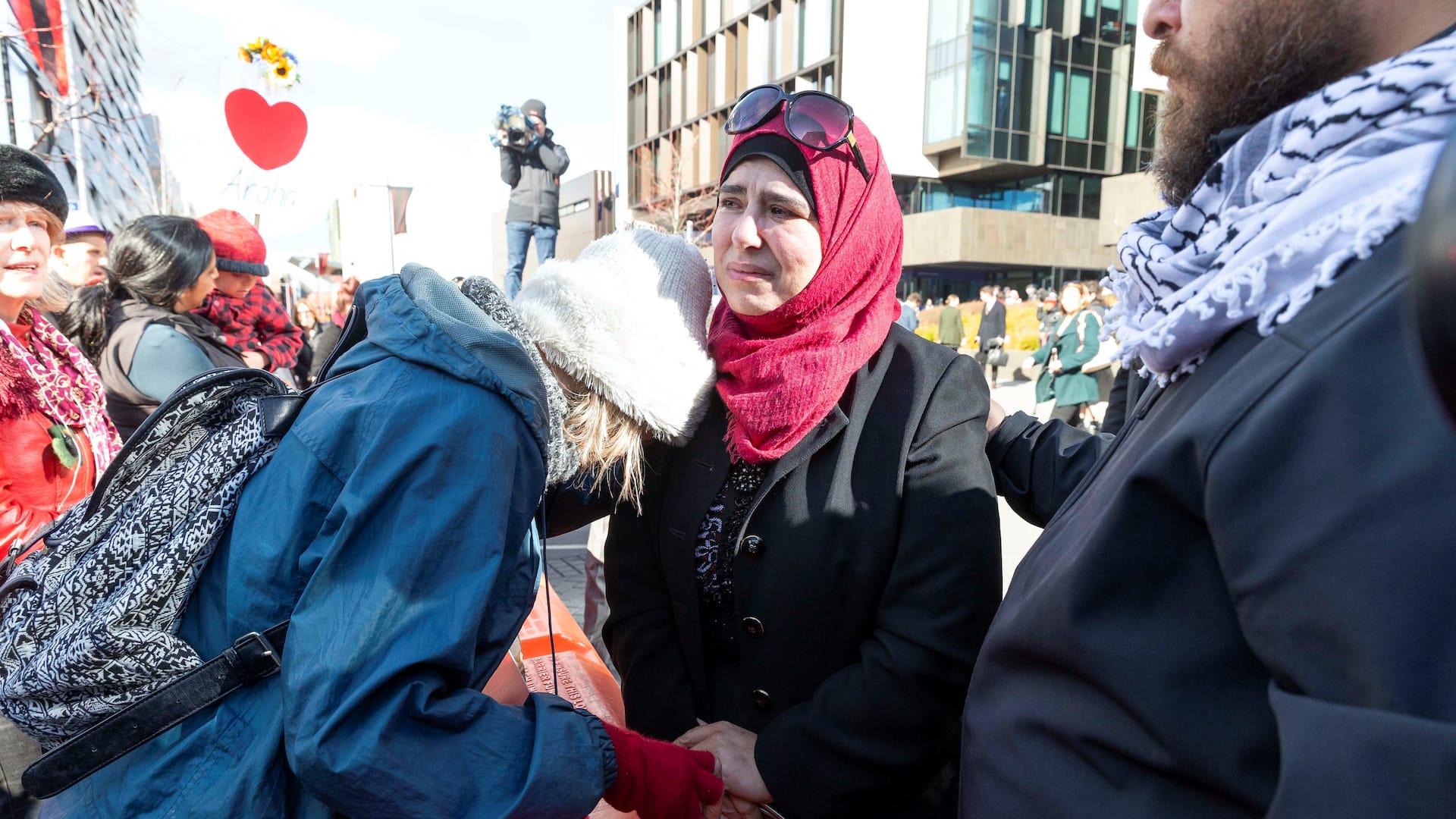 Saying the suffering he caused is ‘without precedent,’ Justice Cameron Mander reprimanded the New Zealand mosque shooter at length during his sentencing. 3:15

The gunman worked for about three years as a personal trainer at a gym in the Australian town of Grafton, but stopped working after an injury and then used his inheritance to live and travel. He visited dozens of countries around the world, including India, China, Russia, North Korea, and many countries in Africa and Europe.

He moved to New Zealand in 2017 and focused on planning for his attack. The report said he only had superficial interactions with people at a gym and the rifle club where he practiced rapid-fire shooting. Yet when needed, Tarrant could present himself to others in a way that didn’t arouse suspicion.

Tarrant told investigators that although he frequented extreme right-wing discussion boards on websites like 4chan and 8chan, he found YouTube a far more significant source of information and inspiration.

Ardern said she planned to speak to the leaders at YouTube “directly” about how the gunman had become inspired by videos on the site.

Police concede ‘we could have done more’

In 2018, Tarrant was treated at Dunedin Hospital for injuries to his right eye and thigh after telling doctors he accidentally fired a gun while cleaning it at his apartment, the report says. He got government compensation for his injury, which wasn’t reported to the police. The hospital registrar said the accident appeared to be careless and “a little unusual” but otherwise didn’t set off alarm bells.

Health authorities also wrote that Tarrant was taking illicit steroids and injecting testosterone after he was treated for abdominal pain, but they didn’t report that to the police either.

As part of the process for getting a gun licence, Tarrant was required to provide to police the names of two referees who could speak to his good character. He gave them the name of a friend he knew mostly online from gaming together, along with that friend’s father. Vetting officers interviewed Tarrant and the referees, and recommended he be given his licence.

Police Commissioner Andrew Coster said that in deciding whether Tarrant was “fit and proper” to hold a gun licence, “we could have done more to consider whether the two referees knew the individual well enough to serve as referees.”

The report also found that the New Zealand Security Intelligence Service, the domestic spying agency, had chosen to concentrate scarce counter-terrorism resources on the threat of Islamist extremist terrorism inspired by groups like Islamic State at the expense of other threats.

Despite the shortcomings of various agencies, the report concludes, there was no plausible way Tarrant’s plans could been detected “except by chance.”