Canada had expected to field its best men’s basketball team in history this past summer.

But the global pandemic wiped out the 2020 Tokyo Olympics, pushing them back a year to this summer, and left huge question marks about exactly who will be able to compete.

The Canadian men have yet to qualify, and Victoria is still scheduled to host the FIBA qualifying event June 29 to July 4. But now, an NBA season schedule that had to be rewritten due to COVID-19 conflicts with the event.

The playoffs are scheduled for May 22 to July 22. The Olympics open on July 23.

Nick Nurse, who coaches both Canada and the Toronto Raptors, is hopeful he’ll still have a full complement of NBA players.

“All the guys have been really positive about playing. The only thing that’s that stops that are guys that are still playing in the NBA, that have advanced so far in the [playoffs],” Nurse said.

That could include Nurse himself, if the Raptors go deep in the playoffs, a reporter pointed out.

“Technically you could include me, yeah. It better include me,” he laughed.

If he was busy with the Raptors, Nurse said assistant coach Gord Herbert would take over.

Denver Nuggets guard Jamal Murray is just one of Canada’s NBA players who had committed to playing this past summer, but may not be available now. Other players who’d expressed their commitment were RJ Barrett, Shai Gilgeous-Alexander, Nickeil Alexander-Walker, Dillon Brooks, Dwight Powell and Khem Birch. 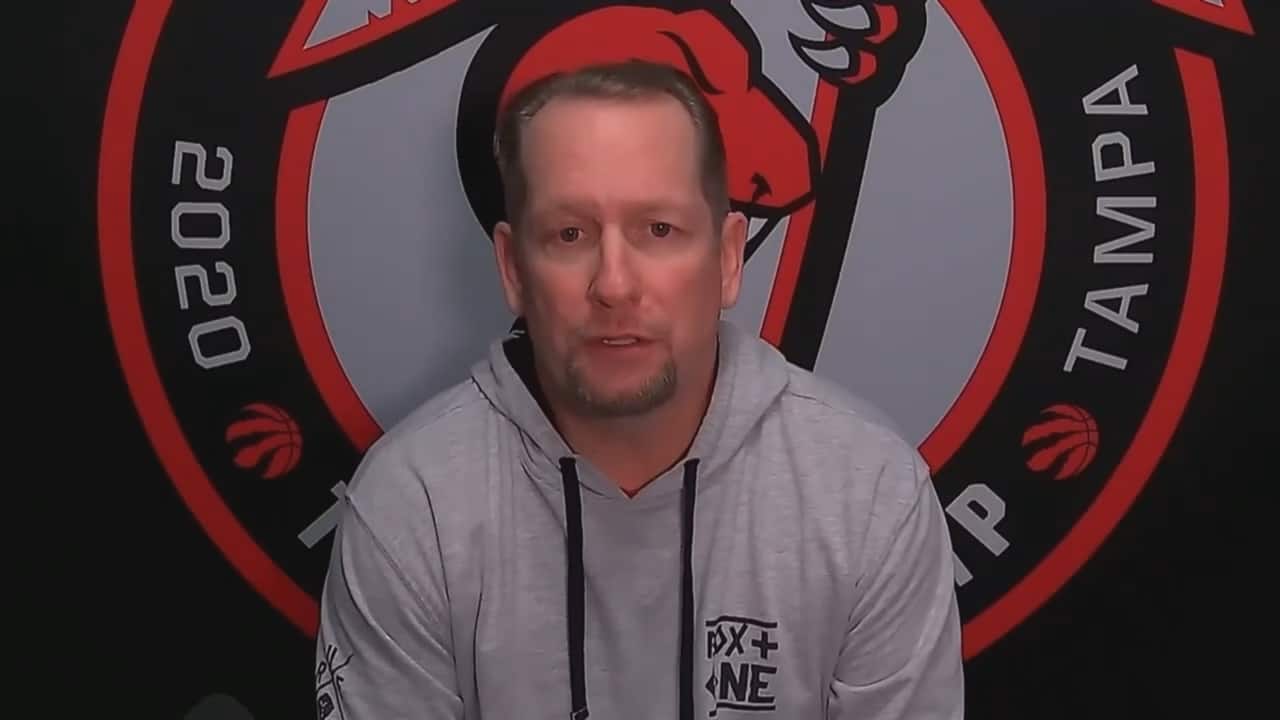 Nick Nurse, head coach for the Canadian men’s national basketball team, says contingency plans are in place if certain players and coaches aren’t available for Olympic qualifying events while the NBA playoffs are still going on. 1:51

Nurse said there are contingency plans for the entire Canadian team staff, in the case of conflicts, “all the way down to assistants, nutritionists, trainers, everything. There’s contingencies in place if some of those people are otherwise engaged.”

Nurse was asked if he’d received any update on the Olympics. Games organizers recently said that there’d be stringent rules in order to pull off an Olympics amidst a pandemic, including no parties in the athletes village, no sightseeing or nights out in Tokyo, and leaving Tokyo immediately after competition concludes.

“The Olympics are going ahead as planned, in some form or another, we don’t really know if it’s going to be a bubble or if fans will be able to attend or all that kind of stuff so I think they’re preparing for both,” Nurse said.

The Canadian men haven’t made an Olympic appearance since the 2000 Sydney Games.