The Toronto Raptors have officially announced the signing of guard Fred VanVleet.

Terms were not disclosed, but a person with knowledge of the deal told The Canadian Press it was a four-year, $85-million US deal contract.

The person, who spoke Saturday when the deal was first reported, talked on condition of anonymity because the contract had not yet been signed.

The 26-year-old from Rockford, Ill., was a finalist for the 2018 NBA Sixth Man of the Year Award.

VanVleet joined the Raptors as an undrafted free agent in 2016, and has grown into one of the team’s most popular and dependable players. 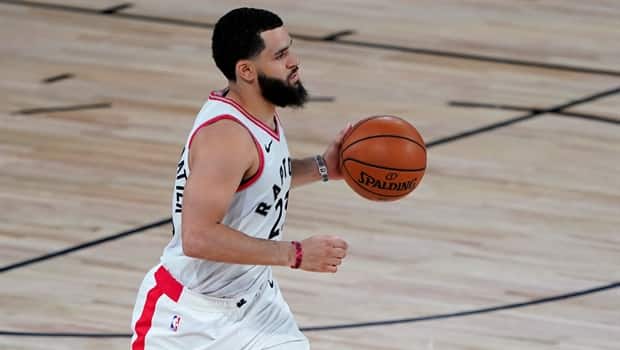 The Toronto Raptors guard who “bet on himself” told reporters during his media availability that he could finally “exhale” after signing a reported four-year, $85-million US deal with the team. 1:08