Rose Foy was already worried that her son-in-law was having quadruple bypass surgery.

The 48-year-old husband of Foy’s daughter has long suffered from health problems, including a stroke five years ago and a heart attack earlier this fall.

After his five-hour, open-heart procedure on Nov. 10, Foy’s concerns grew: scans showed her son-in-law had a popped internal stitch. Then, on his fourth day recovering at Toronto General Hospital, he was discharged.

Staff told her daughter the hospital was getting ready for an influx of COVID-19 patients, Foy said.

“I can’t believe I had to drive him home so soon,” she recalled, adding that at every bump on the highway ride to her son-in-law’s Oakville, Ont., home, he would cry out in pain.

The family’s experience comes as Ontario hospitals are increasingly facing a juggling act.

Many of the thousands of surgeries put off by the first wave of the pandemic are now being scheduled, all while COVID-19 admissions keep rising. The overall tally of infected critical care patients is teetering close to a provincial threshold that could mean another round of delays and cancellations.

That’s leaving patients and their families coping with a range of concerns, from fears over another shutdown of elective procedures, to ongoing booking delays, to what Foy sees as a hasty discharge for a loved one who did make it into a hospital.

The family was initially told her son-in-law would be in intensive care for two to three days, Foy explained, plus another four to five days in a cardiac unit.

“He had serious surgery. He needed to be in that hospital for at least a few days more,” she said. “You can’t just discharge people because of COVID.” 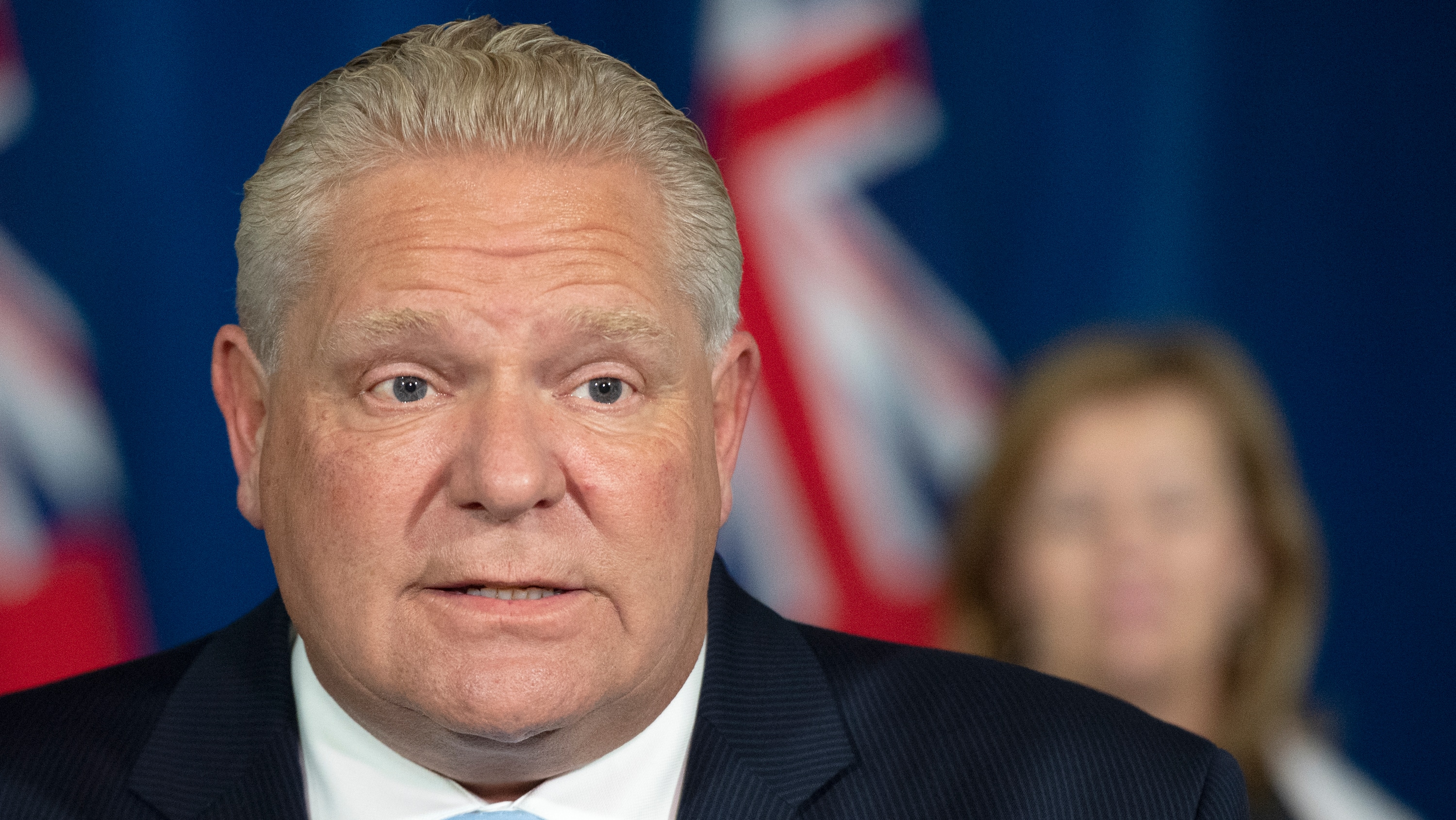 A visibly frustrated Premier Doug Ford said an announcement is coming Friday concerning Ontario COVID-19 hot spots. Health experts can only do so much and if people don’t listen to their advice, Ford said he won’t hesitate to issue lockdowns in order to protect the public. 3:08

‘Stress on the system’

According to a spokesperson for Toronto General, “discharge planning” at the hospital remains the same, timing can vary and no patient is sent home without a physician signing off.

But it’s clear that, more broadly, some Ontario hospitals and intensive care units are increasingly under strain.

“We’re trying to do more than normal and still make room for COVID,” said Dr. Niall Ferguson, head of critical care medicine for the University Health Network and Mount Sinai Hospital in Toronto.

His hospital is trying to ramp up surgery to a level even slightly more than average to make up for several months of cancelled surgeries this spring, he explained.

The ongoing demands, plus that backlog, means beds are full, and it’s all “putting stress on the system,” Ferguson said.

Across Ontario, at least 135 patients with COVID-19 are currently in intensive care, according to the latest-available census from Critical Care Services Ontario.

That snapshot, as of end of day Tuesday, is just 15 patients away from a provincial threshold of 150 COVID-19 patients in critical care beds that could require hospitals to start cancelling other procedures to manage the load.

“I think hospitals are doing everything possible to move patients forward and through the system fast,” said Dr. Brooks Fallis, a medical director and critical care physician at a hospital in Peel region.

But he warned the prospect of more cancellations is a real concern with COVID-19 cases spiking.

“Inevitably, resources have to be diverted to COVID,” he said. “And that will inevitably mean that other things can’t get done, such as elective surgeries.”

Some patients and families say even now, months into the pandemic, delays and rescheduling continue.

On Wednesday, Toronto resident Rochelle Roberts finally had surgery to remove non-cancerous tumours in her uterus after waiting months for a procedure date.

She was diagnosed by ultrasound back on March 16 — the same day much of the country started shutting down — and recalls watching the news conferences from her hospital waiting room.

At her first consultation, Roberts learned no elective procedures were being done. When she followed up in August, the administrative assistant for her surgeon “gently explained” the hospital had no idea if she’d get a slot this year.

At last, near the end of October, she got a November surgery date, but even that moment felt uncertain for the 44-year-old.

“The [COVID-19] numbers started going up, which made me anxious,” she said.

In Bowmanville, the Le Fevre family is still waiting for a crucial procedure for their 11-month-old, Charlie.

After delivering her son last December, Jade Le Fevre learned one of his hands had some webbed skin, a condition known as syndactyly. Several of his fingers are fused together and won’t grow at a normal rate unless they’re surgically separated.

The family was booked for an initial consultation with Toronto’s Hospital for Sick Children in June, which got bumped until October.

“We were told COVID aside, if the world was well, we’d have been booked for December,” Le Fevre said.

But there’s still no word when Charlie will get in for the first of two procedures, even though the family was told not to wait much longer than a year after his birth.

“The longer these fingers stay attached, the longer the chance they won’t grow at all.… Just typing would be very difficult, or holding a pen,” Le Fevre said.

Dr. Simon Kelley, associate chief of surgery at the children’s hospital, said a ripple effect of the pandemic has been a rapid increase in the number of children waiting for surgeries.

Roughly 4,800 families are currently wait-listed for a spot even though the hospital is operating close to pre-pandemic levels, he told CBC News on Tuesday.

Hundreds of millions in provincial investment to support additional surgeries is a step in the right direction, but the ongoing delays threaten to increase the risks for children currently waiting, Kelley said.

As the tension grows for both patients and health-care workers, Premier Doug Ford warned on Wednesday that a lockdown may be on the horizon for regions facing high COVID-19 case counts.

“The hospitals around, especially, Brampton and northern Etobicoke and other areas in Toronto are hitting capacity,” Ford said. “We need to be responsible.”

Foy hopes officials remember their responsibility to all patients, whether or not they have COVID.

But while she maintains her son-in-law was discharged too soon, she also appreciates that he had a crucial surgery this year while others are still waiting for elective procedures.

“He couldn’t have survived much longer,” Foy said.