The Quebec government’s decision to delay the second of two doses for the COVID-19 vaccines has prompted consternation and at least one lawsuit. Now it is pledging to deliver boosters within “a maximum” 90 days.

Health Minister Christian Dubé said it’s primarily a question of maximizing the number of people who can be protected by an initial dose between now and April, when vaccine deliveries from Ottawa will accelerate.

“This is the best strategy because we have very few vaccines,” Dubé said.

He also emphasized the urgency of the situation, calling it “a moral imperative” to lower the number of people who are hospitalized with COVID-19, most of whom are elderly.

The province expects to have reached its vaccination target in CHSLDs by Jan. 24 and expects to begin deploying doses in retirement homes the following day.

According to Dr. Richard Massé, the public health specialist who is advising the provincial vaccine co-ordination task force, putting off second doses by a few weeks will allow 500,000 at-risk people, mostly over the age of 70, to be vaccinated with the first dose between now and the end of March. 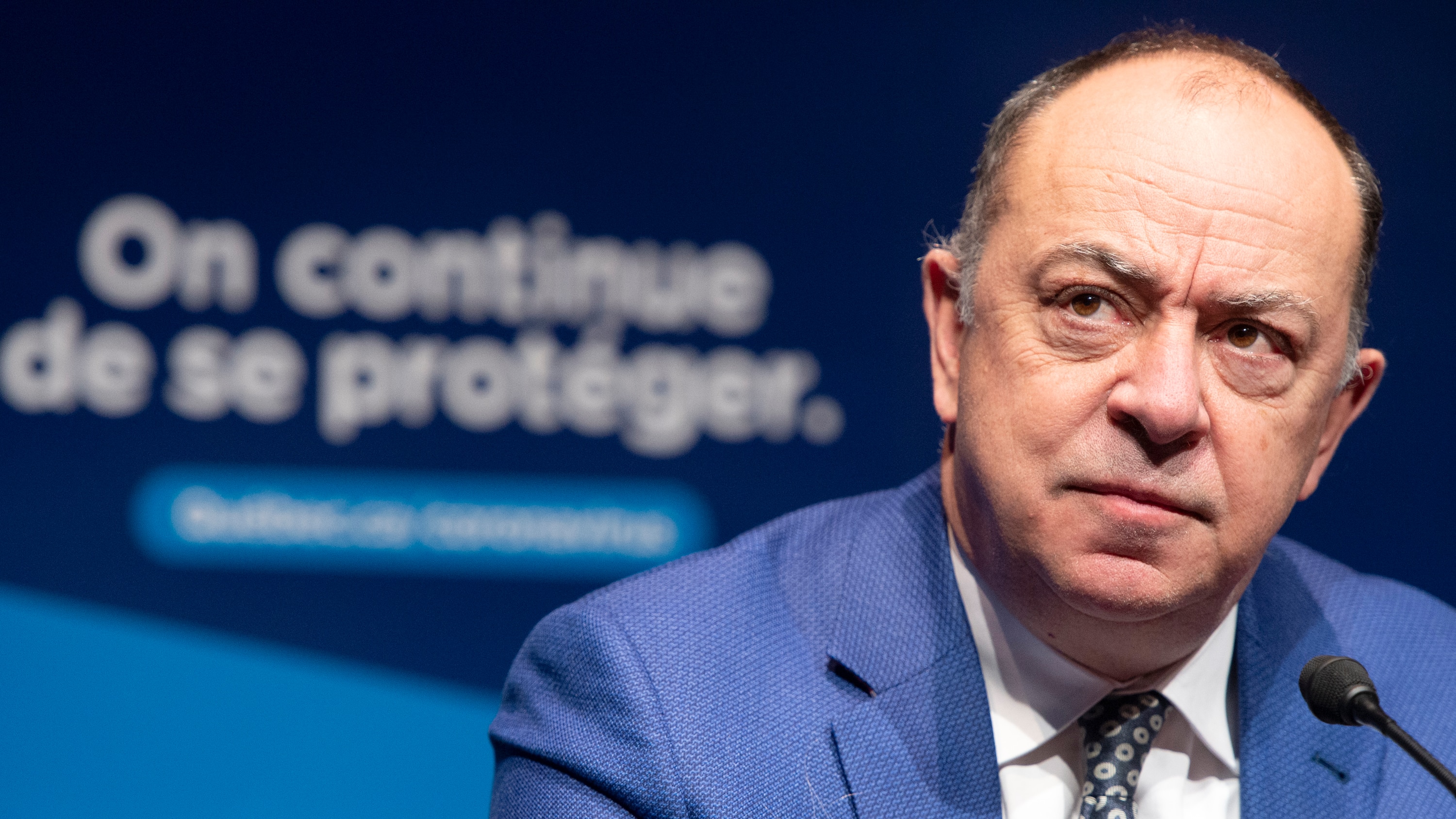 Quebec Health Minister Christian Dubé says a second dose of a COVID-19 vaccine may be delayed from 42 to 90 days to allow more vulnerable people to receive their first shot. 1:05

“That doesn’t mean everyone will have to wait 90 days,” Massé said, adding “yes, we will be giving a second dose to everyone.”

According to data gleaned from clinical trials, the efficacy of the Pfizer-BioNTech and Moderna vaccines, both of which are being distributed in Quebec, reaches 92 per cent two weeks after the initial dose, Massé said. The booster enhances that slightly, to about 94 or 95 per cent, and is believed to prolong immunity.

The data also shows a similar level of protection after 42 days, Massé said, adding that while there is no data demonstrating effectiveness after that period, “it doesn’t drop off to nothing the day after that, we know this from other vaccines that we work with.”

The federal government’s advisory committee on immunization issued guidelines this week, based on similar advice from the World Health Organization, that second doses not be delayed more than six weeks.

But those guidelines allow for some flexibility based on individual provinces’ epidemiological circumstance, and Quebec officials say they have had discussions with their counterparts in Ottawa, and with the vaccine makers, to explain their decision.

Given the urgency of the situations, reaching a larger number of vulnerable people is worth the downside of delaying boosters, said Massé.

Some regions, like the Magdalen Islands, have run out of serum but Daniel Paré, the senior provincial bureaucrat who oversees the vaccination program, said the supply bottleneck is temporary and is a function of delivery schedules.

Quebec now has Pfizer’s blessing to subdivide the packages of doses, which typically number 975, into smaller lots, making it easier to distribute.

“It’s excellent news … it doesn’t give us more vaccine, but it gives us a lot more agility,” Paré said.

Quebec is also taking delivery of 34,000 doses of the Moderna vaccine on Friday and expects them to be available in the northern and eastern parts of the province this weekend.