Quebec Premier François Legault has backtracked on his plan to allow gatherings over the Christmas holiday period after a rise in cases, hospitalizations and deaths.

Legault announced last month people would be allowed to gather in groups of 10 over a four-day period, from Dec. 24 through Dec. 27, if they isolated for a week before and after.

He later said people should only gather twice during that period.

On Thursday, Legault said that gatherings in the province’s hard-hit “red zones,” which take in most of the province, will be prohibited altogether over the holidays.

“When we look at the situation, we are forced to realize that it is not realistic to think that we are going to succeed in reducing the progression of the virus in a satisfactory way by Christmas,” he said at a news conference Thursday, striking a sombre tone.

“I know we would all like to see our family, but it is not a good idea. The virus is very dangerous. We need to stay home and get some rest and we have to take care of one another.”

WATCH | Premier says gatherings will not be allowed over the holiday season:

Legault acknowledged that those who live alone, particularly elderly people, would welcome some company. He said they can have a single visitor, but he urged both people to wear a mask and maintain their distance.

Visits to the province’s long-term care homes and seniors’ residences, however, will be prohibited — with the exception of caregivers.

The province reported more than 1,500 daily cases for the first time ever on Wednesday, and more than 1,400 again Thursday.

Hospitalizations related to COVID-19 have climbed above 700 and Legault said public health expects that number to rise further, given the increase in cases.

Deaths have also begun to creep up, with more than 100 in the past three days.

“If we continue in this direction, hospitals will start to overflow. We have a limited number of nurses, and our nurses are very tired,” he said.

Dr. Horacio Arruda, the province’s health director, said the virus is being transmitted widely in the community despite measures aimed at curbing the spread of the virus that have been place since October.

He said the goal now is to prevent the situation from getting out of control in the winter months, citing the crisis unfolding in parts of the United States and elsewhere.

The province announced no new additional measures on Thursday, though there will be an increased police presence in shopping malls and stores starting Friday.

In recent days, Quebec health-care workers and experts had expressed growing concern about the possibility of gatherings leading to further spread of the virus.

Emergency rooms in several regions, including Montreal, Laval, Quebec City, the Laurentians and the Lanaudière region, are already operating well above capacity.

There has also been a recent jump in the number of outbreaks in long-term care homes, which bore the brunt of the first wave, as well as private seniors’ homes.

At CHSLD du Manoir de l’Ouest de l’île, a seniors’ home in Montreal’s west end, more than 70 per cent of residents have now contracted the virus.

Dr. Cécile Tremblay, an infectious diseases specialist with the Université de Montréal hospital network, said the province made the right decision, considering the situation shows no signs of improvement.

But she also said the government needs to send a stronger message about restricting activities that are not necessary, such as trips, shopping and anything that increases a person’s number of contacts.

The incentive to following the rules, she said, should be the knowledge that acting collectively will help protect senior citizens and the vulnerable, as well the people who keep the health-care system running.

“Let’s think more about other people these holidays, [rather] than just the pleasure of having a big party,” Tremblay said.

WATCH | Dr. Cécile Tremblay on the positives of a scaled down Christmas: 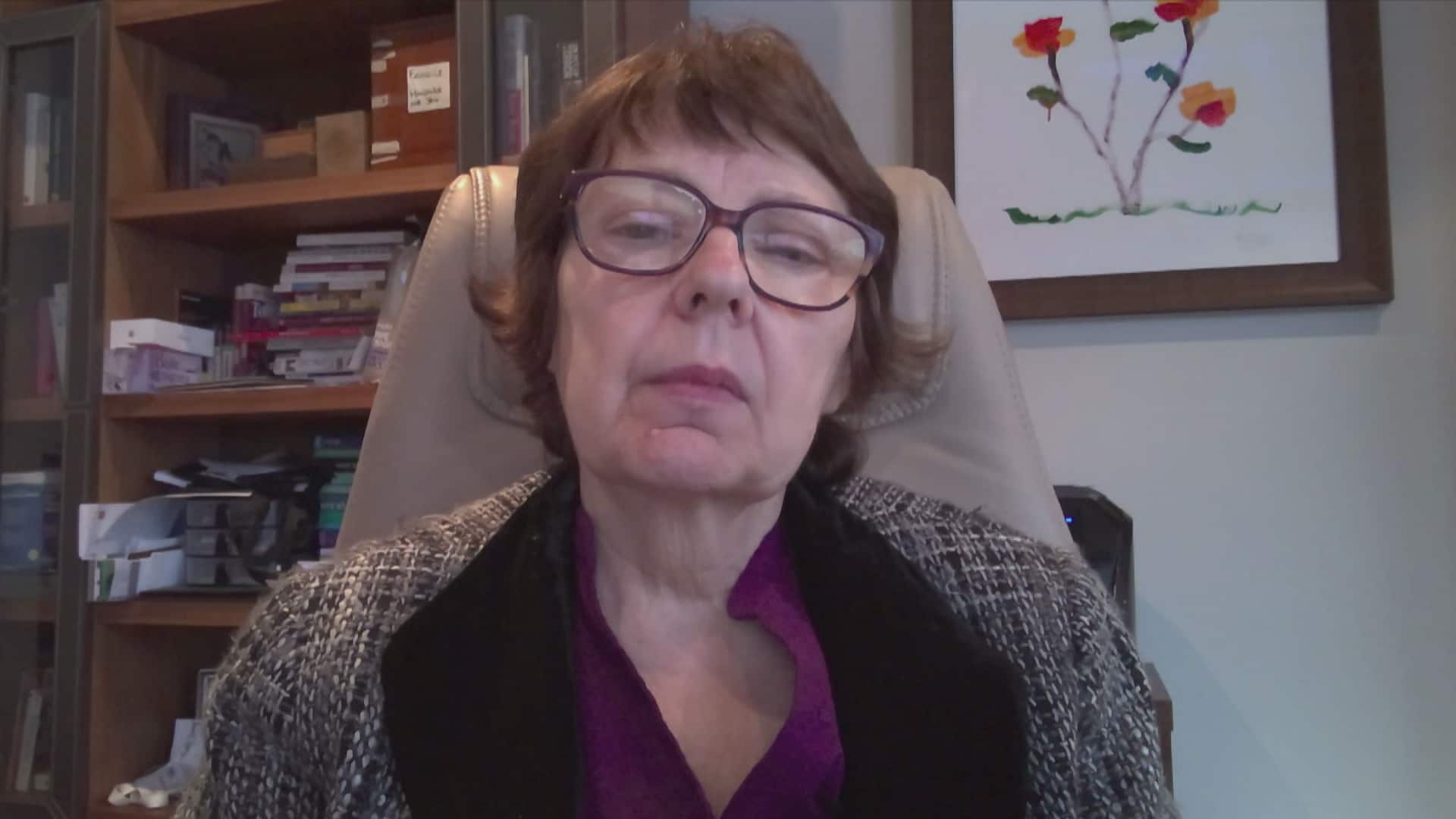 Infectious diseases specialist Dr. Cécile Tremblay says in all likelihood, big Christmas gatherings will be allowed again in Quebec next year, after being cancelled in much of the province due to the pandemic. In the meantime, there are advantages to a smaller celebration, she says. 0:52

The government’s change of plans didn’t come as a surprise to those who have been tracking the pandemic in Quebec.

Magalie Roy, who was buying a Christmas tree at Montreal’s Atwater Market on Thursday, said she hasn’t seen her family for months, and she normally spends a lot of time with them.

Like many, she’s been struggling already with the lack of physical connection, but now she expects the holidays will be celebrated virtually.

However, she said she still supports the government’s decision. “I really do believe that for the health of older people, it’s better like that.”