Hilary Knight has played in rinks large and small spanning the globe during her 14 years representing USA Hockey.

That doesn’t prevent the three-time Olympian from getting chills in anticipation of hitting the ice for the first time at Madison Square Garden on Sunday for the opening stop of the Professional Women’s Hockey Players’ Association Dream Gap Tour’s second season.

“I’m a little nervous to be honest. It’s been so long,” Knight said, noting it’s been nearly a year since she and her teammates played in a competitive setting as a result of the coronavirus pandemic. “And then to underpin it by, oh, by the way, you guys are playing at the Garden. There’s a lot of things to be happy and excited about.”

The matchup between the PWHPA’s two hubs of New Hampshire and Minnesota will be the first professional women’s hockey game played at MSG. Though fans can’t attend, the game will be broadcast in the U.S. and Canada. The two teams will also play Saturday in New Jersey.

The games represents a continuation of the players’ objective to raise the visibility of women’s hockey some 13 months after U.S. and Canadian national team members participated in the NHL’s All-Star weekend festivities. And they represent an opportunity to regain the momentum in the PWHPA’s bid to establish a professional league in North America.

“We had a tremendous amount of success with the NHL in the year prior. I don’t think those opportunities are going to go away,” Knight said. “Obviously, I wanted everything to happen yesterday, right? We all wanted a league years ago. But things are coming along, which is great.”‘

WATCH | What does the PWHPA’s latest partnership mean for women’s hockey? 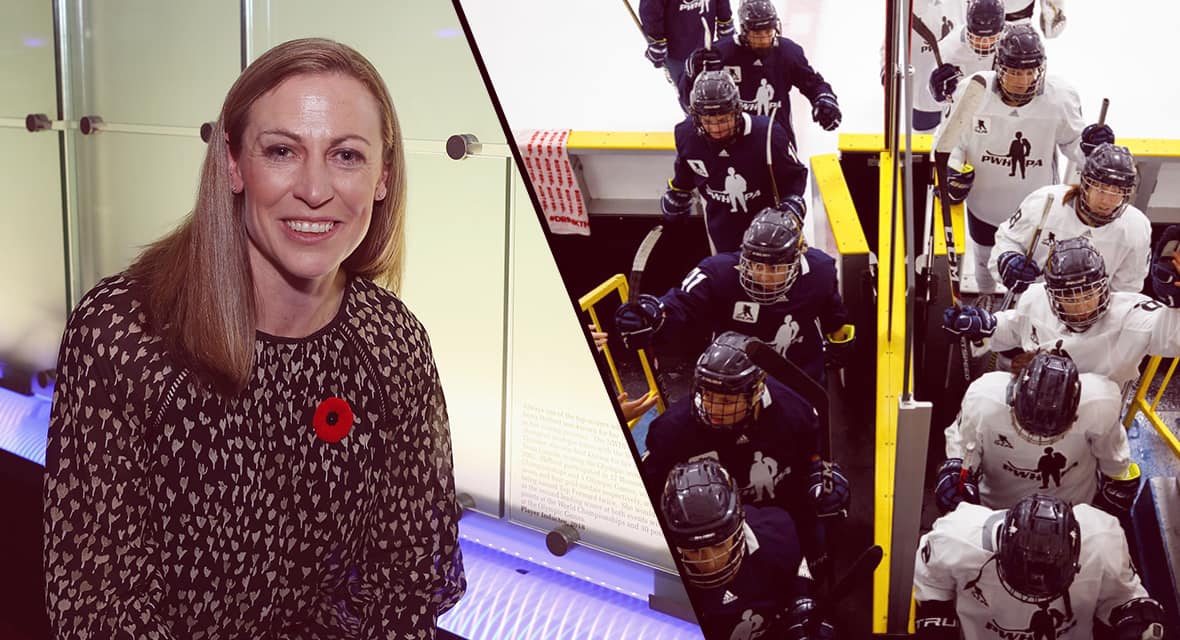 CBC’s Anastasia Bucsis speaks with PWHPA Operations Consultant Jayna Hefford to discuss the PHWPA’s partnership with the Toronto Maple Leafs and the future outlook of the women’s game. 4:55

The NHL continues to be on board, with the Chicago Blackhawks hosting a tour stop the following weekend, and the Toronto Maple Leafs pledging support even though they can’t host an event because of health regulations.

Just as important, the PWHPA’s list of corporate partners has grown despite the pandemic, with Secret Deodorant committing $1 million US to become the tour’s prime sponsor, and the Mark Messier Foundation recently pledging to match donations up to $100,000

The association already had the backing from other corporate sponsors to establish five hubs — two in the U.S. and three in Canada — where players have free access to practice and training facilities.

Led by the world’s top female players, the PWHPA was founded in May 2019 following the economic demise of the Canadian Women’s Hockey League.

Rather than join forces with the privately funded U.S.-based National Women’s Hockey League, the players emphasized a need to start over in forming one league — ideally backed by the NHL — in which players can earn a sustainable wage and enjoy health benefits.

The game at MSG comes on the heels of the NWHL’s failed bid to complete a two-week season and playoffs at Lake Placid, New York. Play was cancelled after two of the six teams were unable to continue, and players tested positive for COVID-19. Though the NWHL hasn’t ruled out resuming competition next month, it was a lost opportunity to increase the league’s visibility because NBC Sports Network was scheduled to broadcast the semifinals and championship game.

Negative publicity also overshadowed the start of the tournament, when a debate arose over whether the media site Barstool.com should be considered a potential league partner. The NWHL said it would not sell a franchise “to anybody who is not fully supportive of this league’s values.”

The woes re-emphasized the PWHPA’s objective for the sport to start fresh.

“It’s not us against them. It’s about the infrastructure and resources,” she added. “It takes a huge investment. And that’s what we’re standing for. We’ve got to be able to put women’s professional hockey on a platform to succeed.”

Hefford said there is added urgency to take advantage of the boost women’s hockey will get from competing at the 2022 Beijing Winter Games.

“I don’t know when a league starts, but if you’re looking at the fall of 2022, something needs to exist,” she said. “We’re in a place where we’re trying to figure out what that is and what it looks like.”

The New York Rangers were among the first to partner with the PWHPA this season.

“I think every step forward is an advancement that’s important,” said Rangers president John Davidson, who was a part of the broadcast team covering the U.S. winning the Olympics’ first women’s hockey gold medal at the 1998 Nagano Games. “I’ve always had a belief in women’s hockey, and the Garden is stepping up.”

Hefford, a Hockey Hall of Fame member, can’t wait for the puck to drop on Sunday.

“Yeah, I almost came out of retirement,” she said. “I want to play there.”