Jesse Puljujarvi had a pair of goals and the Edmonton Oilers posted a 4-2 win over the slumping Ottawa Senators on Tuesday to sweep the two-game series.

It was the first time in more than two years that the big Finnish forward scored in the NHL.

Darnell Nurse and Leon Draisaitl also found the back of the net for Edmonton (6-6-0), while Connor McDavid and Tyson Barrie each tallied a pair of assists.

The Senators (1-8-1) got a goal from Cedric Paquette in the second frame before rookie Tim Stutzle added a late one.

Mikko Koskinen had 23 saves for the Edmonton and Ottawa netminder Marcus Hogberg stopped 21-of-25 shots. 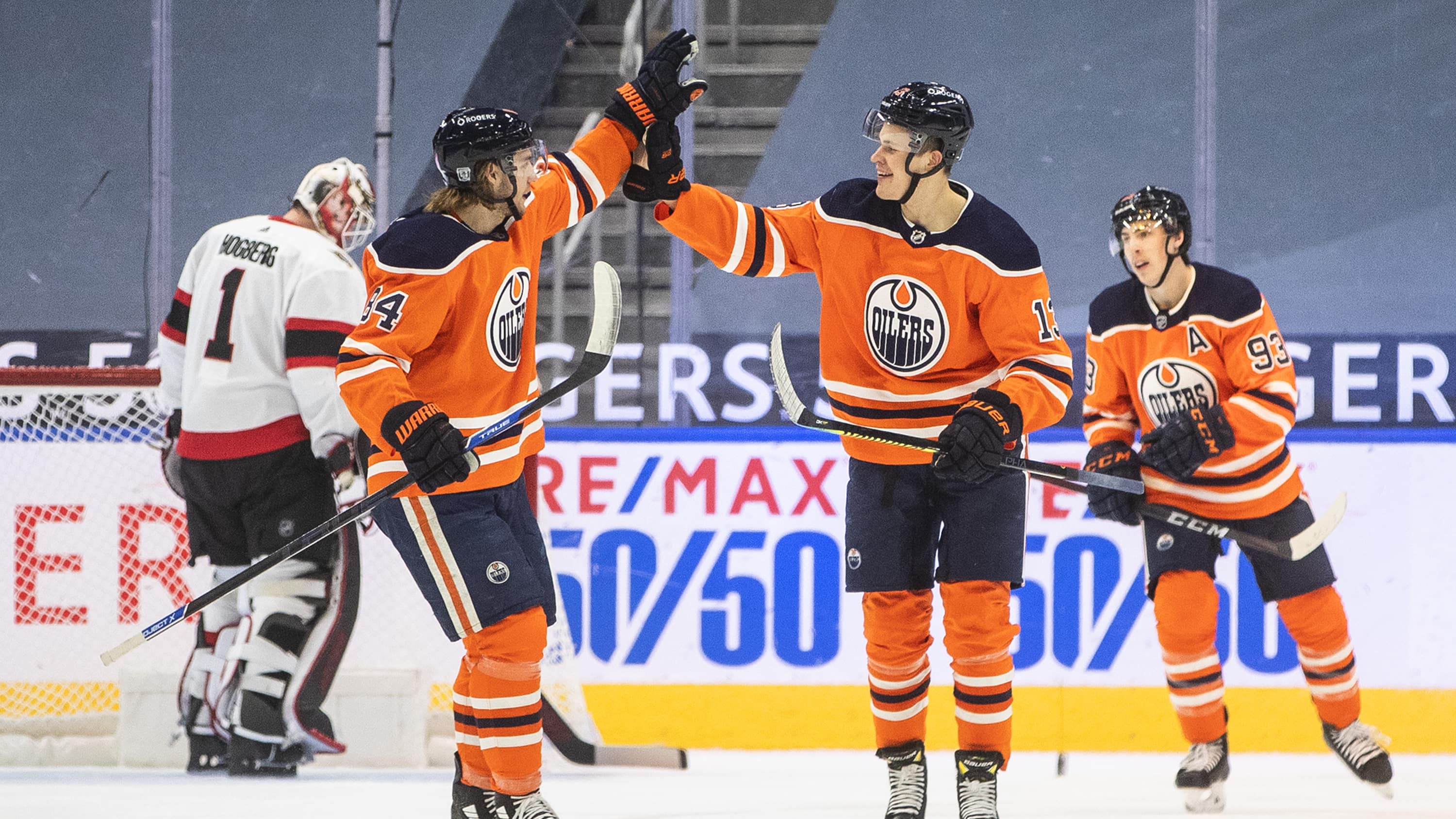 The Senators had ample opportunities to score with a man advantage, but failed to convert on five power plays as the squad’s losing streak stretched to nine games.

Stutzle had a golden chance to claw one back for the Sens with less than eight minutes left on the clock Tuesday, but his shot went off Koskinen’s shoulder and flew high over the Oilers net.

He was careful not to miss with just 29 seconds to go, though, putting a shot through Koskinen’s legs with precision to seal the score at 4-2. It was Stutzle’s third goal of the season.

Edmonton’s Gaetan Haas put the puck in the back of the net as time expired, but the goal did not count.

Evan Bouchard made his way on to the scoresheet 5:30 into the middle frame with a long shot that Puljujarvi deflected in for his second goal of the night. Bouchard registered his first NHL assist on the play.

The 21-year-old defenceman made his season debut on Tuesday after spending the fall playing in the Swedish Hockey League. Oilers coach Dave Tippett dressed 11 forwards and seven defenceman to get Bouchard in the lineup.

Ottawa cut Edmonton’s lead back to three 12:06 into the second frame.

Thomas Chabot delivered a pass to Paquette to the right of the Oilers net, and Paquette took a moment to settle the puck before leaning around Barrie to take his shot.

The marker was the 27-year-old centre’s first goal for Ottawa. Tampa Bay traded him to the Sens for in late December.

It was in the first frame that the Oilers opened the flood gates, racking up three goals in less than five minutes.

Nurse was got on the board 9:42 into the game, launching a one-timer from the blue line that sailed in past Hogberg’s stick.

Three minutes later, Puljujarvi took a pass from McDavid near centre ice and muscled his way into the Sens zone. Hogberg stopped the initial shot but Puljujarvi followed up and buried the rebound in the yawning net.

Draisaitl put the Oilers up 3-0 before the end of the period. The German sniper appeared poised to send a pass through the slot as he skated into Sens territory, but at the last moment he ripped a shot from the face-off circle, catching Hogberg out of position.

The Senators will be back in action Thursday when they face the surging Canadiens in Montreal.

The Oilers have a brief reprieve before facing the Flames in the season’s first Battle of Alberta on Saturday.