Max Nekrasov, 15, is relentless in his repeated search for a sought-after treasure that’s been elusive during the COVID-19 pandemic: The Playstation 5.

The Toronto teen runs a Twitter account with more than 19,000 followers that flags whenever a retailer restocks the popular video game console.

“If you’re really trying each [product] drop, you’re probably going to get one,” said Nekrasov, who has already scored his own Playstation 5, but wants to help others find theirs. “But it can take really a few months before you can get one, because this stock — there’s not that much at all.”

It’s not just a problem for video-game lovers. A shortage of semiconductors — the microchips needed in everything from military equipment to coffee makers — is causing delays around the world, disrupting supply chains for smartphones and causing major problems in the auto industry. For consumers, it means a delay in getting some products. It could also mean higher prices.

The paucity of Playstations is partially due to an increased demand in home electronics as people have been hunkering down amid COVID-19 lockdowns and stay-at-home orders. But another factor is that that Sony can’t source enough semiconductors to keep up with global demand.

“The supply chain is broken, from the beginning all the way to assembling the goods and delivering it to the customer,” said Nikola Dimitrov, a vice-president with AIS Technologies Group in Windsor, Ont.

Dimitrov’s company needs semiconductor chips for precision imaging machines that assemble key auto parts and verify the work has been done correctly. Dimitrov said there’s been a lag of several months during the pandemic, affecting both work timetables and billing cycles.

“There are so many moving components that have to just fit together to deliver the product to the customer on time, and any breakage in any of these links will affect the timing [and] sometimes the end result,” he said.

The pandemic changed global demand patterns — people bought more electronics but fewer cars and trucks, so automakers scaled back production, said Will Mitchell, a professor of strategic management at the Rotman School of Management in Toronto.

“They don’t order as many chips, [so] the people who make the chips cut back on staffing, shut down some facilities and have less of a base to make more  chips,” he said. “Now we’re in 2021, demand is coming back, orders for chips are coming back and the companies that make the chips have to scale up production.”

Those companies — in Korea, Taiwan and Singapore, among other places — need two to three months to ramp back up, he said.

That is bad news for automakers.

Chrysler shut down its Windsor, Ont., plant for three weeks due to the shortage, forcing temporarly layoffs. General Motors idled three plants, including one in Ingersoll.

Data firm IHS Markit estimates that worldwide shortages will only bottom out in March, putting the production of a million light vehicles at risk in the first quarter. Strategy Analytics forecasts a drop in car production in Europe and North America of 5 to 10 per cent this year.

Moody’s predicts the chip shortage will cost Ford and General Motors about one-third of their pretax earnings this year.

IHS Markit expects the lost production could be made up later in the year. But the shortage could compound already tight vehicle inventories, driving up prices that rose when factories were closed last year due to the novel coronavirus.

Automakers ‘not as important as they think they are’

Dimitrov said part of the issue is that automotive is a relatively small sector for chipmakers. The auto industry spends around $40 billion US a year on chips — about a tenth of the global market.

“The business model of the chip manufacturers, I think, is playing a big role into this,” he said. “I think the automotive sector is finally realizing they are not as important as they think they are.”

WATCH | How the pandemic has affected supply lines 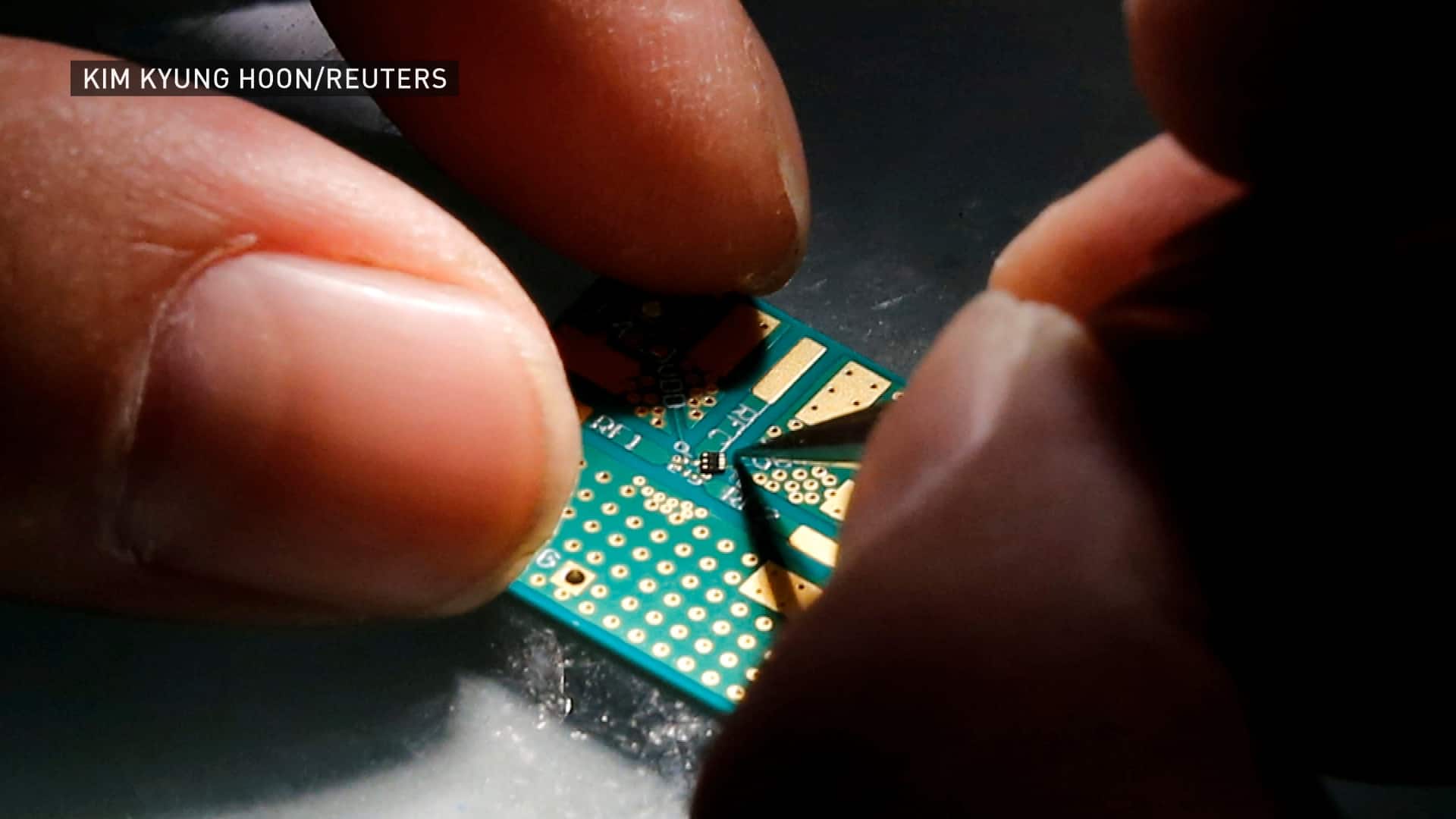 The U.S. will look at the possibility of increased domestic production, but Biden will also look to work with international partners to ensure a stable and reliable supply chain.

Mitchell said products typically need parts from multiple countries, so it’s not as simple as keeping manufacturing at home.

If there’s an upside, “it’s that’ll help us recognize the value of global trade,” he said, adding that closing borders means a weaker economy and society.