Fortin said 444,000 Pfizer doses will be delivered each week for the first two weeks of March.

While those delivery figures are significantly higher than the amounts Canada has been receiving in recent weeks — only 70,000 Pfizer doses were delivered this week, for example — they raise questions about the government’s ability to hit Prime Minister Justin Trudeau’s promised target of six million doses delivered by the end of March.

As of this week, the federal government has delivered 1.4 million doses of both the Moderna and Pfizer products.

Fortin said 168,000 doses of the Moderna vaccine will ship the week of Feb. 22 — significantly fewer than originally promised owing to manufacturing issues at the company’s plants in Europe.

All told, the government expects delivery of 3,334,000 shots by March 15. That means the two manufacturers will then have to deliver 2,666,000 shots combined — or roughly 888,666 a week — in the subsequent three weeks of March to hit Trudeau’s target.

So Pfizer is on track to meet that four million target given what Fortin said today about subsequent deliveries being above 400,000 each week for the foreseeable future. But the Moderna target is in doubt.

Moderna only delivers shots to Canada every three weeks, meaning the March 15 shipment will have to be many times larger than past shipments if the company is to meet its contractual obligations. 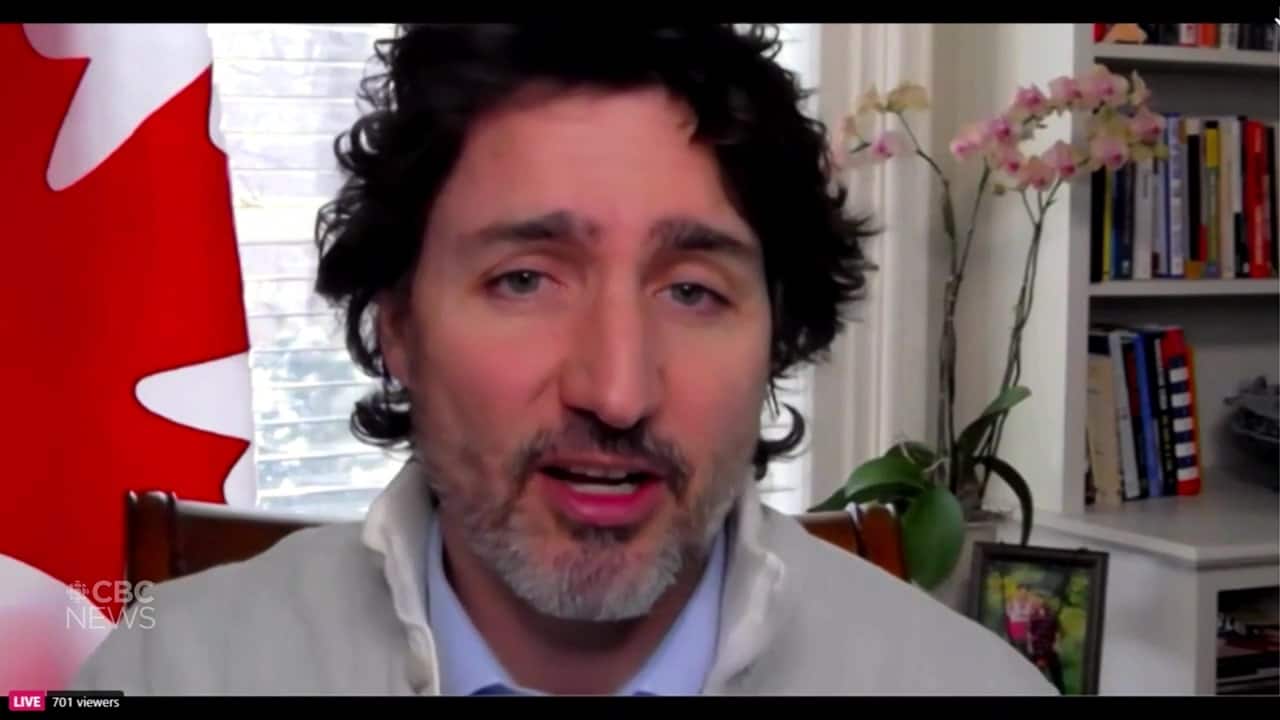 Prime Minister Justin Trudeau spoke with a round table of health care professionals on Thursday from his home office at Rideau Cottage. 2:07

Trudeau said that despite those challenges, he remains confident his government will hit its targets.

“Right now we are all very aware that we need more vaccines and we need them quickly,” Trudeau said during a virtual roundtable discussion with health care professionals from across the country Thursday.

“Because of global production challenges there’s been a few weeks of slightly fewer vaccines coming in that we’d like. But we’re approaching something that we’re calling ‘the big lift,’ which is the phase where we go from vaccine scarcity, as we are right now, to receiving millions upon millions, even tens of millions of vaccines into the spring.”

Fortin said there’s a possibility that there could be two Moderna shipments in March but he didn’t know for sure how many doses will arrive in the weeks ahead.

“The government of Canada continues to work with the manufacturer to confirm the exact doses and dates for upcoming shipments,” he said. “At this time we expect it to be delivered.”

Fortin said he believes the country is on the “right trajectory.”