All those new pet photos you’ve been seeing on social media don’t lie. The COVID-19 pandemic has prompted booming demand for pets from Canadians feeling isolated after months of social distancing. And that’s meant big opportunities for a slew of Canadian companies that cater to that craving for companionship.

Daniela Amorim and Arlin Lincoln of Toronto are among those who joined the craze, adopting a four-month-old Boston terrier after the first lockdown in March. They described it as a very “2020 decision,” giving in to a longtime impulse to fetch themselves a fido to fuss over.

Their puppy, Riley, has been everything they’d hoped for, and has quickly become the ideal companion for the pair’s current circumstances working from home.

“She forces us to get out of the house, too, and be a little bit more active, so it kind of just made sense for us,” Amorim told CBC News in an interview.

While the couple loves the companionship, free time isn’t the only thing they’re spending on Riley.

“We’re going to Petsmart pretty much every week, and then local dog stores and then puppy training … she’s the biggest expenditure,” Amorim said. “But we don’t mind. It’s weird. We’re just happy to have her.”

Scott Arsenault runs the pet store chain Ren’s Pets, with 32 locations across Ontario, New Brunswick and Nova Scotia. In an interview from the company’s store in Mississauga, Ont., he said he is definitely seeing far stronger sales than usual this year.

Arsenault said even the dark days of March and April saw strong sales in stores, as existing pet owners loaded up on supplies. He said sales remained strong through the summer for two main reasons: more first-time pet owners, and higher sales to existing customers.

With many pet owners spending more time at home these days, they are also spending more money on toys and treats for their pets who are home all day, too.

WATCH | Ren’s Pets president on the pandemic’s impact on sales: 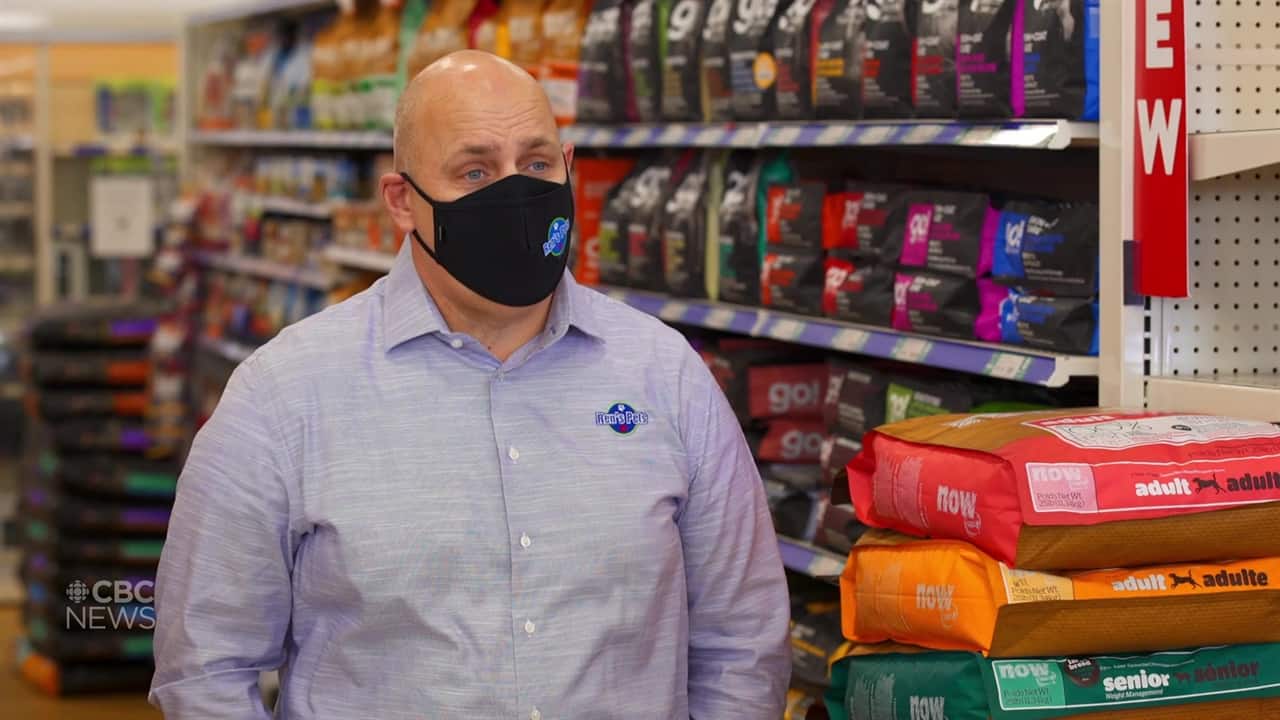 Company president Scott Arsenault explains why sales at his chain of pet stores across Ontario have been booming during the pandemic. 0:37

Across Canada, sales are up in the pet category by about five per cent in 2020 compared to last year. That may not sound like much, but, as Maryland-based market research firm Packaged Facts put it, for a mature industry, it’s actually “quite robust.”

“It reflects a high rate of pet acquisition in 2020 and it’s the kind of growth rate in a large and mature market that has made the pet industry a darling,” research director David Sprinkle said in an interview.

Canadians spent more than $5.7 billion on their pets this year, an increase of about $300 million compared to 2019, according to German market data firm Statista. And that figure is projected to grow by more than $100 million next year, too. More than a third of all Canadian households now have a dog, and 40 per cent now have a cat, Statista says. Both figures are up from last year.

More than just food and toys

All those pets don’t just need food and toys, many also require training classes. And that segment of the market is having trouble keeping up with demand.

Andre Yeu, founder and head trainer of When Hounds Fly dog training school in Toronto, says his business has never been so busy.

“We have to turn away a lot of people week after week,” he said in an interview. “We just simply don’t have enough classes or instructors or spots for all the people that are trying to get their puppy into classes.”

(Yeu spoke to CBC News prior to the current lockdown in Ontario that shut all non-essential businesses, including his own. He plans to reopen safely once regulations allow it.)

He would love to expand, but it takes time to properly train someone to be an instructor, so he can’t just start offering more classes overnight.

He said he hopes to expand the number of spaces in classes by about a third next year, but even that will be just a drop in the bucket compared to the “hundreds” of requests for dog-training classes he’s currently seeing every week.

WATCH | The challenges of meeting growing demand for dog training: 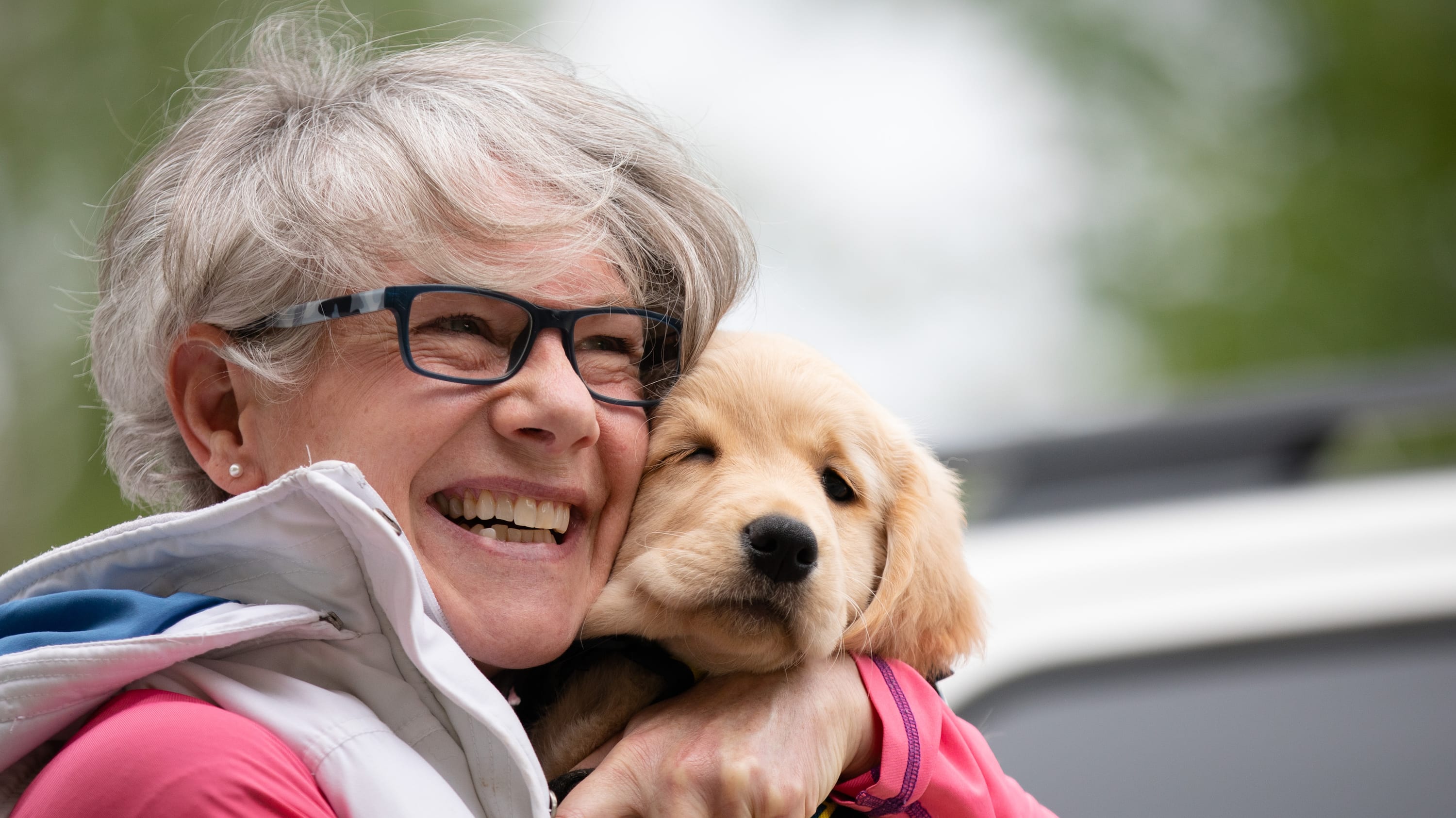 Amorim and Lincoln managed to get a spot in one of the school’s classes. And while they have some anxiety over what may happen if and when they’re no longer able to work from home and have to leave Riley alone there during the day, for now, they have no regrets about their decision to turn their duo into a trio and give Riley the happy home she deserves.

“It’s been a pretty dull year, and it’s something that gets us excited,” Lincoln said. “I think it’s been kind of a highlight of the year.”