Ontario Provincial Police Const. Marc Hovingh faced each day with “bravery and resolve” and was “nothing short of heroic,” OPP Commissioner Thomas Carrique told mourners attending the funeral service for the 52-year-old officer on Saturday.

“I stand before you today with a broken heart, asking myself how, how it is possible to be so sad but yet so proud at the same time,” Carrique said.

“We are grateful and forever indebted to you for your service.”

Hovingh died last week in the line of duty on Manitoulin Island, located about 180 kilometres southwest of Sudbury, Ont.

Because of COVID-19 restrictions, the funeral — being held at the high school in the First Nations community of M’Chigeeng — was by invitation only. The service was livestreamed online, and some Manitoulin residents watched the livestream together at a drive-in in Little Current.

Premier Doug Ford and Lieutenant Governor Elizabeth Dowdeswell were among those in attendance.

In his opening remarks at the service, pastor Joel Lock remembered Hovingh as someone who “gave completely of himself to neighbour and friend.”

Hovingh died on Nov. 19 following a shooting in Gore Bay. A civilian involved in the shooting also died. Sudbury police, as well as the province’s Special Investigations Unit, are investigating what happened.

Following an autopsy in Toronto, Hovingh’s body was transported back to Manitoulin Island on Monday, escorted by OPP vehicles. A visitation was held on Friday at Mindemoya Missionary Church, where Hovingh was a parishioner for 20 years. 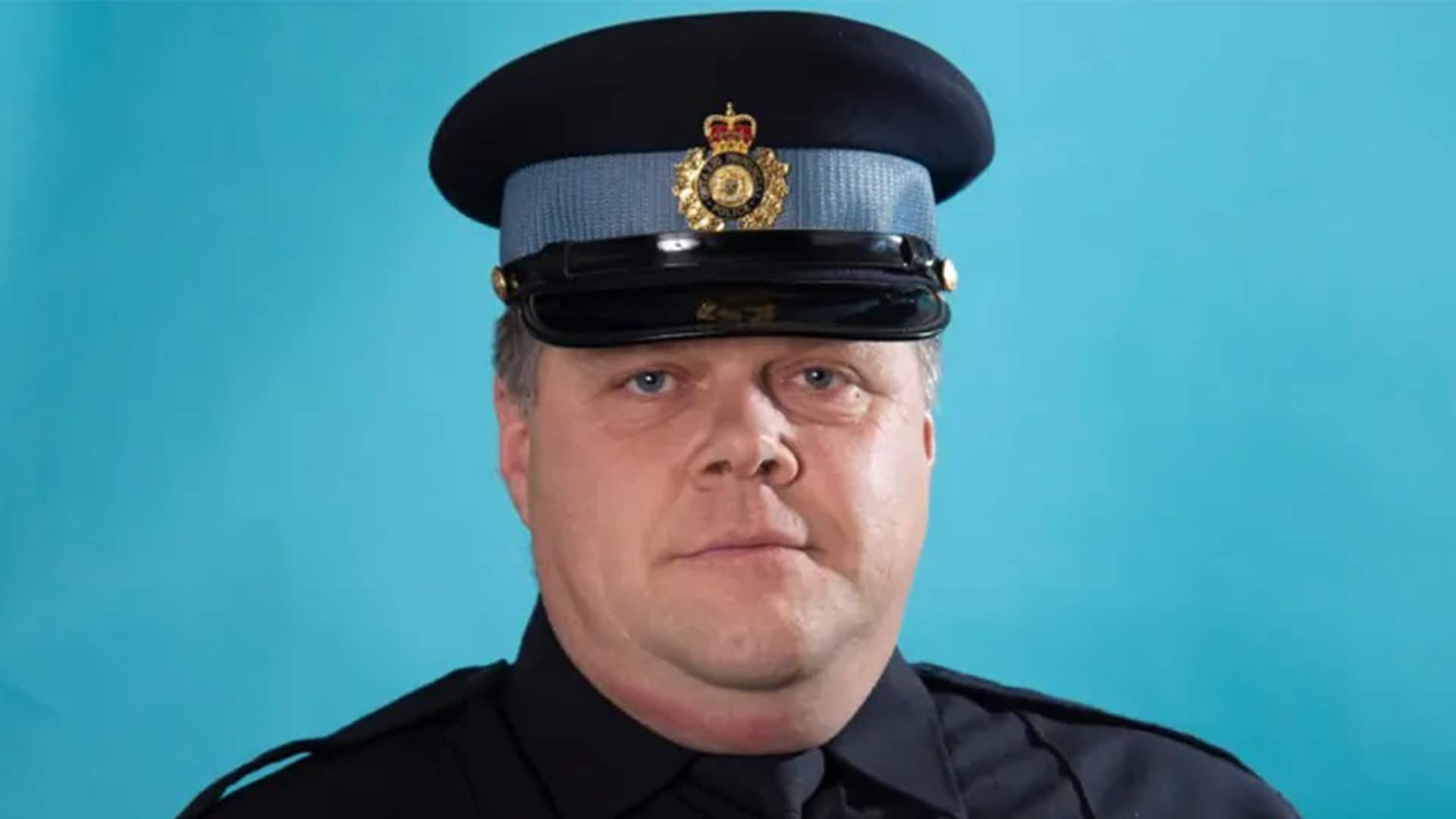 Mourners attended the funeral service for fallen Ontario Provincial Police Const. Marc Hovingh, who was shot on Nov. 19 while responding to a call on Manitoulin Island. 3:20

Community members are remembering Hovingh as a devoted Christian, community member and father. He served as an OPP officer for 28 years.

Colleague and friend Marie Ford remembered Hovingh as someone with an “unparalleled” sense of humour, as well as someone who “supported the underdog.”

She said Hovingh’s care for his community “went hand in hand with his work as a constable.”

“Over the past week, I have heard numerous stories about Marc and the loads of little things he did to help brighten people’s day. I never knew about most of them, because Marc didn’t need credit,” Ford said.

Hovingh is survived by his wife, Lianne, and children Laura, Nathan, Elena and Sarah.

“It’s to Marc’s family who he held dearest that we ache with words we cannot express,” Lock said.

During the service, Lianne Hovingh said her family feels no anger, and she thanked everyone — from family and friends to the police community to complete strangers — for the outpouring of support, which she says has felt “like an ocean of love” that has comforted her family.

“I truly feel if the world wants to see what love looks like right now, they just need to look at Manitoulin Island.”