The provincial government is recommending that kids not go out trick-or-treating in the parts of Ontario that have been hardest hit by a resurgence in COVID-19 cases.

“Given the high transmission of COVID-19 in the modified Stage 2 public health unit regions of Ottawa, Peel, Toronto and York Region, traditional door-to-door trick-or-treating is not recommended, and people should consider alternative ways to celebrate,” provincial Medical Officer of Health Dr. David Williams said in a statement.

The province says trick-or-treating is permissible outside of those regions but with these safeguards in place: 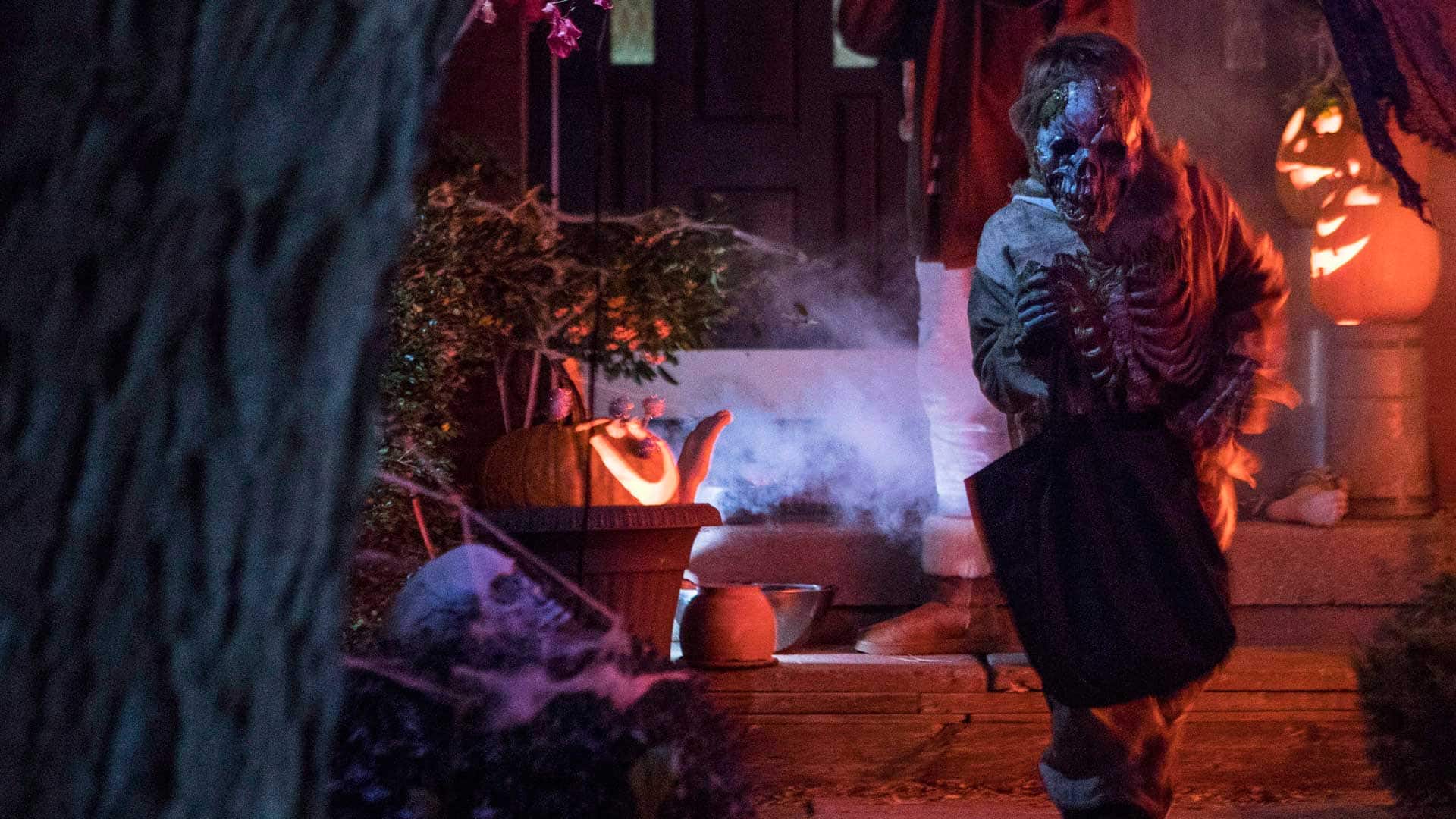 The Ontario government is recommending that children stay home this Halloween in COVID-19 hot zones like Ottawa, Toronto, Peel and York regions. 2:38

Dr. Isaac Bogoch, an infectious disease specialist and researcher based at Toronto General Hospital, said on Twitter Monday that the province’s plan for Halloween doesn’t sit right with him.

“The goal should be to find ways to do things safely rather than cancel,” he said. “Halloween shouldn’t be too tough to do safely: Outside, wearing masks, restricted to family units, distant from others … is about as low-risk as it gets.”

Bogoch added that no matter what, it’s still important to adhere to local public health guidelines.

Dr. Andrew Morris, a professor in the department of medicine at the University of Toronto who studies infectious diseases, similarly questioned the move on Twitter. He asked why kids are allowed in classrooms, and outdoor unmasked dining is permitted in these regions, but trick-or-treating is not.

“Yes, we are in a pandemic but PLEASE reconsider this, [Doug Ford],” he wrote.

At his daily news conference Monday, Premier Ford said these measures are necessary to “protect Christmas and the holiday season.

“We’re trying to make it as safe and as simple as possible,” Ford said. “My friends, we all know this isn’t going to be a regular Halloween.

“We just can’t have hundreds of kids showing up at your door if you live in a hot spot.” 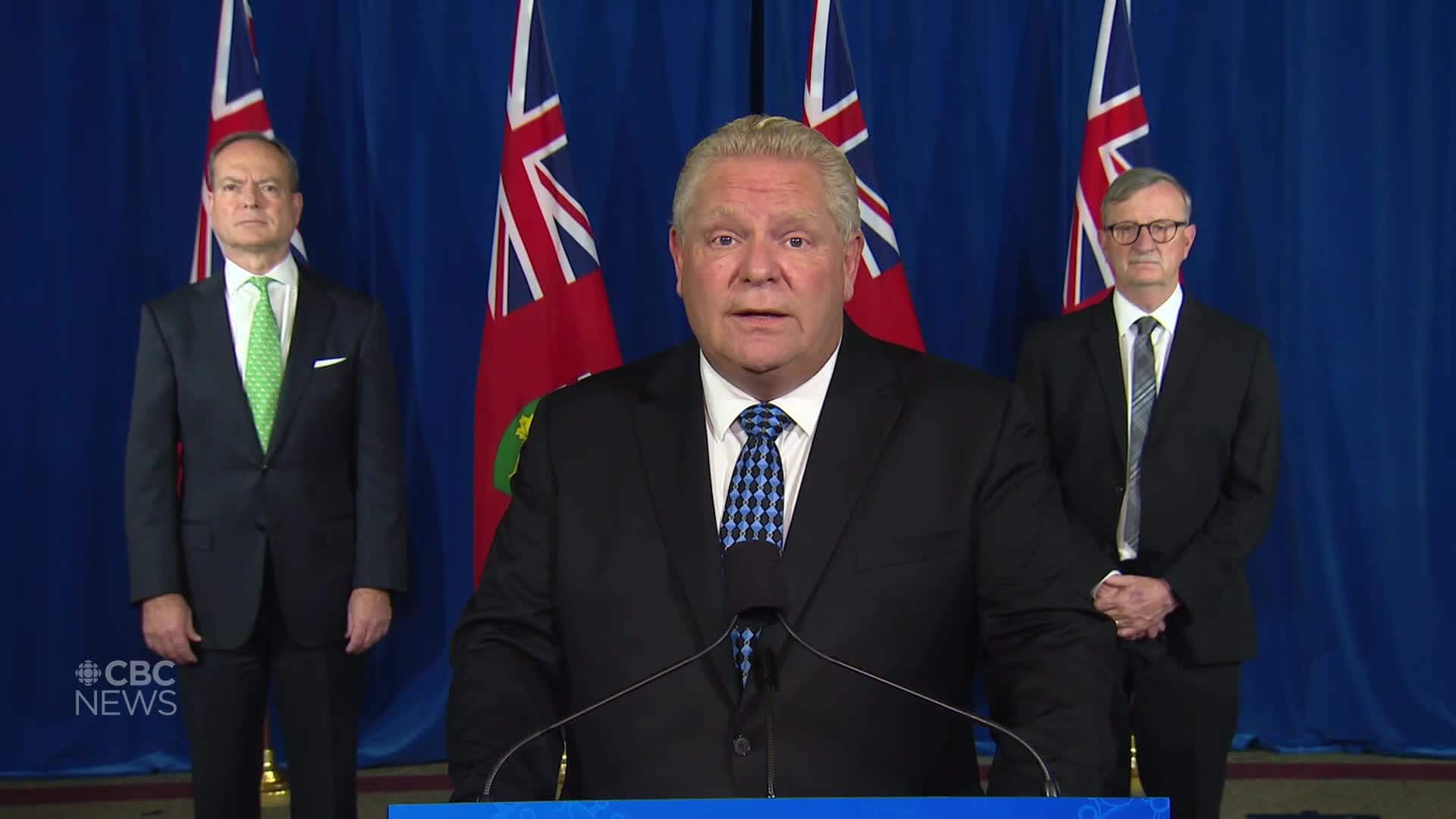 Ford said Monday that trick-or-treating should not be happening in Ontario’s hot spots. 1:19

Both Ford and Williams were asked about what specific benchmarks the province would need to see to allow for relaxed restrictions around the Christmas season. Neither provided specific answers, citing uncertainty around the world when it comes to the virus.

“A lot is happening. We’re in a global reality,” Williams said.

“We have to be extra careful before we can open things up.”

The news about Halloween came as Ontario reported an additional 704 cases of COVID-19 on Monday morning.

Testing levels were again well below the 50,000 benchmark provincial officials had set for October, with 31,864 tests completed. There are 16,303 test samples currently in the queue. Dr. Barbara Yaffe, associate medical officer of health for the province, said at a news conference Monday that the overall positivity rate in Ontario is now 3.1 per cent.

Yaffe said that 80 per cent of cases from the last few days were found in Ontario’s hot zones for the virus, and the province is also “very closely monitoring” all other regions that are seeing an uptick in cases, lsuch as Halton, eastern Ontario and Hamilton.

Health Minister Christine Elliott said in a tweet that 244 cases were found in Toronto, as well as 168 in Peel, 103 in York Region and 51 in Ottawa.

There were also 607 resolved cases. An additional four deaths were added to the province’s official tally.

“I would also like to remind everyone that we are in a second wave of COVID-19,” Williams said in his statement. “There have been increases in cases in many areas across the province, and the percentage of people tested who get a positive result is going up.

“The severity of this second wave is in our hands. Through our collective efforts, we can change the outcome of this new outbreak.”

The number of infected patients in Ontario hospitals rose slightly, from 247 to 252, but the province said a number of hospitals did not submit data on hospitalizations, which often happens on weekends.

“We anticipate the number of hospitalized patients may increase when reporting compliance increases,” the province said on its website.

The number of patients in intensive care fell by two to 69, while the number of people on ventilators dropped by three to 40.

The number of outbreaks in Ontario’s long-term care homes continues to rise, shooting up seven to 86. The number of active cases of positive residents dropped slightly, however, down five to 209.

Confirmed cases among long-term care staff rose by 11 and now stands at 234.

Williams’s advice comes as stricter measures take effect in York Region today to curb the spread of COVID-19. The province has already imposed the same measures on Toronto, Peel Region and Ottawa.

Indoor service in restaurants is prohibited, gyms and movie theatres are closed and public gatherings can be no larger than 10 people indoors or 25 people outdoors.

During Monday’s news conference, Ford also asked anti-lockdown protesters to stop showing up at his home every Saturday morning.

Instead, Ford said, people are welcome to protest but should do so at Queen’s Park.

“My street is packed with little kids. And when protesters show up at 10 in the morning every Saturday, the kids don’t go out and play … my neighbours are frustrated,” he said.

“You are scaring [my neighbours]. You’re intimidating them.”