As Ontario health officials project some 1,000 new COVID-19 cases per day in the first half of October, Premier Doug Ford still won’t say at what point the province could see rollbacks to Stage 2 of its reopening plan.

“We aren’t rolling back today. I’m not saying that’s not going to happen, but today that’s not a conversation that’s going to happen in cabinet,” Ford told reporters at a news conference just hours after the provincial government released the stark new forecasting on Wednesday.

The premier, along with Chief Medical Officer of Health Dr. David Williams, insisted that while the province reached a record-setting new daily case count this week, it would not emulate the widespread lockdowns seen during earlier phases of the pandemic.

“It’s a different time,” Williams said, indicating the province would go after “target” areas as opposed to moving in “broad strokes,” adding for example, that Ontario intends to keep its schools open.

Still, there was no word on when those regional rollbacks could take place.

The comments come as the province confirmed another 625 infections of the novel coronavirus and released updated modelling of the possible curves Ontario could see in its infections throughout the fall.

As for why the province hadn’t yet released its complete fall preparedness plan, Ford said it was being announced piecemeal over several days so that the public could properly absorb it.

Shortly after the news conference, the full plan was published on the province’s website. You can read the entire plan below.

On hand to deliver the data at Wednesday’s earlier forecasting news conference was Williams, as well as Adalsteinn Brown, dean of the Dalla Lana School of Public Health at the University of Toronto, and Matthew Anderson, president and CEO of Ontario Health.

The number of new cases reported daily are doubling every 10 to 12 days, Brown said, meaning the province could see a “remarkably high surge” in coming weeks.

The growth in infections was initially limited primarily to the 20-39 age group, he said, but now cases are climbing in every age group.

“Although we see a large amount of infections among younger people right now, this is likely starting to spill over into older age groups, which is where we see the most tragic and most challenging consequences for health and for the health-care system,” Brown said.

The five-day rolling average of new daily cases, a measure that smooths peaks and valleys in data, has been steadily rising since reaching its low in the first two weeks of August.

Brown also noted a troubling upward trend in the per cent positivity rate of COVID-19 tests, which is now approaching three per cent in places like Toronto, Peel and Ottawa. The provincewide average is currently about 1.75 per cent.

Williams said the modelling doesn’t take into account new rules introduced by the government in recent days, such as closing strip clubs and limiting hours of operation for bars and restaurants. Health officials will wait to see if the measures help to curb the growth in new cases before possibly implementing any further restrictions, he said.

“We need to pull up our socks,” he said. “We can impact the curve.”

WATCH | Not all COVID-19 measures need to be provincewide, says health official: 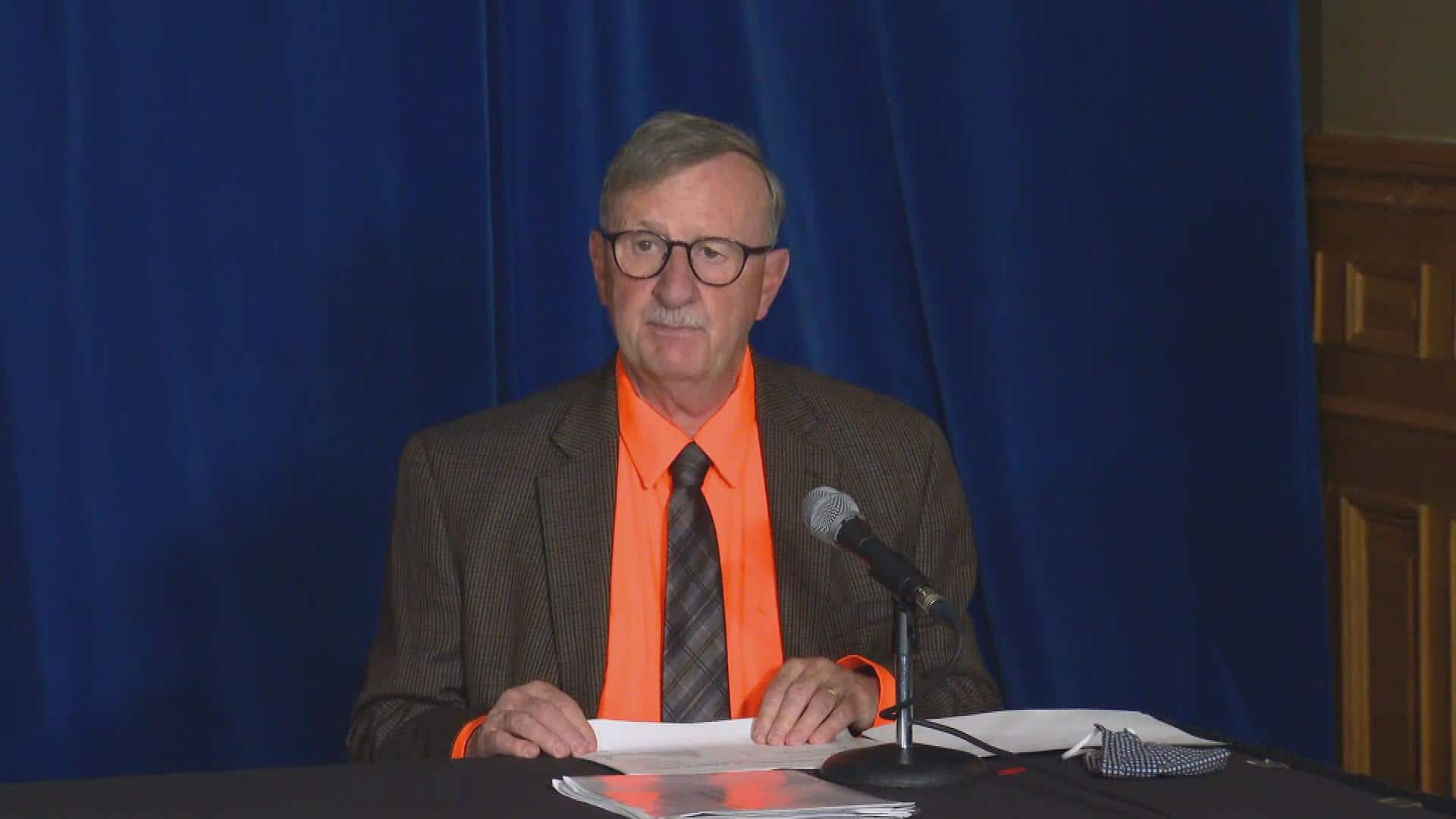 Fighting a rise in Ontario COVID-19 cases requires concentrated measures, says Chief Medical Officer of Health Dr. David Williams, who appealed for people to take a ‘what else can we do?’ attitude. 3:24

The modelling also warns about the risks of increasing occupancy in hospital intensive care units, which Anderson said is just one measure of the virus’s impact on the health-care system.

The province is trying to avoid ordering a total stop to most surgeries, as was done earlier in the pandemic, creating a significant backlog. But normal hospital operations cannot be maintained if more than 350 patients are in ICUs across the province, the projections state.

As of Wednesday, 35 people were being treated for COVID-19 in ICUs in different parts of Ontario.

“Really what we’re trying to reflect … is that this disease can have a profound impact on other aspects of our life and of our society,” Anderson said. “What we want to do is protect those procedures.”

Consistent with recent weeks, the majority of the 625 new cases reported on Wednesday by Ontario’s Ministry of Health were concentrated in four public health units:

Health Minister Christine Elliott said about 62 per cent of new cases are people under 40 years old.

Ontario has now seen a total of 51,710 confirmed cases of COVID-19 since the outbreak began in late January. Of those, about 84.9 per cent are considered resolved. Another 457 were marked resolved in Wednesday’s report.

There are currently some 4,955 confirmed, active infections provincewide, the most since April 29.

As part of that total, the province is reporting another 52 cases of COVID-19 in schools across the province.

The government says at least 32 of those infected are students, while eight are staff and 12 have not been identified.

Wednesday’s development brings the total number of cases in schools to 342 — 188 of which are in students.

The government says 282 of the province’s 4,828 schools have at least one case of COVID-19. It says three schools have been shut down due to the virus.

The number of patients in Ontario hospitals with confirmed cases of COVID-19 now sits at 150, nearly double what it was just one week ago. The rise in hospitalizations began about two weeks after new daily cases started accelerating.

The province’s network of labs processed 35,753 test samples for the novel coronavirus on Tuesday, while the backlog of tests waiting to be completed has grown to 67,126.

See the province’s full fall preparedness plan for yourself here.