None of the federal government’s recently announced new travel measures — which include COVID-19 testing upon arrival — apply to the largest group of people regularly entering Canada: Commercial truck drivers.

Of the 10 million entries into Canada since March 21, 2020, close to half — 4.6 million — were made by commercial truck drivers crossing by land, according to the Canada Border Services Agency.

Because truck drivers deliver essential goods across the border during the pandemic, the government has exempted them from quarantine and all COVID-19 test requirements. Ottawa says it’s exploring tests for truckers at the border but has not yet presented concrete plans.

“You hear how this thing is spreading like wildfire,” said long-haul trucker Luis Franco of Calgary, who transports goods to the U.S. four to five times a month.

“I’m very concerned about my family when I come back,” Franco said. “I don’t want to get them sick.”

Even though truck drivers are exempt from quarantine, they must follow other protective measures such as wearing masks, social distancing and answering health questions at the border.

Despite following all the rules, Franco said he still feels unsafe because he encounters many people at U.S. rest stops who don’t take precautions.

“A lot of the Americans like in the southern states, or in the western states, they don’t believe in COVID,” he said. “You walk into a truck stop or fuel up, or to do whatever you got to do and [it appears as though] 80 per cent of the people, they’re not wearing masks, they’re not social distancing.” 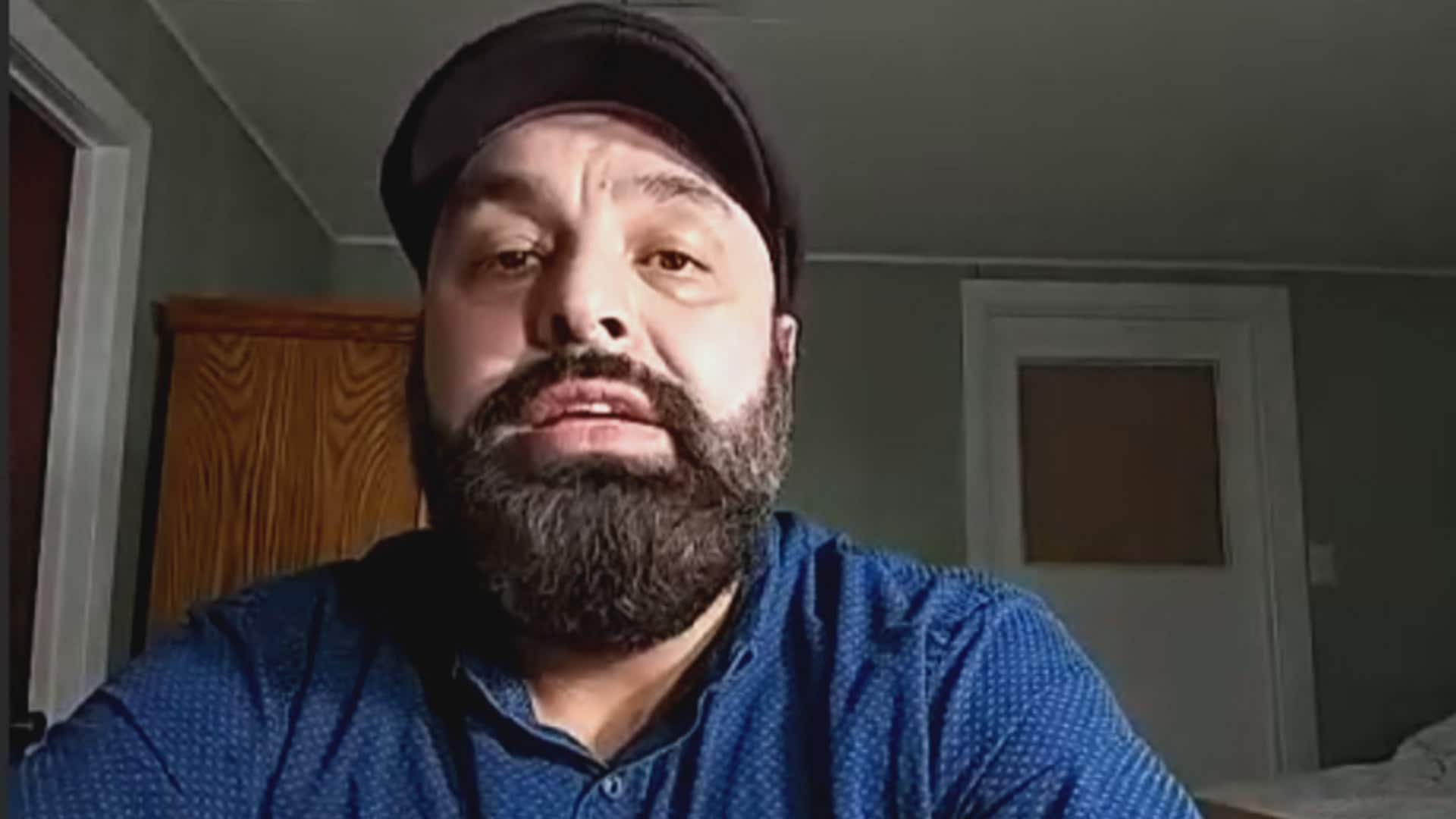 Calgary-based Luis Franco says the essential worker exemptions for border crossing truck drivers like himself are dangerous. He makes four to five trips into the U.S. every month, where he says too many people aren’t taking COVID-19 seriously. He worries he could be infected and bring the virus — or one of the highly-contagious new variants — into Canada, and into his own home. He wants to see the federal government take action, to either enforce rapid testing at the border or to give truckers priority for the COVID vaccine. 2:02

As an added protection, Franco wants the government to test truckers for COVID-19 each time they cross into Canada.

“A lot of us could very well be asymptomatic,” he said.

Franco’s not alone. More than 100 Canadian science and health experts have signed a petition calling for the federal government to implement strict border measures, including COVID-19 tests for everyone entering Canada — including essential workers.

On Jan. 29, eight days after the petition was launched publicly, the government announced it was toughening up its border measures.

Effective Feb.15, travellers entering Canada by land must show proof of a negative COVID-19 test at the border. And starting on Feb. 22, they will also be required to take another COVID-19 test on arrival, as well as one near the end of their 14-day quarantine.

However, truckers and other essential workers — who are already exempt from quarantine — are exempt from the new test requirements.

“We’re working very closely with the Public Health Agency of Canada and also with our provincial health authorities to [look] at implementing a system of regular testing to help protect those essential workers and truck drivers that are coming into the country and also to ensure that they’re not the source of any new infection,” Blair said in an interview on Rosemary Barton Live.

“It only takes a handful of [truckers] to be infected when they’re coming back and then they’re seeding infections here in Canada,” said Kwong, a professor at the University of Toronto’s Dalla Lana School of Public Health.

“Just do a test at the border. If they’re positive, then don’t go home to your family,” Kwong said. “I’m not sure why it hasn’t been implemented.”

Following the swift spread of a new COVID-19 variant in the United Kingdom in December, several European countries began demanding that truck drivers entering from the U.K. provide proof of a negative COVID-19 rapid test.

What about vaccinating truckers?

Long-haul truck driver Leanne Steeves said she also feels unsafe when transporting goods to the U.S., which has the highest COVID-19 case count across the globe. Steeves is diabetic which puts her at a higher risk of developing complications from COVID-19.

Despite the risks, Steeves isn’t a fan of testing truckers because she believes it would create a logistical nightmare.

“The wait at the border would be insane,” she said.

Teamsters Canada — which represents more than 15,000 long-haul truck drivers — agrees with Steeves, which is why the union recommends the government instead test truckers at truck stops and rest areas. It also wants truck drivers given top proriority for COVID-19 vaccinations.

Truck drivers Franco and Steeves agree they should be vaccinated as soon as possible. However, neither of them are in the top priority group for their province, meaning they could wait months for their shots.

“If we can help protect ourselves a little bit more by having the vaccine [now], that’d be awesome,” said Steeves.

The Public Health Agency of Canada did not respond to a request for comment on prioritizing vaccinations for truckers.