The league and the NHL Players’ Association announced Tuesday that they are targeting Jan. 1 for the start of the 2020-21 regular season.

Commissioner Gary Bettman made the announcement at the kick off of the NHL draft, which is being held virtually Tuesday and Wednesday.

A joint release from the league and players’ union said estimated timing for the start of training camp will come “at a later date.”

The league previously stated that Dec. 1 was the target date for beginning the 2020-21 season.

The NBA has said it will not begin its season until January at the earliest.

The 2019-20 regular season was cut short in March due to the global COVID-19 pandemic.

An unconventional post-season began in August with teams stationed in bubbles in Edmonton and Toronto.

Tampa Bay won the Stanley Cup in Edmonton on Sept. 28 with a 2-0 win over the Dallas Stars. 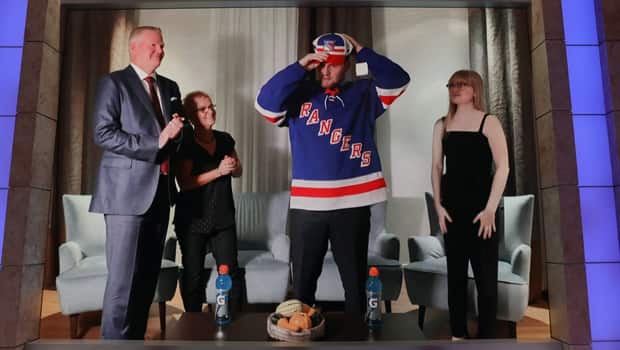 Alexis Lafrenière from Saint-Eustache, Que., is chosen by the New York Rangers as the first overall pick of the 2020 NHL draft. 0:27