Minutes after the new administration was sworn in last month, the new U.S. president himself made clear that how it deals with allies and foreign policy issues will be different from the past four years.

“We will repair our alliances and engage with the world once again,” Joe Biden said in his inauguration speech.

For those who have been working to get Canadians Michael Kovrig and Michael Spavor home from China, that new focus brings with it the hope of some new momentum after more than two years of agonizing waiting.

“There is serious engagement, there are serious conversations,” says Kirsten Hillman, Canada’s ambassador to the United States.

Kovrig and Spavor were detained in China on Dec. 10, 2018 — nine days after Meng Wanzhou, the chief financial officer of Huawei Technologies, was arrested by Canadian officials while she was changing planes in Vancouver.

Meng was arrested on a U.S. extradition request over allegations she lied to a Hong Kong banker in August 2013 about Huawei’s control of a subsidiary accused of violating U.S. sanctions against Iran.

The arrest and detention of Kovrig and Spavor were widely seen as an act of reprisal for Meng’s arrest.

They are essentially stuck in the middle of a larger geopolitical battle between Beijing and Washington that Ottawa has no real power to resolve alone.

Hillman said she raises the Michaels in every single conversation she has with senior officials in the White House.

“Every conversation we’ve had, without a single exception, they have committed to doing whatever they can to get the Michaels home as soon as possible,” the ambassador said.

WATCH | Kovrig’s wife describes how he deals with detention: 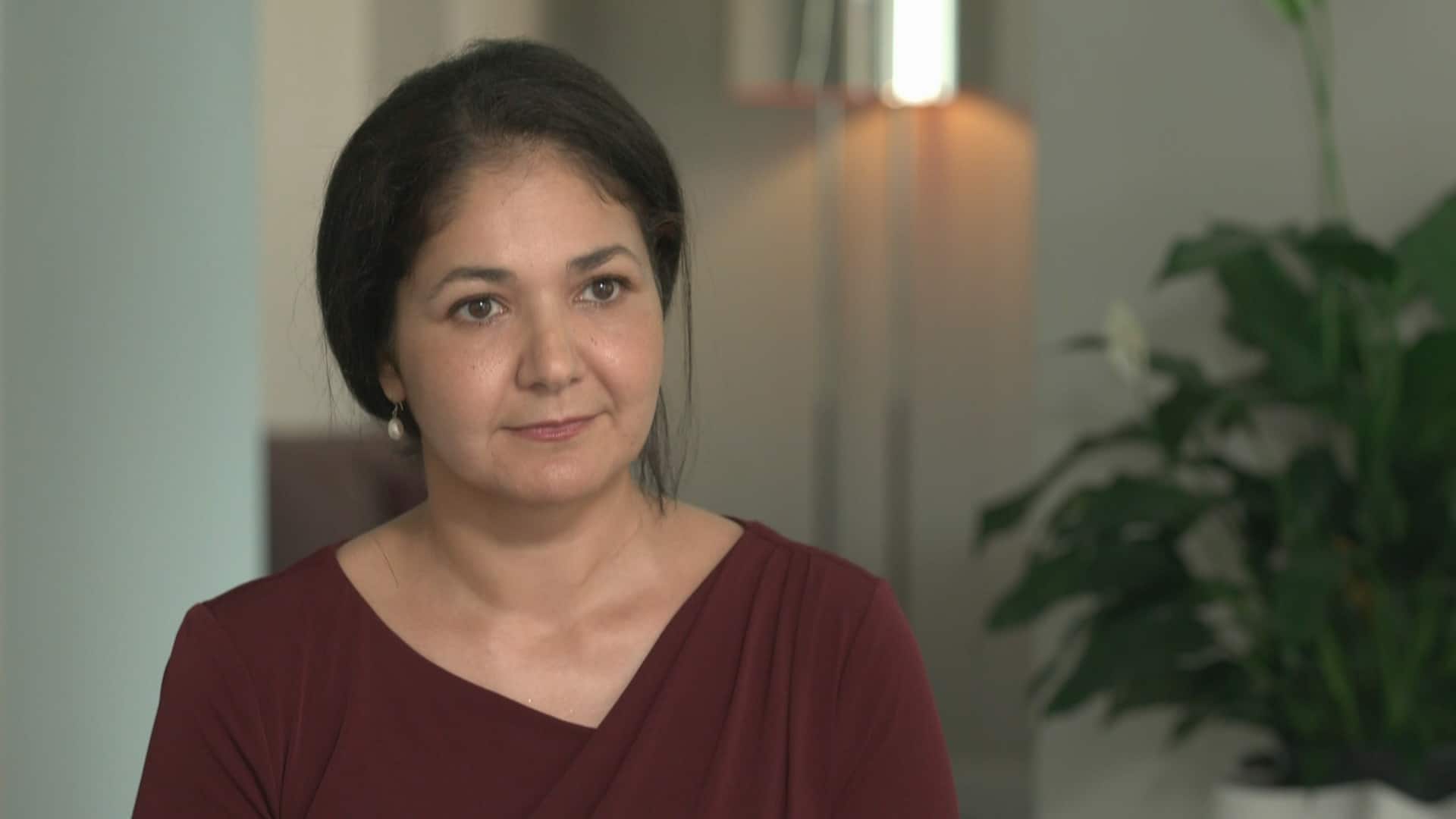 Vina Nadjibulla tells the CBC’s Katie Simpson that her husband, Michael Kovrig, is ‘remarkable’ as she describes how he is staying positive and healthy despite more than two years of detention in China. 1:22

A 3rd birthday marked in detention

That includes the new vice-president, Kamala Harris, who told Prime Minister Justin Trudeau in a call this week that the U.S. will do everything it can to help get them home.

She told the CBC’s Katie Simpson that the words of solidarity and assurances from the new administration mean something. “But,” Nadjibulla added, “Those are words.”

“This is a complex geopolitical situation for sure,” she said, “and the change of administration will not necessarily resolve that.”

But Nadjibulla said she is more optimistic now given that “in Washington, we have a group of people who are not only competent and dedicated and want to do the right thing, but they also want to restore decency and leadership, both domestically and internationally.”

WATCH | Nadjibulla says only action will bring the Michaels home: 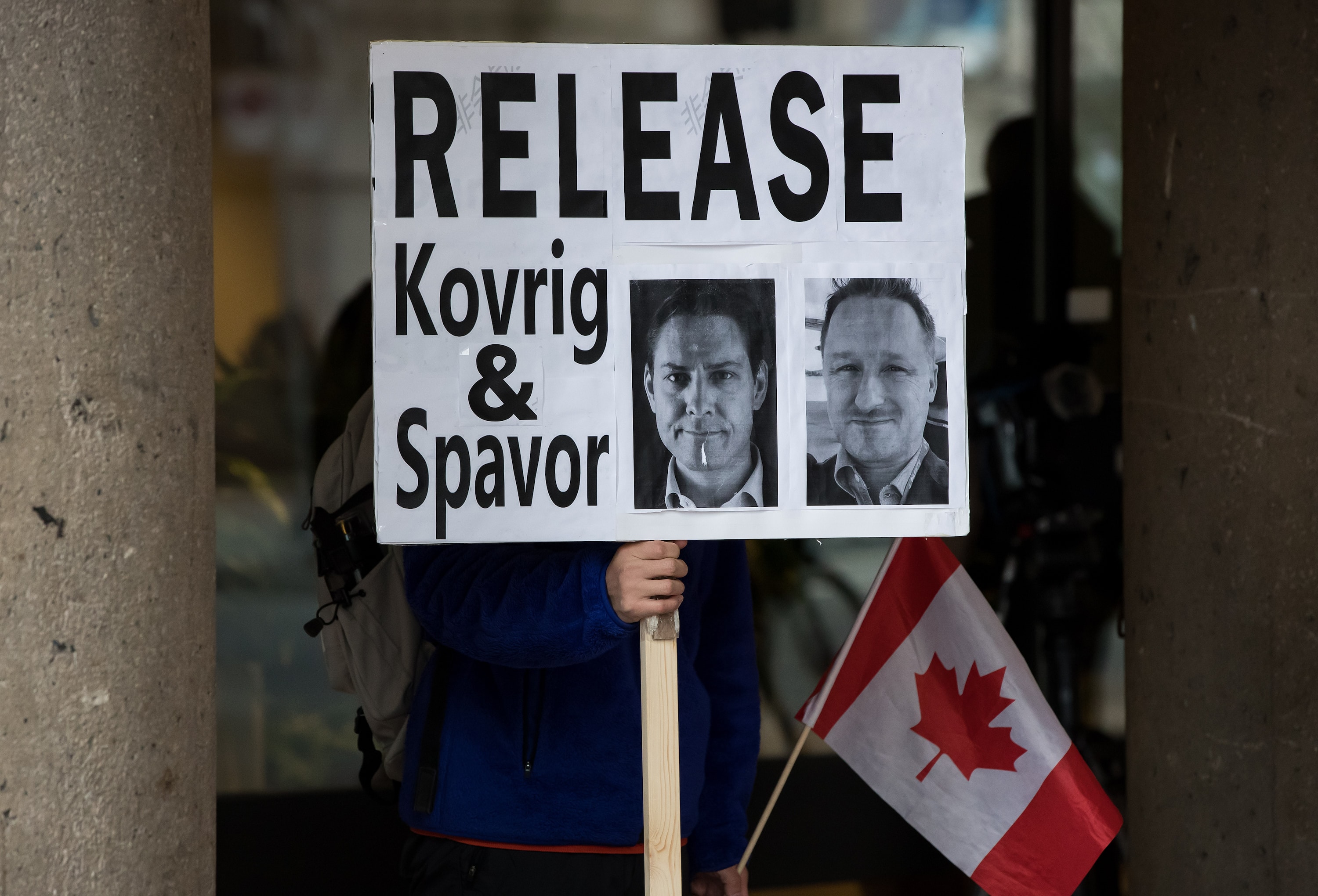 Vina Nadjibulla tells the CBC’s Katie Simpson that the new U.S. administration is reassuring when it comes to talk of gaining freedom for husband Michael Kovrig and Michael Spavor, two Canadians detained in China since December 2018, but says there must be more than words. 1:32

The new Biden administration is reason enough for “cautious optimism,” according to Christopher Sands, director of the Canada Institute at the Woodrow Wilson Centre in Washington, D.C.

His sentiment is based on the broader implications of the Biden administration trying to rejoin the Iran nuclear deal, also known as the Joint Comprehensive Plan of Action (JCPOA).

He notes that Meng is charged with violating U.S. sanctions on Iran — sanctions that were imposed by the Trump administration after it pulled out of the JCPOA.

Biden wants the U.S. to rejoin the agreement, if Iran comes into compliance.

All of this, Sands says, suggests that the new administration may not “even believe in the charges that have been put against her [Meng],” and that it could provide a “window,” for the U.S. to back down from its charges.

“By [the U.S.] withdrawing the warrant, Canada could, in theory, send her back,” he said.

“Here’s the catch though,” Sands cautioned. “And this is why I’m nervous, the two Michaels have to come back in exchange [for Meng]”.

“If it’s not handled properly, Meng goes back and the two Micheals are stuck.”

Hillman agrees that it is important right now to make sure nothing is done that would “move things backwards instead of forwards.”

But there is another potentially bright spot.

The Michaels are well known to one of the newest and most senior members of the Biden team.

Robert Malley, who was named as the new U.S. envoy to Iran, was Kovrig’s boss at the think tank International Crisis Group.

The organization’s interim president, Richard Atwood, says that connection could be beneficial.

“In terms of those opportunities in Iran, where there is opportunity for collaboration, that might also open opportunities to try to raise [the Michaels] case” and ultimately increase efforts to secure their release.

For Nadjibulla, the key right now is not to squander any new opportunity.

“Now that we have all of this support and momentum, how do we translate that into action?” she said.

“And how do we seize the moment to make sure that [the two] Micheals are free as soon as possible? Not six months from now, not a year from now, but soon. And now.”