The foiled abduction comes less than two days after the release of 344 schoolboys who were kidnapped in the same area on Dec. 11. The incidents have highlighted the insecurity in northern Nigeria.

Saturday night’s attempted kidnapping took place in Dandume, 64 kilometres from Kankara, the town where the earlier kidnapping of schoolboys occurred.

The bandits had already abducted four people and stolen a dozen cows when they ran into the schoolchildren who were on their way home from a celebration, Katsina state police spokesman, Gambo Isa, said early Sunday morning. Police and a local community self-defence group rescued the children from the bandits after a gunfight, he said.

“The teams succeeded in dislodging the bandits and rescued all the 84 kidnapped victims and recovered all the 12 rustled cows.” said Isa in a statement. “Search parties are still combing the area with a view of arresting the injured bandits and/or the recovery of their dead bodies.”

Dandume, an area bordering the northern part of Kaduna state, is one of the region’s hot spots for banditry and kidnapping, according to residents. 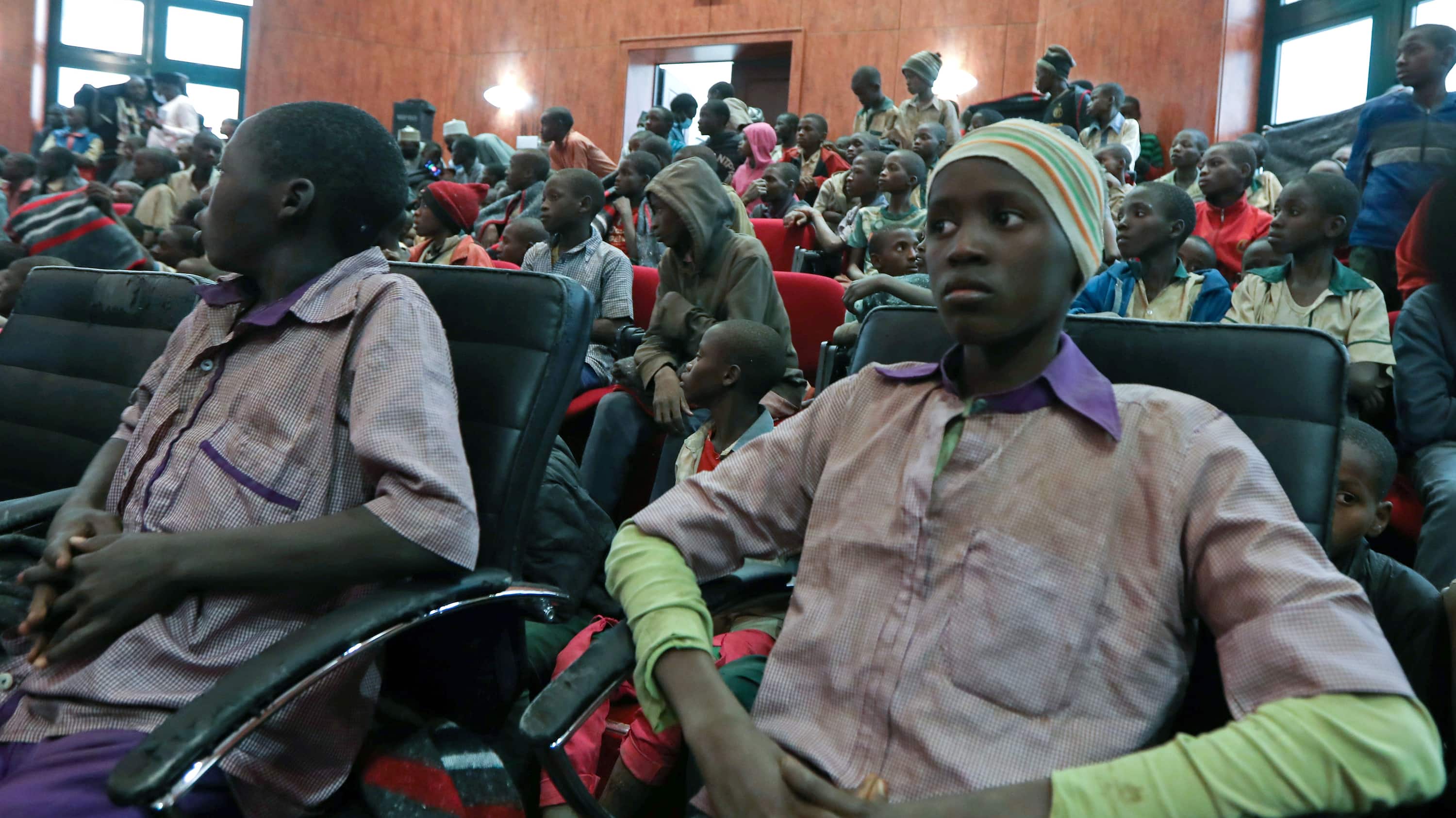 Dozens of schoolboys from northwestern Nigeria were welcomed back home in Katsina state after they were freed following a mass abduction. Boko Haram claimed responsibility for taking the boys. 0:39

“Dandume is a no-go-area for many of us because of the high level of crimes and insecurity being perpetrated by armed bandits,” said Saidu Lawal, an official of a local civic group in Katsina, told The Associated Press.

“Despite government efforts to open up the area by constructing roads leading from the metropolitan locations to the hinterlands of Dandume … the banditry still persists,” said Lawal. “On many occasions, the bandits block the Dandume-Sabuwa highways to attack travellers. It was based on that reason that many people have abandoned the new route.”