Alberta recently started reporting “comorbidities,” or pre-existing chronic medical conditions, linked to COVID-19 deaths — but the bullet points on each day’s list of those lost don’t tell the whole story.

Conditions that could be considered comorbidities are far more common than many people think — about one in five Albertans have high blood pressure alone, for example — and they’re not confined to an older demographic but actually very common, experts warn.

In November, the province began to announce whether or not a patient who died of COVID-19 also had any comorbidities.

Shortly after, Prime Minister Justin Trudeau accused Opposition politicians of using comorbidities as a way of “downplaying” deaths, like a Lethbridge MP who shared an article saying only 10 “otherwise healthy” people have died of COVID-19.

One of the leading comorbidities for both heart attacks and COVID-19 is high blood pressure — or hypertension — but that’s also because it’s one of the most common, and most deadly, conditions a person can have.

Ross Tsuyuki, professor and chair of the pharmacology department at the University of Alberta and president of Hypertension Canada, says globally around one in four people, or 1.4 billion, have hypertension.

in a similar sort of way, you could say, well, people with wrinkles on their face are susceptible to COVID-19.– Prof. Ross Tsuyuki, president of Hypertension Canada

Close to 4.4. million people live in Alberta. Last year, more than 813,000 Albertans — about one in five — had hypertension and another 3.5 million were at risk of developing the condition

It’s listed as the top comorbidity for those who die of COVID-19 for a reason — it becomes a more common condition the older you get, Tsuyuki said.

“You know, in a similar sort of way, you could say, well, people with wrinkles on their face are susceptible to COVID-19,” he said.

Tsuyuki said if he gives a health presentation to 100 people, it’s fair to say 90 of the people in the room will develop hypertension — or high blood pressure — eventually. And, unlike other potentially deadly conditions, it’s not obvious on sight someone has it.

“You could be walking around with it and you wouldn’t know it unless you measure your blood pressure. And that’s kind of the problem. It sort of flies under the radar because it doesn’t have any symptoms,” he said.

‘I had no indication, I had no clue’

Edmonton resident Michael Taylor, who has diabetes, fatty liver and has had a heart attack, worries that, for him, catching COVID-19 would essentially be a “death sentence.”

Taylor, who is now 55, had his heart attack at 42. He said he experienced no warning signs.

“I had no indication, I had no clue. It was just dormant, like high cholesterol, drinking, things like that,” Taylor said. “But when you’re younger, you don’t think of these things.”

Taylor spent years in the military, and in that lifestyle said he didn’t spend much time thinking about his dietary habits.

“I didn’t really care,” he said. “So a lot of that lies on me, but at the time, you have that invincible sense. And I think that’s the problem we have with people not taking this seriously, too.”

Doctors say studying comorbidities can contribute to a greater understanding of how conditions impact each other, but that discussing the concept without nuance can lead to a misunderstanding or dismissive attitudes to COVID-19’s dangers — something those living with pre-existing conditions say contributes to their fear and anxiety.

“I think it’s really important for people to understand in real life what that means when we talk about vulnerable populations by age group and [comorbidity] … it shows how impactful those health conditions are.”

Another person who worries is Candace Cook, a wife and a mother who lives in Edmonton and has been living with cancer for almost a decade.

Cook was first diagnosed with Stage 2 breast cancer nearly 10 years ago. She had a mastectomy and went through chemotherapy and was told she was cured.

But after a couple good years, she learned her cancer had returned and had spread throughout her body to her lungs, lymph nodes, bones and liver. Today, she’s living with Stage 4 cancer.

“Until this year, when we found out that the last treatment I was on stopped working,” Cook said. “At that point, I’d been through all available treatments and had nothing left to go to.

“So, I’ve been untreated now for about six months and I’m just waiting for a clinical trial to open up that might be a benefit to me.”

Having to navigate cancer and a global pandemic simultaneously has been very challenging, Cook said, especially given the cancer in her lungs.

“As it is, I’ve had pneumonia three times in the last year. That alone is pretty challenging when you also have cancer in your lungs,” Cook said.

“To think about getting COVID-19 when my lungs are already very compromised is pretty scary.”

Jim Little, 72, is in recovery from cancer.

He said he wanted to see all Albertans take heed of the new restrictions and respect those who have additional conditions.

“What will it take to make those people more respectful?” Little said. “Just wear a mask.”

WATCH | Jim Little, in recovery from cancer, discusses how it feels when he sees people flouting COVID-19 restrictions: 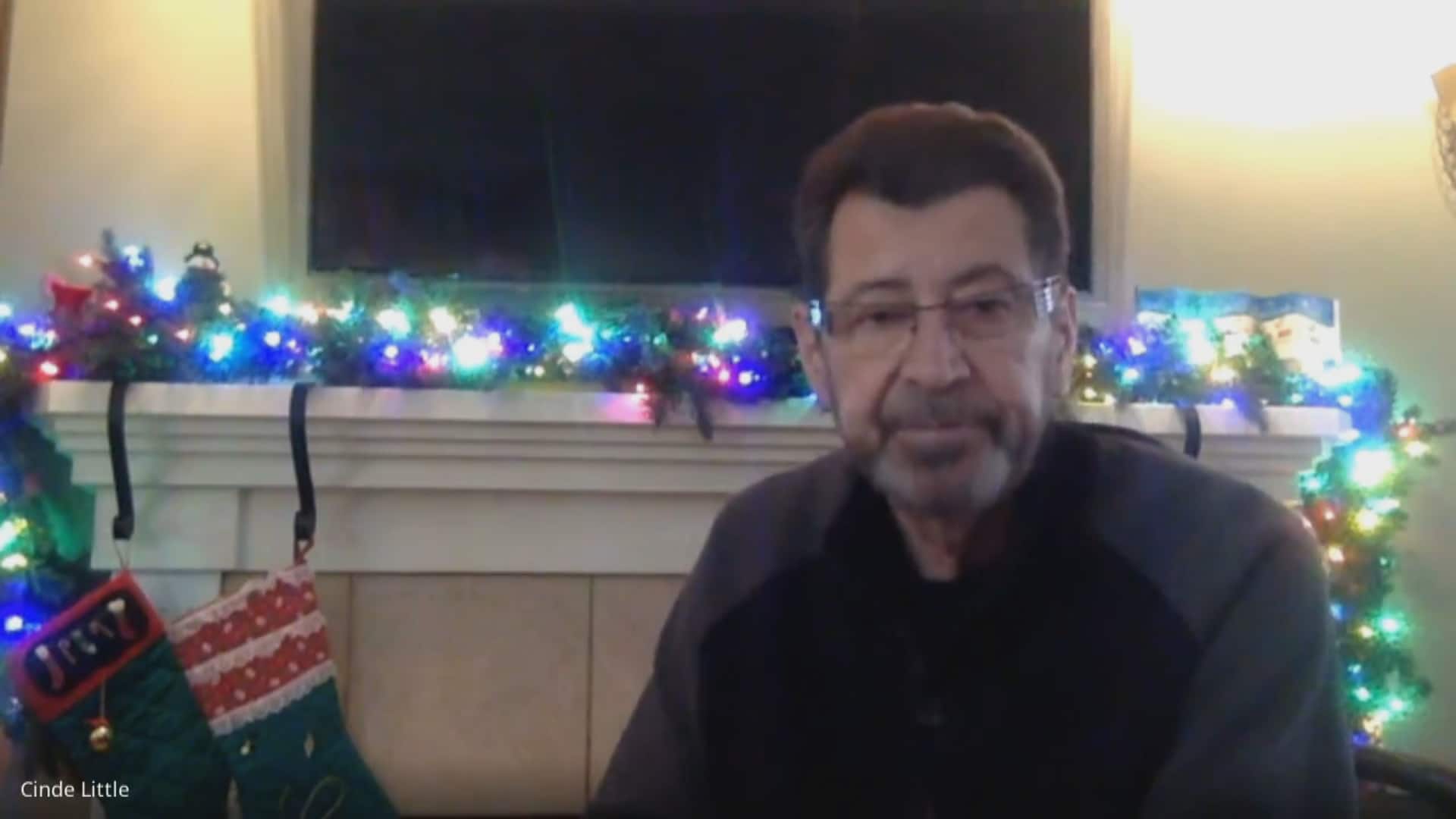 Jim Little, who is in recovery from cancer, says he’s frustrated to see so many people flaunting COVID-19 restrictions. 1:26

Sheena Clifford, acting CEO of Wellspring Calgary — a non-profit group that offers programs to help those living with cancer — said many with the disease are living through the pandemic while in increased isolation and with palpable fear of getting the virus.

“The fear of catching COVID when you have cancer — or any other comorbidity that makes you most vulnerable — is overwhelming,” she said.

That’s the position Cook finds herself in.

It’s been frustrating for her to see some Albertans try to skirt the restrictions because they view themselves as being “otherwise healthy.”

“I understand the temptation to take the risk. But, you know, I believe that in a civilized society, we take care of the most vulnerable,” Cook said. “People with pre-existing conditions don’t always do well with COVID.

“So I get frustrated when I see it. I just wish everybody would stop, pause, take a minute and think about how their actions might affect other people.”

Carr said it’s also important to pay attention to the social determinants of health — how factors like income, or race can impact comorbidities factoring in to the medical care people receive or the general health of their communities.

“COVID-19 is highlighting just how impactful it is when you don’t have the same income or housing or you’re trying to manage other chronic conditions. And it’s even harder when you also don’t have enough money to buy healthy food or you don’t have a car, you can’t get to your doctor or buy your medications,” she said.

“So there’s a huge disparity in our health outcomes related to the environment in which we live, which is our our income, access to fresh water, access to healthy housing, healthy food.”

Even if someone looks healthy, looks can be deceiving.

“There are the occasional patients who come in who don’t really fit within those prediction models that get severe COVID-19,” he said.

WATCH | Dr. Daniel Niven describes what he’d tell Albertans who view themselves as being “otherwise healthy” 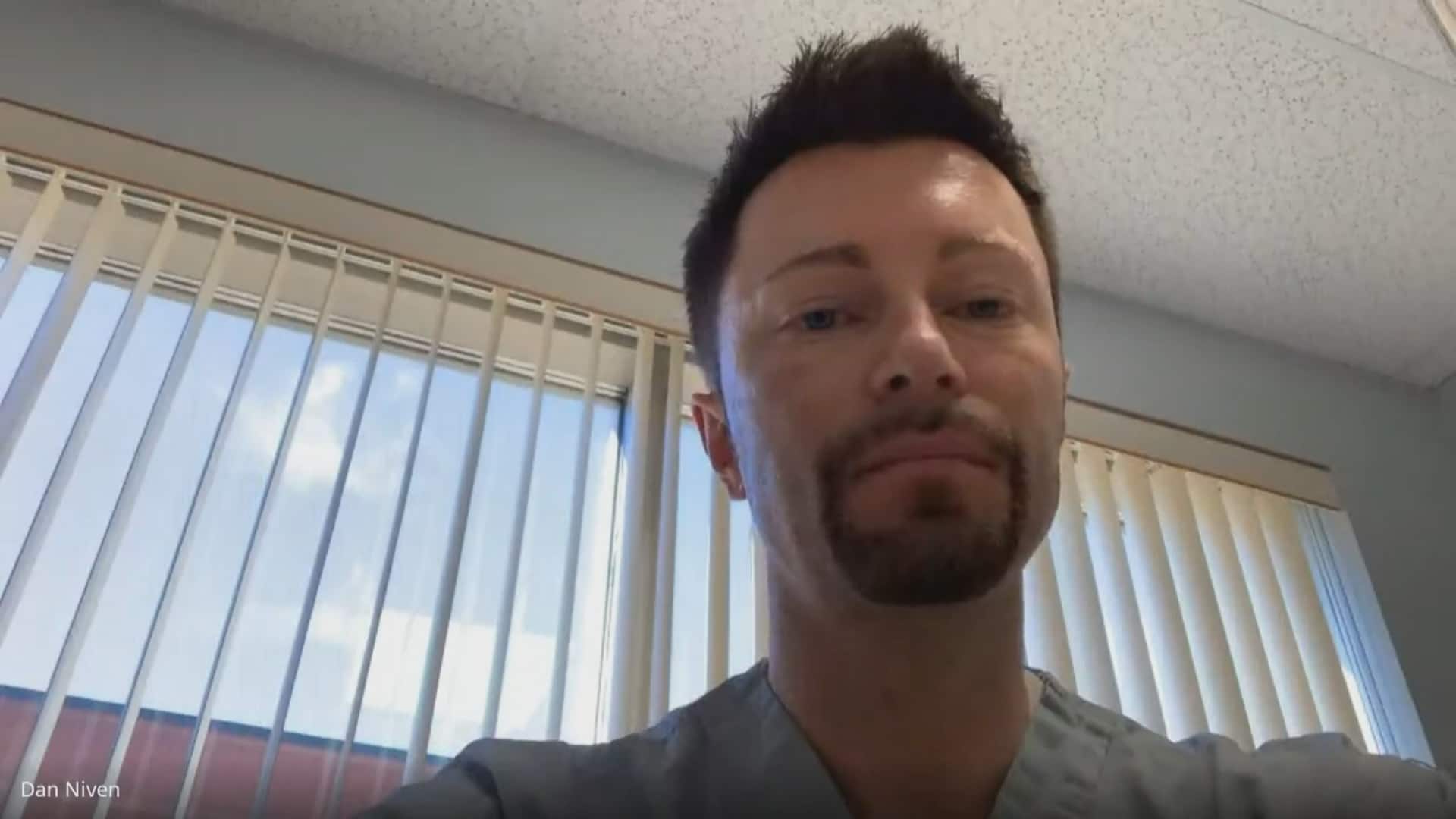 That’s one reason why, Niven said, it’s important for Albertans to realize given conditions that permeate all ages — such as diabetes or asthma — comorbidities are not necessarily confined to those in an older demographic.

Carr said it’s important to study comorbidities — but it shouldn’t be about blame or disregarding people due to their conditions.

“The challenge is for every person that has this disease, it could be passed on to somebody who is at high risk that is already trying to manage at least one, two or three other chronic conditions. Or they might have a compromised immune system because they’ve been treated for cancer or something else,” she said.