An emergency room doctor is warning New Brunswickers to keep their bubbles small over the holidays, even though the entire province is in the yellow phase.

“You give it to the people you decide to see … it’s your favourite people in the entire world,” said Dr. Isabelle Girouard of the Dr. Georges-L.-Dumont University Hospital Centre in Moncton, N.B.

“I never thought my family was at risk to catching COVID,” she told CBC News over Zoom.

You know what the worst-case scenario is. So that’s where you go and you zoom right to there.– Dr. Isabelle Girouard

When her family caught the disease, she said, the Moncton region was at the yellow level of recovery — which allows for the reopening of more businesses and activities because the ability to control transmission has been shown. There were only two active cases in that health zone, also known as Zone 1.

“At no point did I ever suspect my household was contaminated with COVID.”

Public Health believes her husband, who didn’t want his name used in this story, caught the virus from community transmission. But it has no idea where, despite the contact tracing and history of his recent movement.

Don’t brush off the mild symptoms

Since the pandemic reached New Brunswick, Girouard said, she’s been encouraging her patients to get tested, even when they have mild symptoms.

So when her husband complained about muscle aches, a runny nose and sore throat on a Sunday in mid- November, she encouraged him to get the swab.

“That’s more than two symptoms on the list, so he easily qualified to get the screening done.”

She said a lot of people have mild symptoms they don’t take seriously.

“You brush it off, and you think it’s not a big deal that your nose was kind of scratchy and runny and you had a weird sore throat,” Girouard said.

“And it doesn’t necessarily last more than a couple of days.”

Her husband was tested on a Tuesday and received the results the next day.

He called her at work to tell her his results came back positive.

“I never believed him,” said Girouard, who asked her husband to send her an image of the results.

Then Girouard settled into her “emergency physician role.” The Dieppe woman notified her daycare and close family and friends.

As soon as she left work, she was tested. Her test came back negative by the time she arrived home to her “lovely family who had COVID.”

“At first you kind of want to isolate yourself from your loved ones because you don’t want to catch the virus.”

But when she got home, the medical professional hugged her husband and kids, took a few breaths and hoped they would just have mild cases of the respiratory virus.

“It was too late to do anything else.” 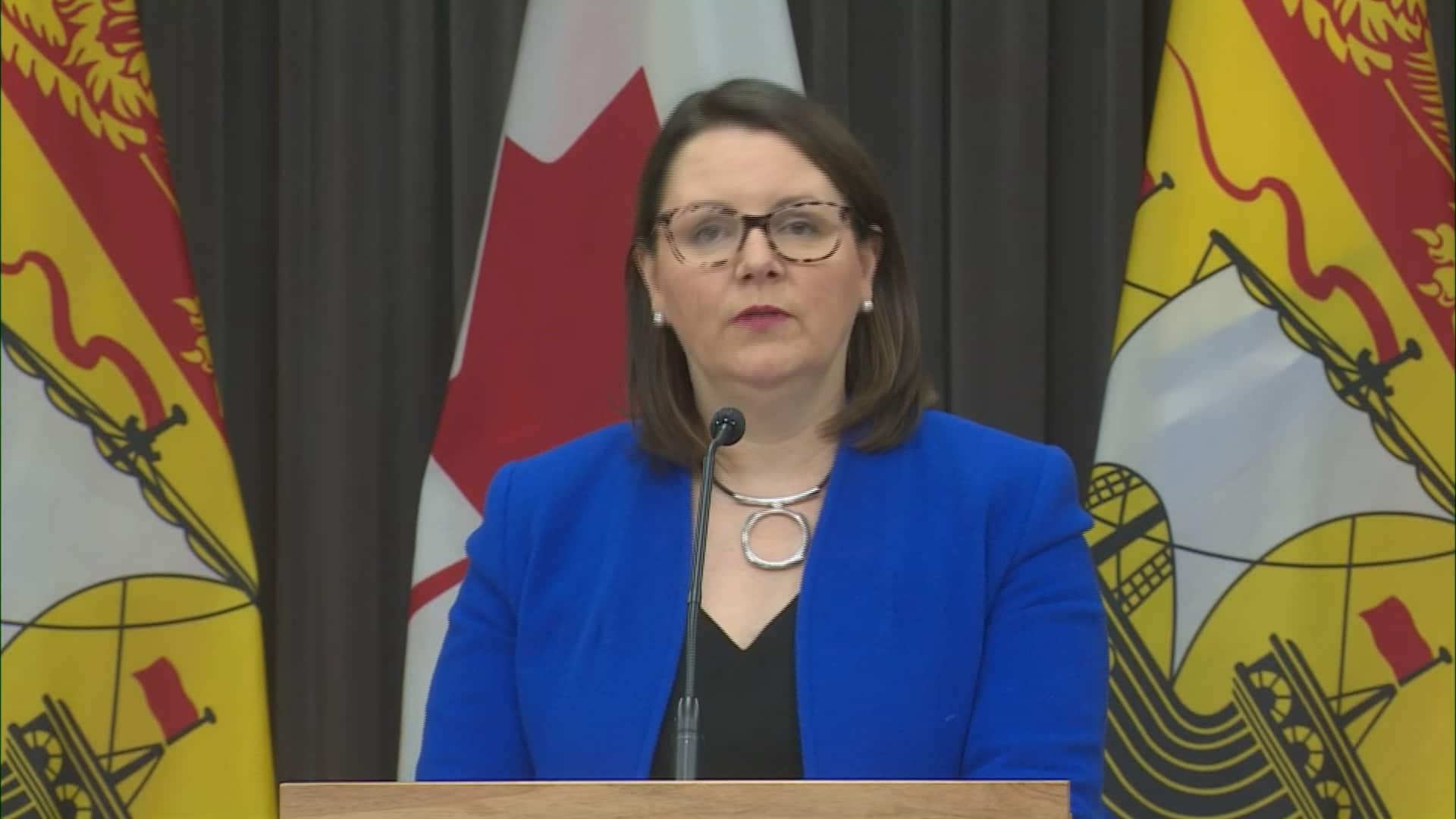 The province’s chief medical officer says she worries gatherings and non-essential travel could lead to a rise in cases of COVID-19. 2:51

Her two daughters, Jovie, 3, and Alexie, 16 months, both tested positive for COVID-19. One had an achy nose, while the other had a runny nose.

Girouard said she embraced the fact COVID-19 was in her house, and she took care of her family.

Caring for her family at home was different from caring for patients with COVID-19 in hospital, where she had a gown, gloves, mask and a shield to protect herself. At home, she didn’t have any protection.

“This is not the way we do it usually,” she said. “I thought I was going to catch it.”

But she never did.

Girouard had to take several COVID-19 tests, and she isolated at home with her family for 28 days. She had to isolate  for an additional two weeks after the last member of her family recovered.

She spent a lot of time cleaning the house, preparing meals and entertaining her two girls in their playroom. She also approved eating some meals in front of the TV for the first time.

Her husband, whom she describes as a healthy man, stayed in bed for a few days. She ordered an oxygen saturation device and checked his oxygen levels every day.

It wasn’t until Girouard was by herself, sleeping downstairs while her husband was sleeping upstairs, that she would let herself cry.

“You know what the worst-case scenario is,” she said. “So that’s where you go, and you zoom right to there.”

The virus also spread to Girouard’s parents, who had been babysitting their children while she was at work that weekend.

She said her husband was asymptomatic and 48 hours before his symptoms started, he was contagious.

“We passed it on to people without having any idea that it was in our household.”

Both her mom and dad experienced mild symptoms. They also gave the virus to some of their closest friends and their kids. They’ve been passing out Christmas presents to make up for it.

“It could be messy if everyone is not doing their share.”