Mike Smith collected his second shutout of the season Thursday, lifting the Edmonton Oilers to a 3-0 victory over the beleaguered Vancouver Canucks.

The Oilers goalie stopped all 32 shots he faced as Edmonton (14-8-0) extended its win streak to five games.

Two of Edmonton’s goals came on the power play, with Alex Chiasson and Jesse Puljujarvi scoring with the man advantage.

Connor McDavid padded his leads atop the NHL’s scoring race by putting away an empty-netter.

Despite the final score, Vancouver goalie Thatcher Demko was a force in net Thursday, stopping 32-of-34 shots. 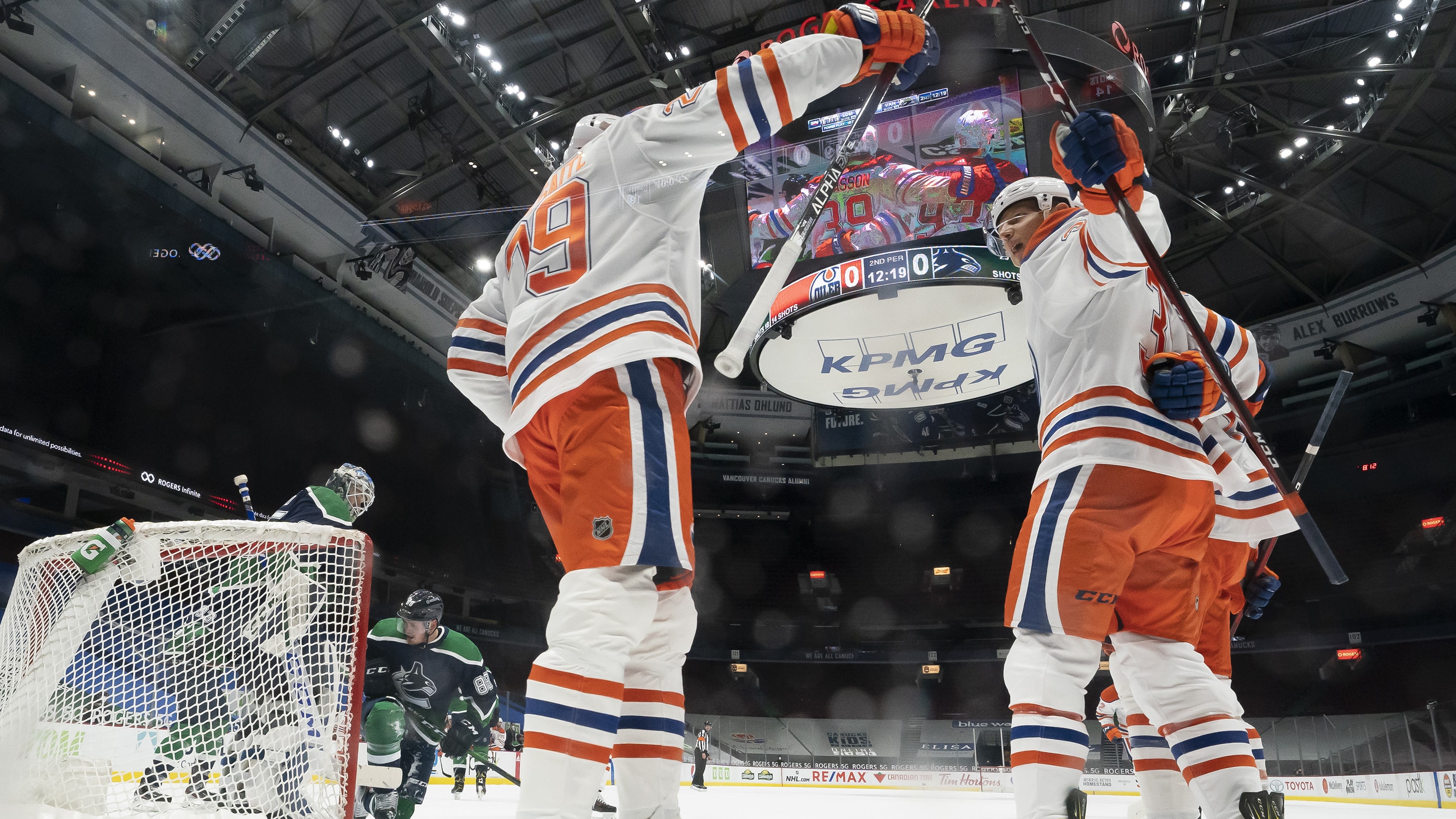 Edmonton blanks Vancouver 3-0 with 2 power-play goals and an empty-netter from Connor McDavid. 1:00

The result was yet another tough blow to a lacklustre season for the Canucks (8-14-2) who’ve now lost four games in a row.

Vancouver pulled Demko with about two minutes left on the clock and McDavid pulled away from a crowd to burry an empty-net goal with 23 seconds to go.

Edmonton secured its lead 12:35 into the third after Antoine Roussel brought down McDavid and was called for hooking.

Leon Draisaitl sent a shot towards the Vancouver net and Demko made a pad stop. He couldn’t corral the rebound, however, and Puljujarvi found just enough space between the goalie and the post to pop the puck in and give the Oilers a 2-0 lead.

Chiasson was first to beat Demko on Thursday, scoring on a power play midway through the second after Alex Edler was called for hooking.

The Canucks goalie made some giant saves on McDavid and Nugent-Hopkins before Chiasson got a puck past him with a sweeping shot from the top of the crease.

Edmonton was 2 for 5 with the man advantage Thursday. Vancouver failed to capitalize on four power plays.

Just before Edler was called for hooking, Demko made one of his biggest saves of the night, sliding his left leg back just in time to get a pad in the path of a backhand shot from McDavid.

This season has seen both players and teams pull off impressive streaks, but as Rob Pizzo shows us this is nothing new. 1:57

The Vancouver netminder also shutdown Jujhar Khaira midway through the first after a Canucks defender lost his check, leaving the Oilers winger alone in the Vancouver zone.

The Canucks’ best chance of the night came in the second period when winger Jake Virtanen unleashed a wrist shot from in tight. Smith was forced to make a diving stop, lunging sideways across the net and kicking his left skate up to boot the puck out of harm’s way.

Smith also notched a shutout on Feb. 11 as the Oilers topped the Montreal Canadiens 3-0. Thursday night’s was the 41st of his career.

Each team saw a defenceman return from a head injury Thursday. Edmonton’s Ethan Bear played for the first time since being struck in the head with a puck in a game against the Leafs on Jan. 30. Travis Hamonic returned to Vancouver’s lineup after missing 18 games.

The Oilers will be back in action on Saturday when they face the Leafs in Toronto. The Canucks are set to battle the Jets in Winnipeg on Monday.