For years, ocean sunfish, or mola, spotted off Canada’s West Coast, were identified as Mola mola, the most abundant and widespread ocean sunfish species found in the Northern Hemisphere.

But now, researchers are identifying a number of these fish as Mola tecta, or hoodwinker sunfish, a species previously thought only to exist in the Southern Hemisphere. They’re finding them as far north as Alaska.

The hoodwinker is the subject of a collaboration between researchers in Canada, New Zealand and California who are working to expose the sunfish that’s been hiding in plain sight, using crowd-sourced data from photographs and sightings along North America’s west coast.

One of those photographs came from 2011, when former environmental consultant Matthew Drake investigated a small mola that had stranded near a seaplane base in Port Hardy, B.C. He and his colleagues called it a Mola mola.

But researchers have now identified it as the elusive hoodwinker.

“It makes you question things you’ve seen in the past,” said Drake. “Sometimes subtleties can be the difference between one species and the next, and that’s what’s happened here.”

Jackie Hildering, co-founder of the Marine Education and Research Society, who is overseeing the collection of sightings of hoodwinkers off the coast of B.C., said the discovery is a testament to how little we know about cold water life and the value of crowd-sourced data in discovering new species.

“The average person already is not aware that Mola mola are off our coast, let alone that we could be misidentifying an animal that big,” said Hildering.

Prior to its fairly recent discovery, the hoodwinker sunfish had gone unnoticed for nearly 130 years. The oldest preserved specimen from the 19th century had been hidden behind in the Netherlands’ Naturalis Biodiversity Center’s museum storage behind an impassable giraffe.

Records of the hoodwinker sunfish in the Northern Hemisphere appeared two years after marine scientist Dr. Marianne Nyegaard published her discovery of the species in 2017, which she had first identified in the waters off New Zealand four years prior.

“[Back then], I had done the best I could in trying to find where this species could be and everything pointed toward the temperate Southern Hemisphere,” she said.

But in February 2019, a dead ocean sunfish strongly resembling the hoodwinker poked holes in her theory, washing up in California, more than 6,500 kilometres north of what Nyegaard had thought was the edge of its habitat range.

At first, she couldn’t believe the coincidence. When genetic analysis proved that the animal was, in fact, a hoodwinker sunfish, moved online to search for evidence of other hoodwinkers that had been mistakenly identified as Mola mola in the northwest part of the Pacific.

“I was just trolling the net going, ‘Oh my God, that looks a lot like a hoodwinker. That looks like one too,'” said Nyegaard. “I would reach out to people and ask, ‘Have you got more photos?'”

Sure enough, Nyegaard found that many hoodwinkers had been misidentified along the western coast of North America, a discovery that has informed what she calls her pandemic passion project to track the little-understood species’ presence in distant waters.

“We find animals out of range all the time, so that’s not that unusual,” she said. “To me, the unusual bit is that there is more than one. It’s not just a 100-year occurrence or a freaky coincidence. They’re infrequent, but they’re not freakishly rare.”

For Nyegaard and her colleagues, quantifying how long hoodwinker sunfish have been living in or making their way toward Canadian waters is limited by the fact that historical records basically start with the beginning of social media.

Lack of data prior to crowd-sourced science project

But a global pandemic that made travel impossible for Nyegaard set the conditions for creating a virtual network of marine researchers and advocates who are gathering sightings along North America’s west coast like Hildering.

Prior to the Pacific Northwest Mola tecta study, Hildering said that data on ocean sunfish in B.C. was collected through incidental sightings recorded by Fisheries and Oceans Canada and through a directed survey from 2004 to 2006.

Now, she’s using her network as “a catalyst for more sightings, using social media to follow the clues of people who have posted about [mola] outside of what’s already out there.” 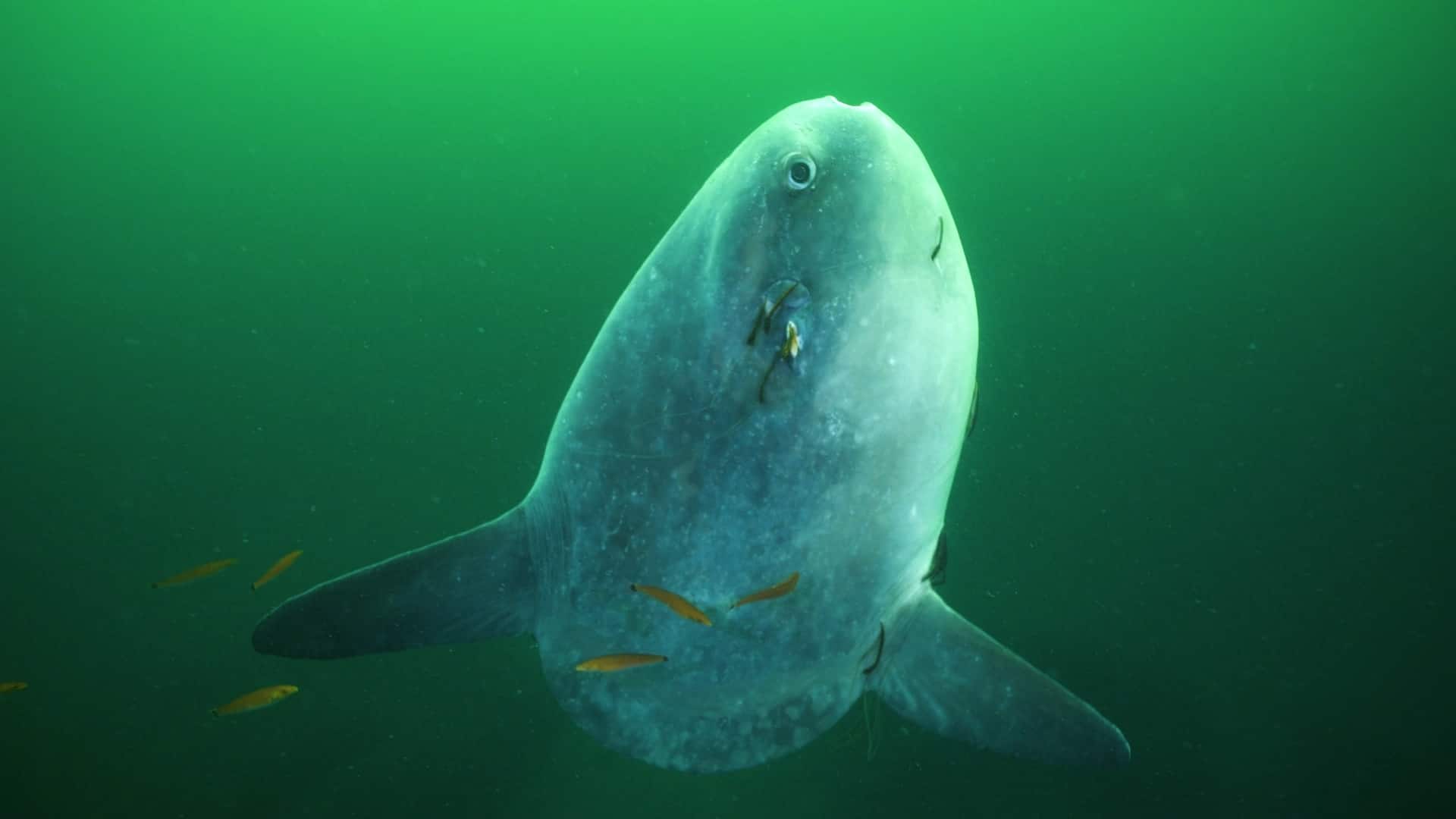 Hoodwinker sunfish generally have a flatter head shape and smaller, more rounded back ends than Mola mola. But the differences are subtle, meaning that in order to confirm sightings of hoodwinker sunfish, researchers rely on good, if not great, pictures.

When Peter and Roma Shaughnessy came across a sculling mola in Kisameet Bay last August, they collected GPS co-ordinates, video, and over 100 photos of the animal, they said, recording observations about its behaviour.

“We wished someday we would see one, never thinking we would,” said the avid boaters and residents of the Chilcotin region of B.C., calling the encounter “a lifetime event.”

Data collection like that carried out by the Shaughnessys comes pretty close to the gold-standard for Nyegaard’s research.

“If we have a photo, say of a fin coming out of the water, we won’t say what it is. We’ll just call it a sunfish,” said Nyegaard. “To identify these animals, you need to have good pictures and often we don’t have them.”