As Manitoba struggles to manage the country’s highest per-capita COVID-19 infection rate, Premier Brian Pallister is defending his government’s handling of the pandemic.

Pallister says he stands by his actions to date, adding that the uptick in cases isn’t isolated to Manitoba, as Saskatchewan, Ontario, New Brunswick and Alberta reported record single-day increases on Saturday.

“It’s spun out of control in the Western world,” Pallister said in an interview with CBC’s Rosemary Barton Live that aired Sunday morning.

Although “there’s always room for hindsight,” the premier said he doesn’t believe the province waited too long to increase public health restrictions banning people from having guests in their homes and businesses from selling non-essential wares.

With the Steinbach health district seeing a 40 per cent 10-day COVID-19 test positivity rate on Friday, and the area’s Hanover School Division shifting entirely to remote learning, Pallister attributed that case surge to a large protest that took place a week ago.

“We had about 700 people gather together last weekend and decided that they would have an idiotic protest and that they would not wear masks or protect one another. It’s also clear that as a direct consequence of that, the number of COVID cases has been bolstered there,” he said.

A CBC News reporter was at the protest and counted roughly 100 people taking part.

In addition, Chief Provincial Public Health Officer Dr. Brent Roussin told reporters on Friday that he did not see any direct link between the protest and COVID-19 cases at this time and that it’s too early to say what the ramifications are.

A spokesperson from the premier’s office said in an email late Saturday that Pallister was referring to the type of behaviour on display at the rally — such as not wearing masks, a lack of physical distancing and failing to stay home — as contributing to the increase in cases.

The premier’s comments on contact tracing have also left some questions unanswered.

Pallister told Barton, in the interview conducted Friday, that there were no delays in the province tracing contacts of people who tested positive for the virus.

“There’s zero backlogs on tracking and tracing right now in our province. And we’ve got hundreds of people we’re adding to our tracking to keep that system going,” he said.

However, CBC News has done multiple stories about contact tracing backlogs in Manitoba, as recently as 10 days ago, which noted days-long delays.

The province has refused to say how many contacts its tracers are capable of reaching within 24 hours, but the target is 80 per cent.

A request for clarification on the premier’s comments was referred to his office on Friday, and a spokesperson didn’t respond in time for publication.

Pallister also told Barton that the number of contacts in each household “came down over 25 per cent” since the latest restrictions were put in place.

“We’re already starting to see, thankfully, on the contact-tracing data that the number of contacts that people have had who are contracting COVID is coming down,” he said.

CBC News reached out to the province, and a spokesperson from the premier’s office said Roussin stands by the statistic.

The latest round of restrictions came into effect on Nov. 12, when all of Manitoba was moved to the red — or critical — level of its pandemic response system.

Non-essential retail stores, gyms, places of worship, theatres, hair salons and recreational centres were ordered to close and gathering sizes were limited to five people as part of the restrictions, which will remain in effect until at least Dec. 11.

The provincial government announced further restrictions on Thursday, ordering retailers that sell essential items to stop selling non-essential items in stores and prohibiting people from having anyone from outside their household in their homes, with few exceptions. 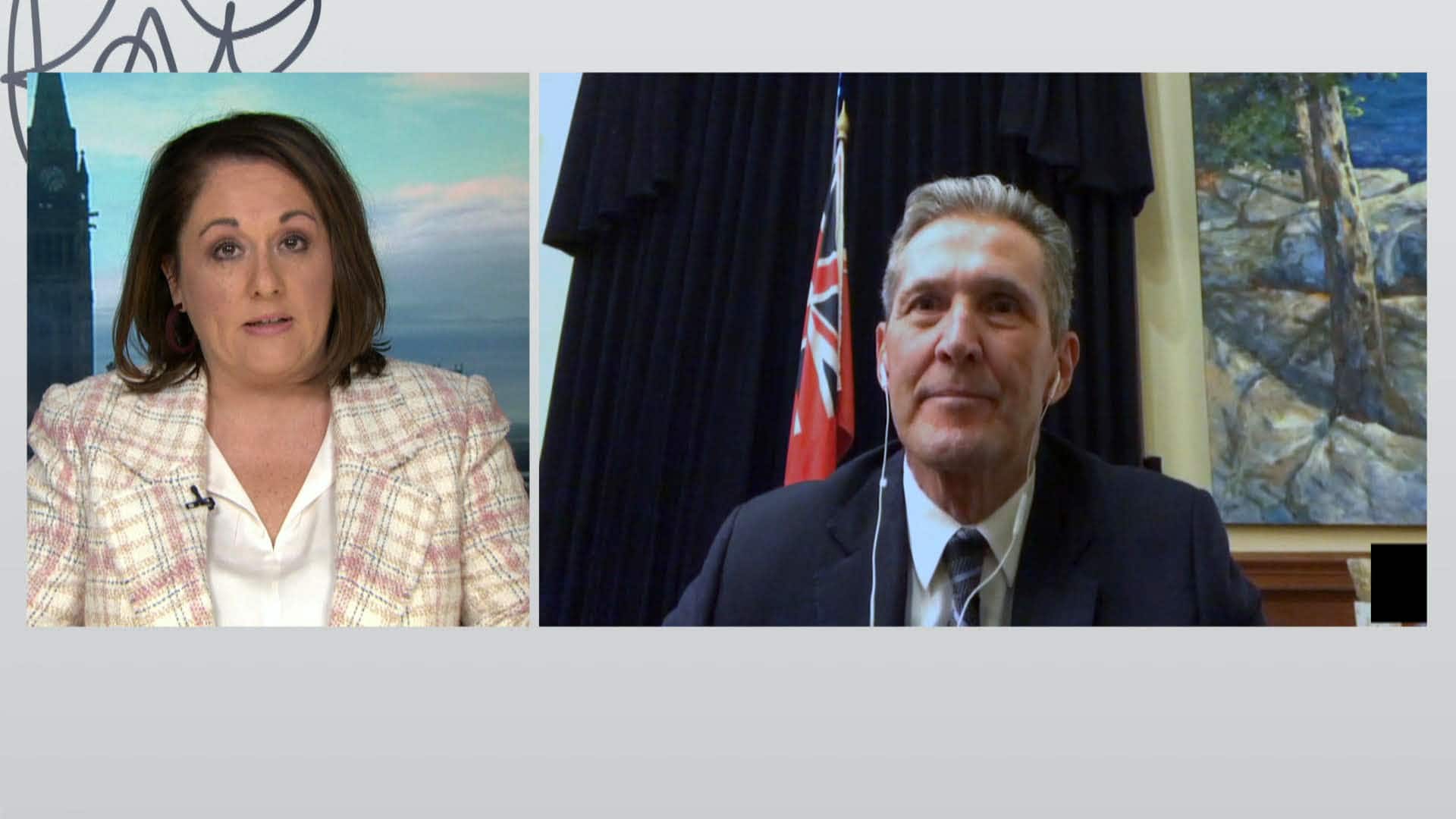 Brian Pallister cautions against ‘piecemeal’ plans for access to COVID-19 vaccines and wants a standard in place across all provinces and territories. 1:28