An emotional rally and vehicle procession was held in a rural Manitoba community Thursday as residents paid tribute to the last patients being transferred away from the town’s hospital, which the health authority said would be closed temporarily.

“This is our community’s way of showing we are in mourning,” said Buffy Maxwell, who recorded the gathering in Grandview, Man. More than 50 vehicles lined up along the shoulders of roads around the Grandview Health Centre as the sun was rising early Thursday.

“The plan is to escort the remaining patients from the hospital to their new destination in a sign of respect for them and as a way to show the province that we care a lot and we want to help,” Maxwell said.

The event was hastily organized Wednesday evening, just hours after the Prairie Mountain Health authority announced in a post on its website that the hospital would be closing temporarily.

On its website, Prairie Mountain Health said emergency response services will still be available during the closure, with patients being transported to the nearest open emergency department.

The closure of the hospital is expected to last at least three weeks.

The decision was made to reassign hospital staff to the Grandview Personal Care Home to help fight a COVID-19 outbreak there.

The care home as of Thursday is in the critical level on Manitoba’s pandemic response scale after 11 residents and one staff member tested positive for COVID-19, according to Prairie Mountain Health Region.

Some patients were moved to hospitals in other communities on Wednesday and four were left for Thursday’s transfer.

Grandview hospital has 18 beds, and there were eight patients in the hospital when it temporarily suspended hospital and emergency department services, the Prairie Mountain Health Region said.

As the ambulances pulled away, vehicles rolled off the gravel shoulders and fell in behind — horns honking and hazard lights flashing in the early light.

“It was overwhelming to see. Tears filled my eyes right away,” said Maxwell.

Although there was no school in the community on Thursday, a crowd of students gathered along the fence of the schoolyard and watched the motorcade pass.

“They stood there as if watching a funeral procession,” said Maxwell. “And in many ways, that’s how it feels. It’s as if something died.”

A large part of the emotion stems from fear, Maxwell said.

The community, midway between Dauphin and Roblin and about 290 kilometres northwest of Winnipeg, is concerned the closure won’t be a short-lived one, she said.

The RCMP detachment in the community of about 1,480 people was closed in January and the emergency department at the health centre in Roblin was shut down in September.

The closest hospital is in Dauphin, 45 kilometres east of Grandview.

“I’m fearful this is a way to somehow help their budget,” Maxwell said. “This government has let us down. We feel helpless and don’t know what to do.”

In an email to CBC Thursday afternoon, Prairie Mountain Health Region CEO Penny Gilson says the decision to temporarily close the hospital was not made lightly.

“The care and safety of our clients, patients, residents and staff is our key priority when making resource decisions during this unprecedented time”, Gilson said.

She said patients that were in Grandview hospital were transferred to nearby facilities including Dauphin Regional Health Centre and Roblin Health Centre.

“This suspension of services at the Grandview Health Centre is a temporary measure while we support the Grandview PCH during this outbreak,” she said.

Maxwell underscored the importance of the personal care home receiving the help it requires.

She said she has a great aunt in the home and is anxious about her health and the health of the other residents.

“Our hearts go out to all of them. They absolutely do need the support,” she said.

“But I’m just not sure if closing the hospital was the right thing to do.” 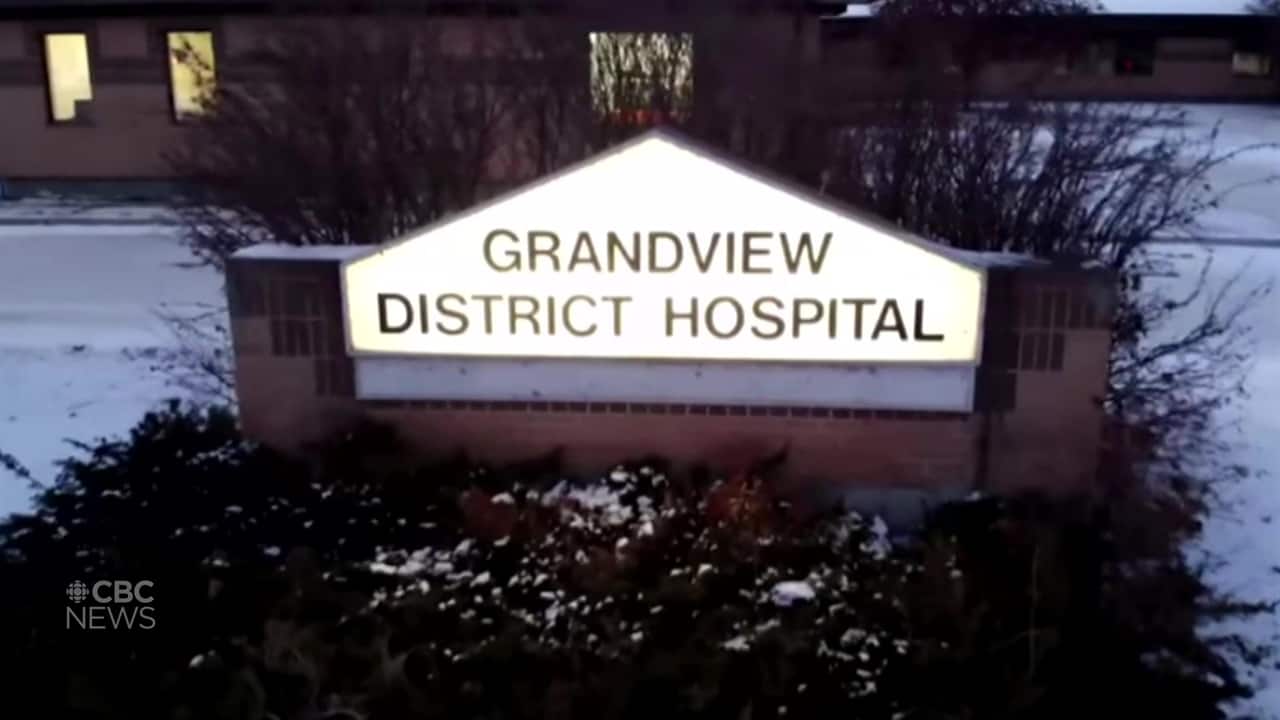 An emotional rally and vehicle procession was held in a rural Manitoba community Thursday as residents paid tribute to the last patients being transferred away from the town’s hospital, which the health authority said would be closed temporarily. 2:35