In the last 15 years, more than two-thirds of all gun-related deaths in Ontario were suicides, according to a new study published in the Canadian Medical Association Journal on Monday.

Doctors from the Unity Health Toronto network of hospitals examined health administrative data held at the Institute for Clinical Evaluative Sciences on firearm-related deaths and injuries in Ontario from 2002 to 2016.

They found that 67.6 per cent of deaths linked to guns in the province — a total of 1,842 — during that period were suicides, and mostly impacted older men living in rural areas.

The researchers also discovered that the majority of gun-related injuries in Ontario are due to self-harm, making up 68 per cent of those injuries and again impacting mostly men over 45, living in rural communities.

In contrast, the study also found that 25 per cent of firearm-related deaths represent young men in urban centres, and 40 per cent of injuries were assaults affecting those same demographics.

The findings show that targeted interventions need to be tailored to these two contrasting patterns, in order to reduce the impact of guns on rural and urban communities, researchers said in a media release.

Dr. David Gomez, a co-author of the study and a trauma surgeon at St. Michael’s Hospital in Toronto, said many Canadians might be surprised by the results of the study.

“It’s a pretty particular demographic,” said Gomez. “It’s [someone] who has access and means to a firearm. Unfortunately, having mental health issues and a spur of the moment action, when you combine it with very lethal means, it can lead to self-harm and death.”

While reducing the number of people who own guns is one strategy — it’s not the only solution, he said.

“Expecting that everybody’s going to give up their firearms….is not realistic,” he said. “But there are a lot of interventions that have proven successful.”

Safe storage of firearms and separating the gun from the ammunition is one prevention method, said Gomez.

“Suicide is a very spur of the moment thing. If you have a loaded firearm available to you, it doesn’t give you time for introspection,” he said. “Separating the firearm from the ammunition… you need to load it and it gives you enough time to think about what’s happening.”

Most people who attempt suicide once, won’t attempt it again and reducing the lethality of the method will “save a lot of lives,” said Gomez.

Gomez also recommends primary care physicians working in rural regions be equipped and trained with additional screening tools so they can intervene if they see signs that someone is at risk, and intervene if necessary. More individuals at different levels of health care should be trained to recognize these signs.

Reducing the types of firearms available through legislation, is another option, he said.

There have been some changes to Canada’s gun laws since 2016, when the dataset used by Gomez and his colleagues ended.

The federal government ushered in the bill as one step they say is aimed at ending gun violence.

However, several elements of the new firearms legislation, including expanded background checks, are still pending as they require regulatory, administrative and technical changes.

In May of this year, the government also introduced a ban covering around 1,500 models and variants of what it considers assault-style weapons, meaning they can no longer be legally used, sold or imported. 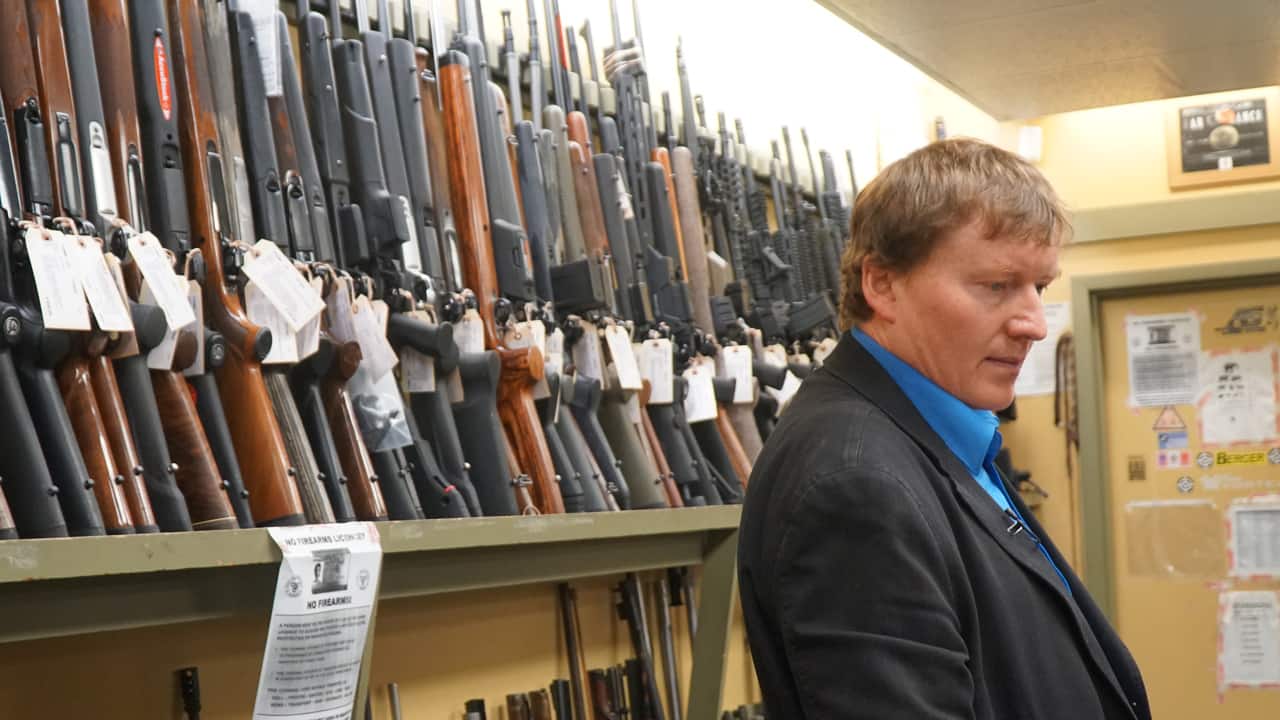 Amid a rising gun homicide rate and a growing debate over what to do about it, The National’s special series on gun violence takes a closer look at gun control laws. Some say they persecute, others say they protect, but in recent years the trend has been toward looser laws. 12:12

“Red flag” gun laws are another option that could save lives, said Gomez. Those measures would allow professionals like doctors and educators to ask courts to remove guns from people who could hurt themselves or others.

The Liberal government said earlier this year that allowing physicians to raise the alarm about individuals who may cause harm and have access to firearms will be added to the legislation.

“It would not be a question of reporting somebody with anxiety or phobias. We’re talking about the far end of the mental health spectrum where people truly are … a danger to themselves or others,” he said.

Examining provisions like “red flag” laws allows a public health perspective on gun violence that is urgently needed in Canada, said Dr. Michelle Cohen, a family doctor and assistant professor in the Department of Family Medicine at Queen’s University.

“We need to look at guns through a public health lens, because primarily what we’re looking at when we see gun fatalities, is that they’re connected to mental health much more than I think we appreciate,” she said.

There’s critical discussions happening about an increased suicide rate among Indigenous peoples and the prevalence of gun use in intimate partner violence where women make up the vast majority of victims.

Indigenous women are also at higher risk when it comes to intimate partner violence, Cohen said.

But those elements are missing from gun policy discussions, she said.

“I’d like to bring more of a public health focus back to this discussion, because that’s really where we’re seeing most of the damage being done from guns,” she added.

“We understand that gun control is a public health issue. But outside of the healthcare world, that is not fully appreciated and that shapes our policies in a negative way,” said Cohen.

More public health representatives need to be at the table when gun control measures are being discussed and further mental health supports need to be added, particularly in northern and rural communities where those resources are historically lacking, she said.

“We have to talk about gun control in rural areas and the mental health discussion, and that all needs to happen together. These are not separate issues,” she said.

Where to get help:

If you’re worried someone you know may be at risk of suicide, you should talk to them about it, says the Canadian Association for Suicide Prevention. Here are some warning signs: