If your washing machine is on the blink and you’re looking for appliance repair, be wary — new evidence reveals that you can’t always trust Google when it comes to finding a reliable local appliance repair person.

In some areas, as many as 50 per cent of the local appliance repair companies returned in a Google Maps search appeared to be fake. Fake company names and locations change all the time, so a phoney company listing that appears on Google Maps one day may be gone the next, the investigation found.

“I think it’s unethical, and I think as a customer you deserve to know who you are dealing with ― you shouldn’t have to be second-guessing,” said Joseph Renaud, an Ajax, Ont., resident who unwittingly called a fake local company when trying to fix his tenant’s appliance.

Marketplace uncovered similar tactics during an investigation of the locksmith industry earlier this year.

And now Marketplace has learned the owners of one company, Omega Appliance, appear to be linked to fake appliance repair and locksmith listings popping up in major cities and towns across Canada.

The owners of Omega Appliance refused an interview, but through their lawyer they told Marketplace that “Omega has never created its own fake locations since those are part and parcel of the external professional corporations’ services in promoting Omega and advertising its services.”

“I think it decreases consumer trust in how to find businesses,” said Mike Blumenthal, an American search engine consultant and Google Maps local search expert. “It is well within Google’s capability to aggressively monitor and shut down fake businesses.”

When Renaud went to fix his tenant’s stove earlier this summer, he reached out to Ajax Appliance Repair, thinking it was a local company located a few minutes’ drive away in his community just east of Toronto.

“Their name came up [in a Google Maps search] and they had really good reviews,” he said.

WATCH | During its investigation, Marketplace also tracked down where all those missing socks go. 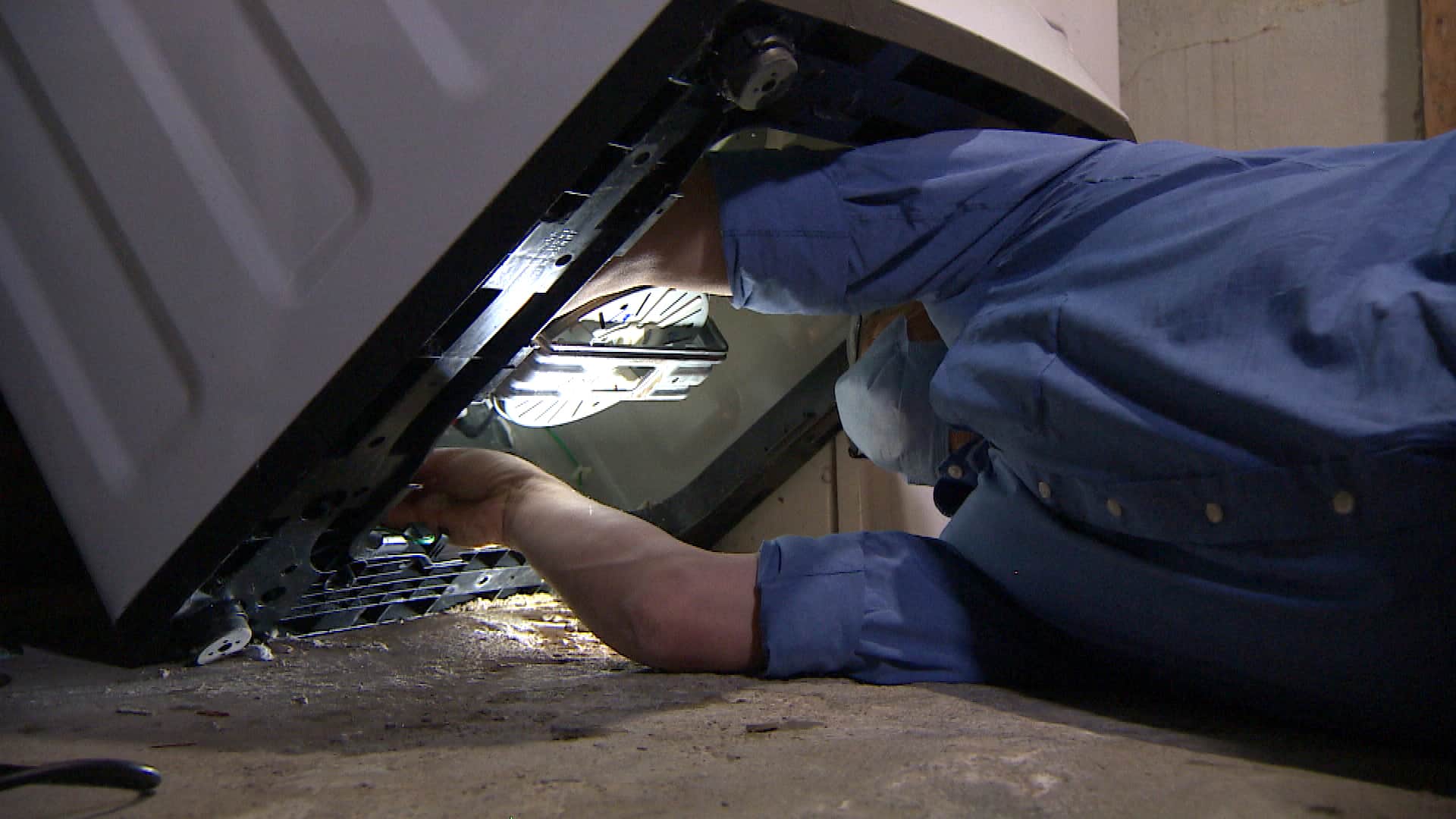 Here’s where your missing socks end up 0:59

Renaud called and booked an appointment after he was told the initial service fee was $75. When the technician arrived, he said the problem was the bake element, and Renaud was quoted about $400 for the part and labour.

“Something just didn’t seem right ― I just thought, ‘This sounds like way too much,’ ” Renaud said.

While he took some time to think about it, the company emailed him the quote and he noticed it came from a different firm altogether, Omega Appliance.

Renaud discovered that Omega Appliance is based in Concord, Ont., about 50 kilometres from Ajax, and has poor reviews and complaints about it lodged with the Better Business Bureau.

He found reviews about confusing business names, expensive repairs and appliances breaking down shortly after being repaired by a technician.

On the HomeStars website, which calls itself “Canada’s largest network of verified and community-reviewed home service professionals,” Omega Appliance has negative customer reviews averaging a 0.7 rating out of 10.

Ajax Appliance Repair, with many five-star positive reviews, does not exist. When Marketplace visited the location given on the Google Maps listing, they found that the address is a strip mall.

Renaud told an Omega employee that if he had known he was using Omega Appliance, he would not have agreed to a service call.

“It seems very odd to me that they would use a fake address and say they are local,” Renaud told Marketplace in an interview, “and there’s no physical store at all.”

Renaud said he felt misled and that “there was a discord between what they were advertising and actually what was showing up at the property.”

‘I think it decreases consumer trust’

The Marketplace investigation has determined, through an analysis of listings on Google Maps and interviews with individuals who have knowledge of the company’s business practices, that Omega Appliances seems to be the main company behind most fake appliance repair companies located around Toronto, southern Ontario and even across Canada.

Many of the calls made to fake Google Maps appliance repair companies lead to one call centre in Concord that is owned and operated by Eran Gurvich and Ilay Avnin, who also own FC Locksmith, a locksmith company.

FC Locksmith was featured in a Marketplace investigation in January 2020 that linked that company to more than 80 fake Google Maps locksmith addresses and reviews in the Greater Toronto Area.

Gurvich and Avnin refused repeated interview requests, and responded to Marketplace via their lawyer, Jonathan Weingarten, who said his clients’ companies do not create their “own fake locations” since those are “part and parcel of the external professional corporations’ services” hired to promote Omega and advertise its services.

Marketplace has found that Omega Appliance uses fake company names and locations as a means of advertising and marketing for its own Concord-based appliance company, Omega Appliance, just as it did with its other company, FC Locksmith.

An Omega employee told Renaud via email that “we service different areas and advertise with the area name and local number.”

In a podcast on wealth management, Gurvich discusses FC Locksmith’s advertising techniques and its growth into appliance repair.

“We had no idea what we were doing. And all of a sudden, we found a formula, and from there, it was kind of a copy/paste.”

Gurvich said the formula that they found “in terms of the advertising, is suitable mainly for mobile services … now it was easier to get bigger. And naturally, soon enough, we started to touch some other industries: appliances repair services, garage door services.”

Outside Ontario, the company acts as advertisers for local companies, Gurvich said. “We have established local companies that can execute the work for us, and we act as … advertising.”

The Google Maps address for the Yonge and Lawrence Appliance Repair is actually a Starbucks coffee shop.

WATCH | How one company is linked to a network of fake locations and names on Google Maps:

A Marketplace investigation has linked one company in the industry to a network of fake locations and names on Google Maps. 2:09

With fake company names and locations changing all the time, consumers may see different results in Google Maps every time they search.

Weingarten, a lawyer based in Maple, Ont., said Omega Appliance hires outside companies to promote its services online, just as it did with locksmith locations.

“Omega has never created … its own fake locations since those are part and parcel of the external professional corporations’ services in promoting Omega and advertising its services,” he said via email.

WATCH | How some firms use fake reviews to lure you in: 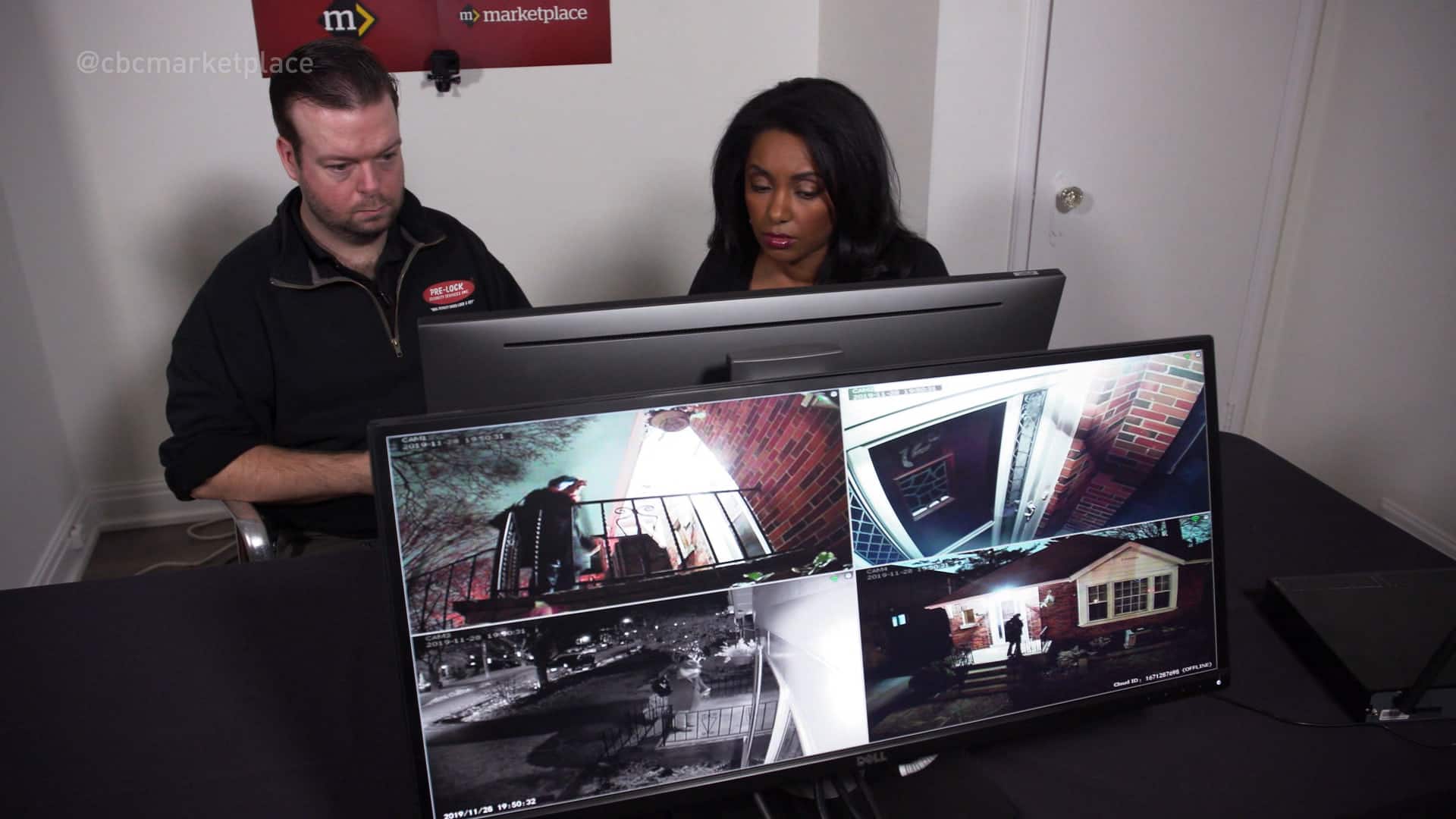 We rig up a house with hidden cameras to test locksmiths and expose how some companies use unbelievably low prices and fake names, fake addresses, and fake reviews to lure you in. 22:30

Weingarten did not provide the name of any external professional corporation used by Omega Appliance and FC Locksmith.

“Most of the locksmith and appliance services around the world are mobile and not done in a specific store,” he said. “Therefore, the true relevance of quality of service to clients is not the location of the business but the location of the service, which is at the clientele homes, all performed by local professionals.”

As for customer complaints, he said they are treated with respect and “on many occasions, even when the complaint is found to be unjustified, the customer is fully refunded the cost of the services.”

Mike Blumenthal, an Orleans, N.Y.- based Google Maps local search expert and consultant, warned in the previous Marketplace investigation that fake listings are prevalent in the appliance repair, locksmith and garage-door repair industries.

Blumenthal said that, in some markets, as many as 85 per cent of local Google home services listings could be fake.

The practice appears to create an illusion of competition that he said causes harm on many levels.

“Why would Google leave up fake listings?”

“Google thinks that they’re not seen very often and in the aggregate, they’re not,” Blumenthal said, “but the reality is that Google has 95 per cent of local searches” and that affects a lot of people, looking for local services.

“Google is not doing their job,” he said.

While Google does have rules regarding fraudulent listings, Canada’s regulations have not yet caught up.

Marie-Christine Vézina, senior communications adviser for the federal Competition Bureau, said while there is nothing in the Competition Act specifically regarding fake online company names and locations, “the Competition Act prohibits anyone from making materially false or misleading claims to promote a product or business interest.”

Vézina said the bureau encourages anyone who suspects deceptive marketing activities to file a complaint via the bureau’s online form, as “ensuring truth in advertising in Canada’s digital economy is a priority for the bureau.”

When the bureau receives a complaint, the information is examined to determine whether an investigation should be launched. There are two potential enforcement routes under the act to address false or misleading representations and deceptive marketing practices: the civil or criminal courts.

Under the criminal court system, there is a potential penalty of a fine of up to $200,000 or a jail sentence of up to one year.

A Google Canada spokesperson said: “In response to the issue reported to us, we are now auditing all appliance repair listings created in Canada and are in the process of removing any that we find to be fraudulent.”

While some fake appliance repair listings have already been removed since Marketplace alerted Google, they will often pop up again, sometimes under different names or using different addresses.

All this leaves consumers somewhat on their own when trying to find a reliable local appliance repair service.

Blumenthal said that until Google figures out a way to stop fake listings for good, the best way to find a local business or service is to get advice from others you trust, via word of mouth and neighbourhood or community social groups.

How to know if a company is fake

1. Check the address. If the business is not at the address provided on Google Maps, you may find a vacant lot, grocery store, drugstore or even a parking lot.

2. Do you see only glowing five-star Google reviews? It could be a sign that these are fake reviews, and a fake location and company.

3. If you see reviews where users claim the business is fake, misleading or not at that address, it might be a fake location listing.

4. If you suspect a fake listing or company location, alert Google.

How to alert Google

2. Scroll down and click or tap “Suggest an edit.”

3. Select whether you’re looking to change details or request a removal.