Houston’s Sophie Schmidt of Abbotsford, B.C., scored for the fourth straight game in the 30th minute. After a hydration break, Veronica Latsko made it 2-0 in the 38th minute.

Mewis added a goal for the Dash in the 60th minute. She has three goals in her last three games.

After Lynn Williams scored for the Courage to avoid the shutout, Shae Groom scored the final Dash goal in the 83rd minute. 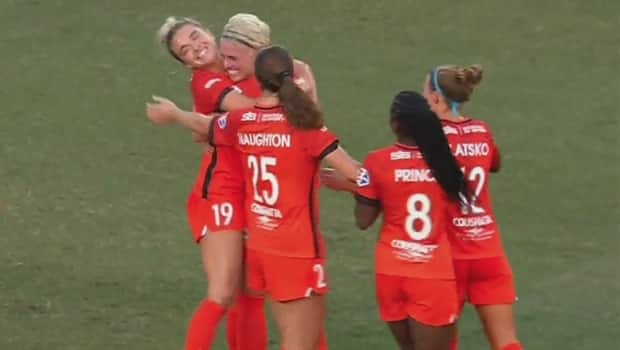 Sophie Schmidt of Abbotsford, B.C., scored the opener for Houston in their match against the North Carolina Courage.  1:07

The Dash won the Challenge Cup tournament this summer in the bubble in Utah, after NWSL’s regular season was suspended because of the coronavirus. The teams have since returned to local markets, where they are playing a series of regional matches.

The Dash (2-1-0), who hadn’t ever defeated the Courage, close the fall series next week against the Orlando Pride in Kissimmee, Florida.

The Courage (1-1-1), the two-time defending NWSL champions, wrap up the series on Oct. 17 against the Pride in Orlando.