A Quebec Superior Court judge is forcing the province to reword several sections of the Civil Code of Quebec because they discriminate against trans and non-binary people.

In a landmark decision, Justice Gregory Moore invalidated several articles of the Civil Code, including the one that prevents a person from changing the sex listed on their act of birth to reflect their gender identity.

Moore also struck down the provision that requires someone to be identified as a mother or a father on a declaration of birth, rather than being referred to as a parent.

Watch: A plaintiff explains the importance of the decision 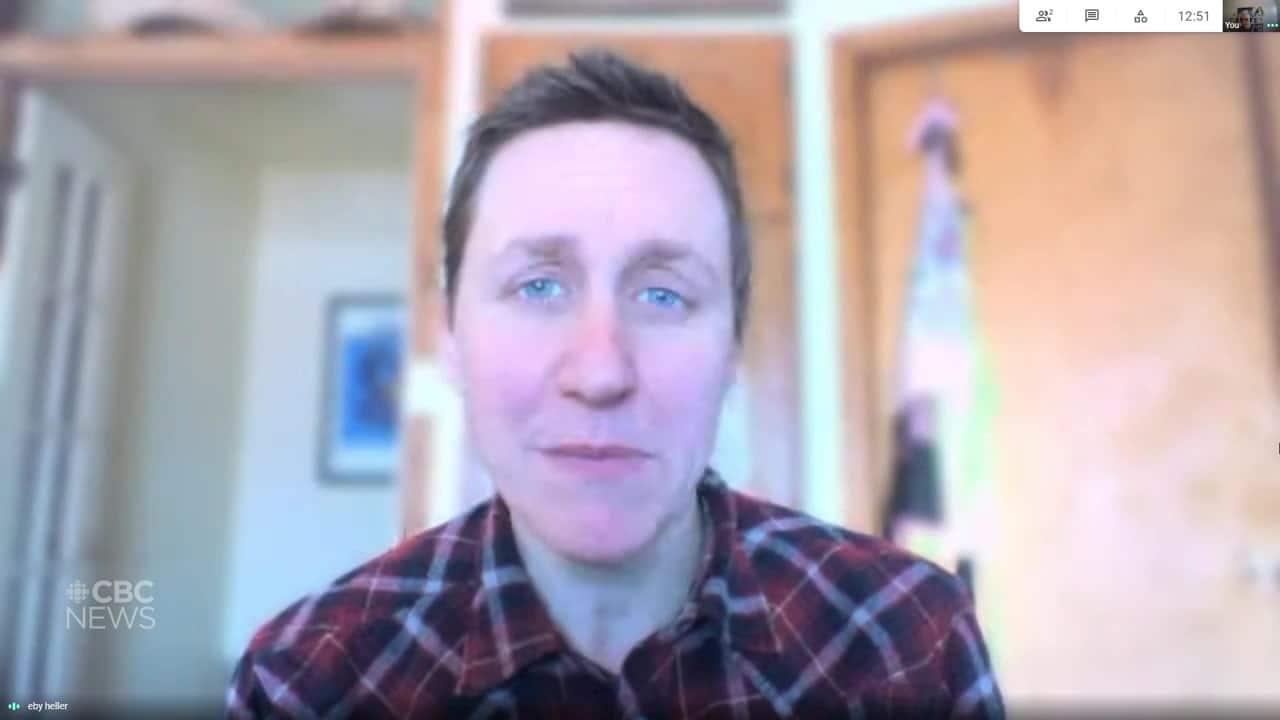 Eby Heller, who identifies as “they,” said the designation of “parent” is an important one for non-binary people. 0:43

The ruling is a major victory for Quebecers who do not identify as male or female.

According to the judge, the limitations of the Civil Code deprive trans and non-binary people “of the dignity and the equality that they are owed.”

“Their inability to prove their true identity keeps them in a state of acute vulnerability that too often leads to suicide,” the decision reads.

The judge gave the province until the end of the year to amend the Civil Code.

Jenna Jacobs and Eby Heller are partners and are among the plaintiffs in the case, along with The Centre for Gender Advocacy at Montreal’s Concordia University.

For me, ‘parent’ is exactly what I am. I’m a great parent to my two kids, and to be able to have that legally recognized on my kids’ birth certificate is super important to me.– Eby Heller

Jacobs, a transgender woman, said she was identified as “father” on the birth certificate for the couple’s first child, and “mother” for their second. She said the ruling is a relief.

“It can create a lot of anxiety to not have your documents match your own identity,” she said. “To be able to change this document, it will be great, and it was really a legacy I didn’t want to pass on to my children.”

Jacobs’ spouse, Heller, who identifies as “they,” said the designation of “parent” is an important one for non-binary people.

“I don’t therefore really identify with the term ‘mom.’ For me, ‘parent’ is exactly what I am,” Heller said. “I’m a great parent to my two kids, and to be able to have that legally recognized on my kids’ birth certificate is super important to me.”

The Centre for Gender Advocacy, a student-funded group, called the decision “an important victory for the rights of non-binary individuals, trans parents, trans non-citizens and trans youth.”

“The fight for justice and ensuring legal protection of all intersex, trans and non-binary people is ongoing and there clearly remains much work to be done.”

The judge also ruled that people should be allowed to change their gender designation, even if they are not Canadian citizens, opening the door to permanent residents, refugees and people without status.

Quebec’s attorney general had argued that the Civil Code had already been amended to make it easier for people to change their gender designation.

Moore did not completely side with the plaintiffs, upholding a parent’s right to object to their child’s request for a name change.

“A person between 14 and 17 years old who anticipates or who is confronted with their parent’s objection to their gender identity has many ways of getting around it,” the judge wrote in his decision.

“The plaintiffs did not prove that the registrar of civil status rejected a young person’s application to change their name because a parent objected to their gender identity.”

However, the judge did strike down a section of the Civil Code that requires an underage person to provide a letter from a physician, psychologist, psychiatrist, sexologist or social worker when applying to change their gender designation.