Racism, stereotyping and discrimination against Indigenous peoples in the B.C. health-care system are widespread and can be deadly, according to the findings of an independent investigative report.

The investigation was led by former judge Mary Ellen Turpel-Lafond, who released her report, titled In Plain Sight, on Monday.

“We have a major problem with Indigenous-specific racism and prejudice in B.C. health care,” she said.

Nearly 9,000 people participated in the investigation.

“I am afraid to go to any hospital. When I do have to, I dress up like I’m going to church,” states a young Indigenous woman quoted in the report.

An Indigenous doctor is quoted as saying: “I have been asked to look after my ‘drunk relatives’ in the ER or have had Indigenous patients [who were considered difficult patients] reassigned to me on the wards when I was a resident.”

The report also sheds light on how current efforts in education and training are inadequate and why more Indigenous peoples are needed in health leadership and decision-making positions.

Turpel-Lafond was asked to lead the investigation after it was revealed that hospital emergency staff were allegedly playing a “game” where they would guess the blood-alcohol content of Indigenous patients.

She was asked to look into those allegations but also to report more broadly on the range and extent of Indigenous-specific racism in the provincial health-care system.

The investigative team was not able to substantiate allegations about the “game” being played in emergency rooms.

They did find, however, “extensive profiling of Indigenous patients based on stereotypes about addictions.”

Assumptions about substance use were among the many stereotypes the report found were commonly ascribed to Indigenous patients. The investigation then linked how stereotypes can lead to discriminatory care and how this can harm one’s health.

She recounted the death of her aunt as one such example.

She said her aunt was taken to an emergency room after falling and hitting her head. But when she arrived, Dick said health-care staff assumed she was intoxicated.

By the time they realized something serious was going on, Dick said it was too late. She said her aunt — who was experiencing a brain bleed — died while being transferred to a major regional hospital.

“Almost every community I go to has that same sort of story,” she said. “It just breaks my heart.”

She said it’s emotional seeing Turpel-Lafond’s report and to see top government officials “shining a light on what we’re living on a day-to-day basis.”

Indigenous people participated in the investigation by sharing directly with investigators by phone, email and via an online survey. Nearly 2,800 people filled out the Indigenous Peoples’ survey.

Health-care workers were also encouraged to participate through an online survey and by making direct contact with the investigative team. More than 5,000 health care workers filled out the online survey.

“Racism has made B.C.’s health-care system an unsafe place for many Indigenous peoples to access services and the care they need,” he said Monday. 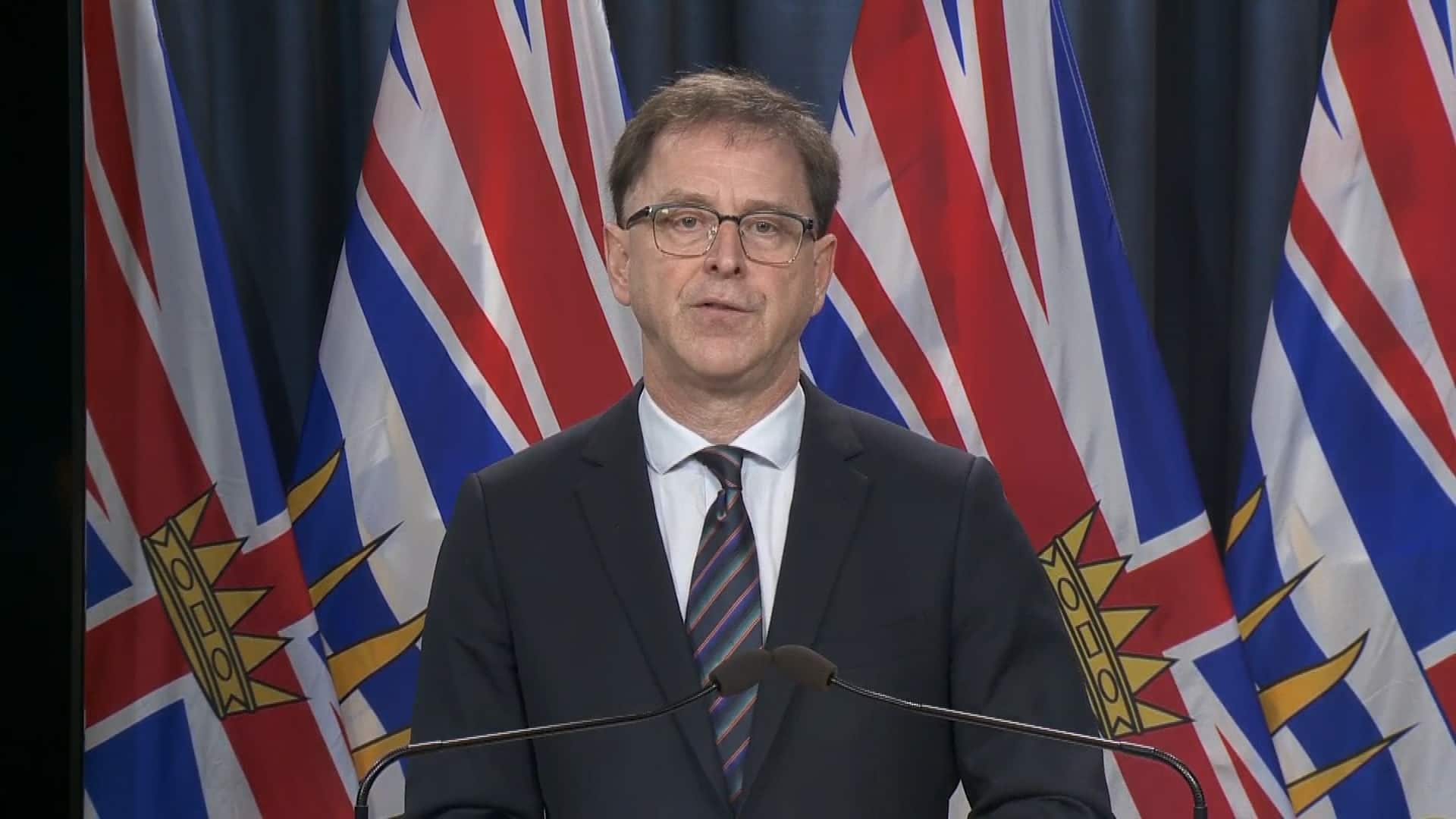 Health Minister Adrian Dix has apologized and promised action on the recommendations from an independent investigation into anti-Indigenous racism in the health-care system. 0:55

He promised action and apologized.

“I want to make an unequivocal apology as the minister of health to those who’ve experienced racism in accessing health-care services in British Columbia now and in the past,” he said.

Dix said he will appoint an associate deputy minister to lead a task force responsible for implementing the recommendations, which include legislative, policy and structural changes focused on changing systems, behaviours and beliefs.

Indigenous leaders were quick to respond to the report on Monday — emphasizing the need for action on the recommendations.

“We have known for years that the healthcare system in this province treats First Nations people with disrespect and discrimination,” wrote Terry Teegee, B.C. regional chief of the Assembly of First Nations, in a news release.

“Now, thanks to Mary Ellen Turpel-Lafond and her team, we have the proof of this deep seated, systemic and horrific racism within the health-care system.”

The Association of Nurses and Nurse Practitioners of BC also responded to the report on Monday. In a news release the association thanked Turpel-Lafond for her investigation, acknowledged the findings and committed to responding directly to the recommendations.

“It is our responsibility to work to eradicate the conditions that perpetuate systemic racism,” the association wrote.