When a group of seven doctors bought a parcel of land in a remote river valley in Alberta more than 15 years ago to build a racetrack, farmers in the area could only chuckle in disbelief.

They found it impossible to imagine race cars skidding around multiple tracks on a plot of land in their secluded part of the Prairies, which rarely attracts visitors on the gravel roads that wind through the deep valley.

What may have seemed like a farfetched idea at the time is now much closer to reality, as those doctors hope to break ground on the $500-million racing resort this summer.

Badlands Motorsports Resort has said it has all of its permits in place, but just needs to raise more investment before the first phase of the complex can be built near Rosebud, about 100 kilometres east of Calgary.

However, the process hasn’t been easy and local opposition remains.

Dozens of farmers who were skeptical all those years ago have spent hundreds of thousands of dollars in legal fees and other expenses in their battle to stop the project from proceeding. Their latest salvo includes a Federal Court challenge asking for Ottawa to intervene and stop the development to protect a threatened bird species.

In 2005, Calgary radiologist Dr. Jay Zelazo and some of his colleagues in the medical field came up with the idea to build a track to race street-legal vehicles, since they enjoyed driving at high speeds and the only track near the city was struggling to stay afloat. Race City Speedway eventually closed in 2011.

They chose the property near Rosebud since there were few other parcels of land on the market that were the appropriate size.

The early concept grew over time to include four tracks, a hotel, residential development, go-kart track and other facilities. The Badlands Motorsports Resort could employ as many as 200 people.

“There’s so many vehicles and people with vehicles, they just cannot use them for their potential. I mean … that’s what this idea is, is safe track driving,” said James Zelazo, Jay’s father, who is the project’s chief financial officer.

The first phase would involve constructing one track and temporary buildings. The cost would be about $30 million, said Zelazo. The developers also have to pave the road leading to the site, which would cost about $15 million. Zelazo is hopeful the provincial government may cover that cost.

So far, the group has raised about $5 million, he said.

About 250 people, mostly locals, have each already made a $1,000 deposit toward a potential membership, he said.

WATCH | Response to concerns about proposed racetrack’s impact on water and wetlands: 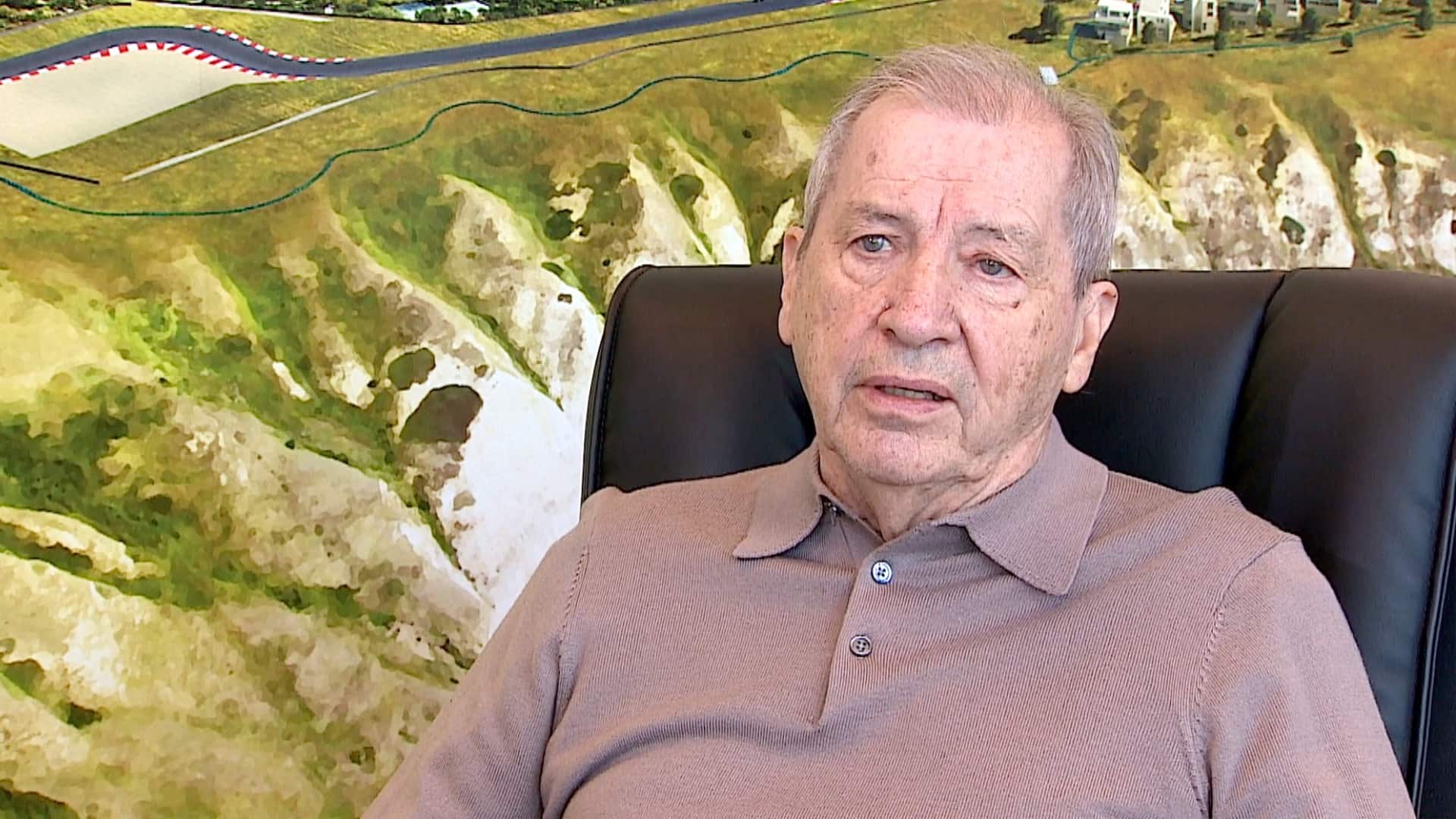 James Zelazo with Badlands Motorsports Resort responds to criticism about the environmental impact of the proposed development in the Rosebud area of Alberta. 1:32

The racetrack could provide a boost for tourism in the area, which includes the Royal Tyrrell Museum, home to one of the world’s largest displays of dinosaurs.

“I think this is an opportunity for a different segment of the population to come and enjoy this area and, if it gets built like the picture that I’m looking at indicates, I think it’ll be a real jewel in Alberta,” said Darryl Drohomerski, chief administrative officer of the town of Drumheller, which is located about 35 kilometres northeast of Rosebud.

The Alberta government did not respond to requests for comment about the proposed project.

The local opposition is easy to see as many “No race track” signs are visible on fence posts throughout the area.

Wendy Clark is one of the farmers spearheading the effort to halt the development. She has about 800 hectares of grain fields in the region.

“If you live here,” she said, “you kind of instinctively come to the realization that it’s your job to take care of this river valley.”

She said she’s worried about the impact on the land, the water and the wildlife.

“We’re all just so angry,” she said, calling the project an “intrusive development.”

She and other landowners have objected to the racetrack to every level of government. So far, they have only been able to slow down the process, not stop it.

At the provincial Environmental Appeals Board, Clark and others argue the racetrack will cause irreparable damage to the environment, since the developer plans to infill two wetlands and modify three others. The appeal process is ongoing.

The farmers also want the federal government to take action to halt the development to protect the bank swallow population. The small, brown and white songbirds were designated as a threatened species in 2013 under the federal Species at Risk Act (SARA).

The bank swallow has suffered a “severe long-term decline amounting to a loss of 98% of its Canadian population over the last 40 years,” the SARA website says.

As a threatened species, the bank swallow is protected by the federal government.

The landowners filed an application to the Federal Court of Canada last year to force Ottawa to prepare a recovery plan for the birds and designate critical habitat areas. A date for a virtual hearing has been set for late April.

“You’re putting a racetrack in between the nesting sites of these bank swallows and their foraging territory. So, what do you think is going to happen to the bank swallows?” said Clark. 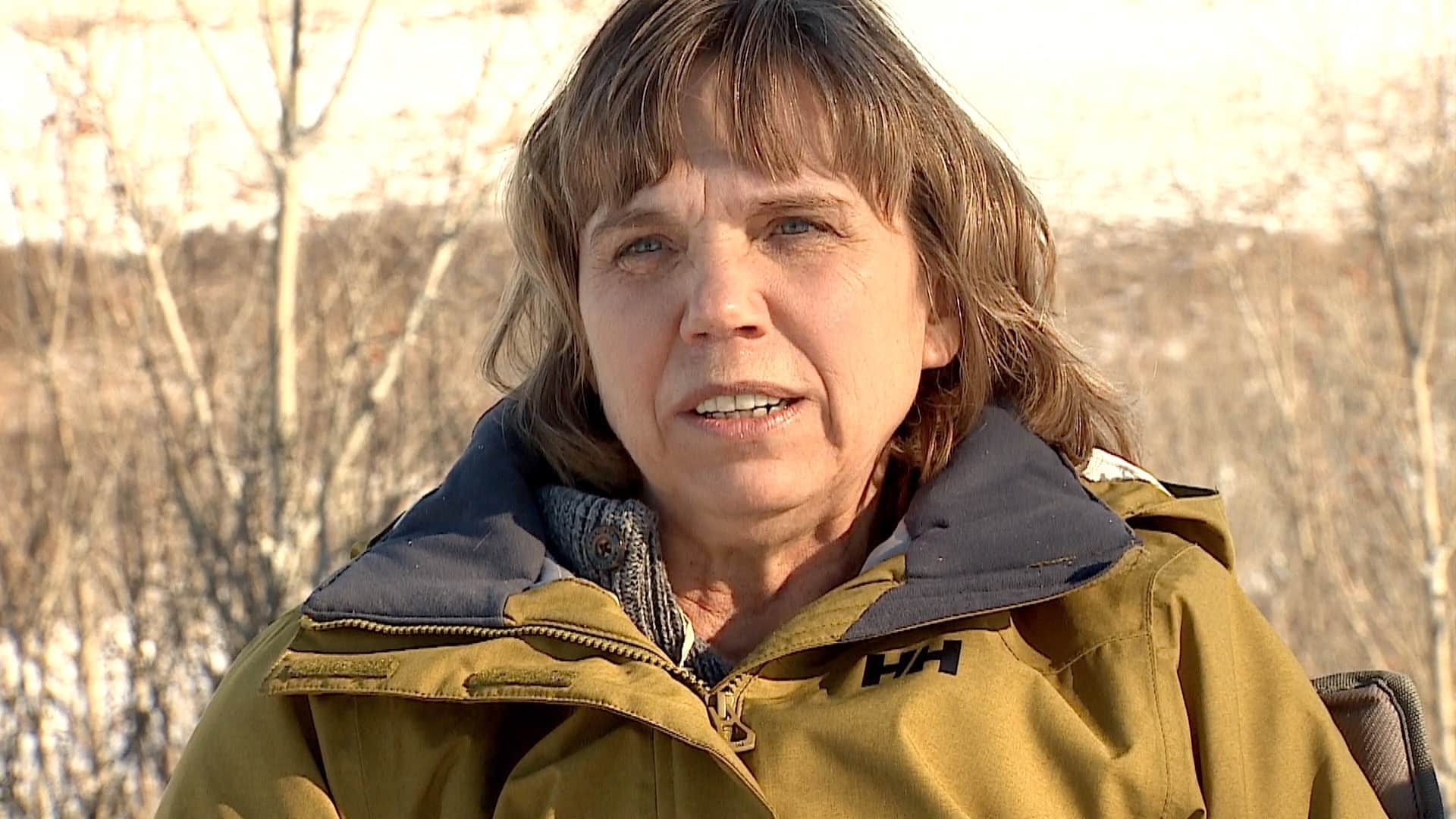 Wendy Clark says the Rosebud River Valley in Alberta should be protected from any development. 1:30

In a statement to CBC News, Environment Canada said the development of a recovery strategy for the bank swallow is ongoing. That strategy will identify the threats to the species and critical habitat. However, the government said the land-use authorization for the proposed racetrack is a provincial matter.

Badlands Motorsports Resort maintains it has the right to move ahead with the project because the property is private land. The river valley will be protected and the wetlands are often dry, said James Zelazo.

The barn swallows have nests across the road from the racetrack development, but Zelazo said he hasn’t seen any of the birds himself, so he doesn’t know if they still inhabit the area.

The landowners who oppose the project made an offer to purchase the land from the racetrack developer in 2013, but Zelazo said his group wasn’t interested.

If the farmers continue to oppose the project and cause further financial costs and delays, he may consider launching legal action to recover those expenses, he said.

A separate $25-million racetrack development north of Calgary was supposed to open last year, but has also faced delays.