On Feb. 14, 2013, nine-year-old Ella Kissi-Debrah woke up in the bed of her southeast London home with an asthma attack. Her family called an ambulance and she was taken to hospital, one of dozens of such trips she had to take since she was first diagnosed with asthma.

That visit to hospital, however, would be her last. Kissi-Debrah died the next day.

A new inquest into her death has found that air pollution in the neighbourhood where she lived exceeded guidelines set by the World Health Organization, and that this pollution — largely from traffic emissions — contributed to Ella’s death.

“My conclusion is that air pollution made a material contribution to Ella’s death,” said assistant coroner Philip Barlow during Wednesday’s reading of the ruling. “Ella died of asthma contributed to by exposure to excessive air pollution.”

WATCH | Rosamund Kissi-Debrah talks about the inquest into her daughter’s death: 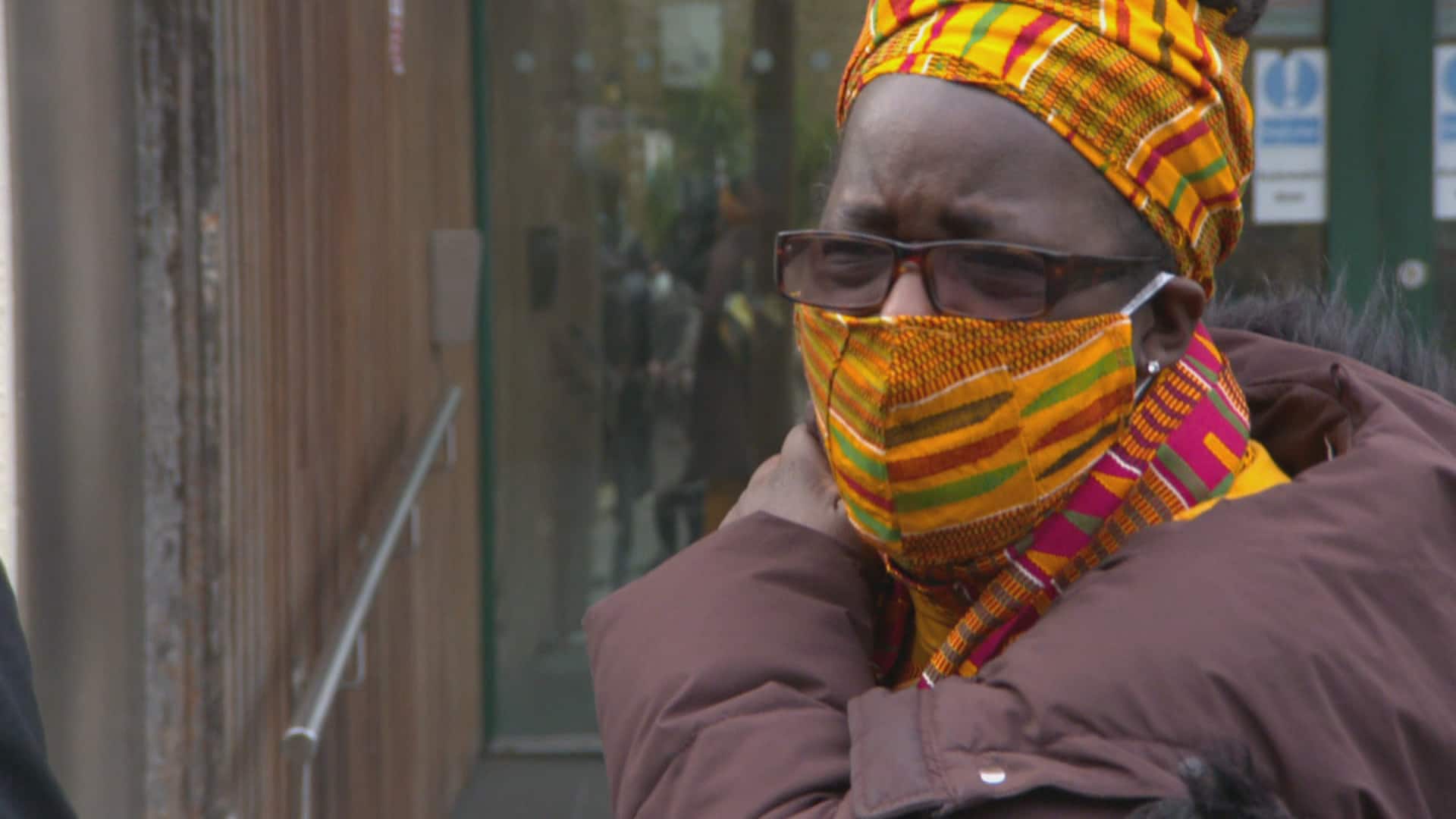 It’s the end of a long journey for Ella’s mother, Rosamund Kissi-Debrah, who for years has been fighting to have the cause of death on her daughter’s certificate include air pollution.

Experts say the verdict is a landmark ruling, one that could push the U.K. government and local authorities to clean up its act when it comes to air pollution.

Ella lived 25 metres away from the South Circular road, one of London’s busiest and most congested stretches, in the borough of Lewisham. She’d regularly walk that stretch to get to school.

In 2010, Ella was diagnosed with severe asthma, something that would take her to hospital 27 times in the last years of her life.

A 2014 inquest into her death found the cause of death to be “acute respiratory failure.” The role of air pollution was not included in those proceedings.

In the years that passed, the health impacts of air pollution on the body have been more widely discussed and prompted Prof. Stephen Holgate to research the matter further. He’s a Medical Research Council clinical professor at University of Southampton, as well as respiratory physician.

“Not once in all of [Ella’s] admissions to hospitals in London, even though she was going to the best centres, not once was the question of air pollution raised,” said Holgate, who authored a 2018 report that found that illegal levels of pollution were detected at a monitoring station not far from Ella’s home.

Holgate, who has 40 years of asthma research under his belt, found that the severe form of asthma that Ella suffered from made her susceptible to air pollution. He noted many of her attacks were clustered in the winter, when air pollution in London is at its worst.

“So really, putting all those pieces together, and excluding viruses and allergens as a cause for her asthma, we were able to conclude that air pollution was the problem,” said Holgate, whose report was instrumental in the decision to launch a new inquest into Ella’s death.

‘Opportunities were not taken’

Holgate testified at the new inquest, which took place over two weeks at Southwark Coroner’s court in London, whose central focus was whether air pollution did cause Ella’s death.

Evidence was heard from Ella’s mother, London’s department of transport, experts on air quality, medical experts and even London’s mayor.

Wednesday’s verdict found that not only did those excessive levels of air pollution contribute to Ella’s death, but it also exacerbated and induced her asthma.

“During the course of her illness, between 2010 and 2013, she was exposed to levels of nitrogen dioxide and particulate matter in excess of World Health Organization guidelines. The principal source of her exposure was traffic conditions,” said assistant coroner Philip Barlow.

The verdict also took aim at local authorities for not addressing the problem and not communicating just how bad pollution levels were to the public.

“Opportunities were not taken that would have had an impact on improving the air quality in London.”

Rosamund Kissi-Debrah testified that had she known about the issues in the area — and their harmful impact — she would have moved.

Kissi-Debrah said she promised her daughter before she died that she would get answers, something which she said she found on Tuesday.

“It’s going to take a little bit of time to sink in, really. I’ve been fighting this for seven years. I wasn’t expecting it to be so long and so comprehensive,” said Kissi-Debrah.

While acknowledging the significance of having air pollution on her daughter’s death certificate, Kissi-Debrah is urging officials to think about the impact of poor air quality. She said this is about protecting other children who “walk around our city.”

Jocelyn Cockburn, the lawyer who represented Ella’s family, said the fact that air pollution has never been cited as a cause of death in the U.K. is telling.

She called it “a massive failure to consider how air pollution is impacting on individuals and therefore on human health.”

“Ministers and the previous mayor have acted too slowly in the past,” said Khan. “But they must now learn the lessons from the coroner’s ruling and do much more to tackle the deadly scourge of air pollution in London and across the country.”

Experts like Holgate say Ella’s case should serve as a warning of what happens when governments don’t do enough to tackle air pollution.

“She may have been serving like a canary in a coal mine to some extent … I think in a way she is a light of warning to all those who are suffering from asthma,” said Holgate.

“It is incumbent really upon central and local government, the health and medical professionals, to start taking this far more seriously.”