A recent COVID-19 outbreak at a southern Ontario fitness studio is illustrating how certain indoor settings can provide a perfect storm for superspreading events.

The studio, a downtown Hamilton Spinco location, has been connected to 69 cases of COVID-19 as of Wednesday, despite screening customers, operating at 50 per cent capacity and keeping the recommended two-metre radius around bikes.

So how did so many cases originate there? And does it raise concern about how the novel coronavirus can spread in a gym setting?

“I can see where this could lead to perhaps gyms having serious restrictions placed on them if they want to avoid similar superspreading events.”

Ontario and Quebec recently reintroduced closures at gyms in virus hot spots, including Toronto, Montreal and Ottawa, for a four-week period to help limit spread.

Oughton said gyms and fitness studios have a few strikes against them when it comes to tailoring them for the pandemic.

High-impact activity also leads to heavier breathing, which means droplets are being expelled from peoples’ mouths at an accelerated rate — and being propelled farther distances.

Dr. Andrew Morris, a professor of medicine at the University of Toronto, likens it to throwing a ball. The harder you throw, the farther it goes.

“We still don’t have a perfect understanding of this,” he said. “But we do know that when people are exercising vigorously, the volume and distance of what comes out of their mouth and their lungs is dramatically different than when somebody is speaking [in a normal way].” 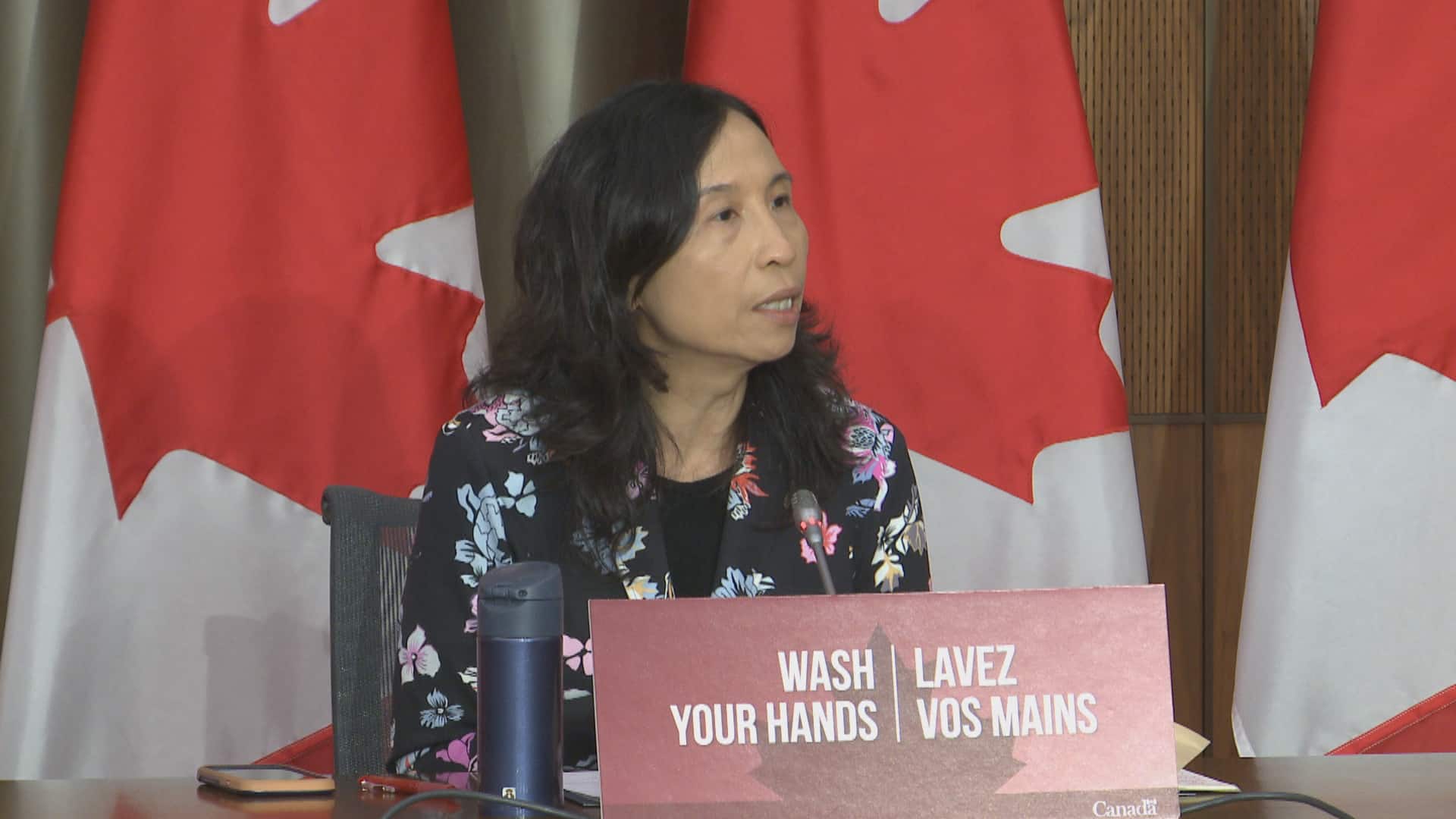 Chief Public Health Officer Dr. Theresa Tam admits that guidance regarding the transmission of COVID-19 may have to change. 1:00

If people are shouting, cheering or singing — which often happens in a spin class where music is blaring and instructors spew out encouragement to keep participants’ intensity up — that can make things worse.

“And if you mix that in with a space that may not have proper ventilation, there is risk for a lot of spread to occur,” Morris said.

Dr. Ilan Schwartz, an infectious disease expert with the University of Alberta, said spin classes may pose more risk than other group settings because of the bikes themselves. In theory, the rapidly spinning wheels could aerosolize droplets by flinging them farther distances.

“I haven’t seen any studies of this, but theoretically it makes sense,” he said.

“I think going to the gym isn’t necessarily high-risk, unless individuals are close together and there’s poor ventilation. But there might be specific circumstances that could make it higher-risk, where something with fast, moving parts [or] a rapidly moving fan can generate aerosols as well.”

But Morris said the real danger comes when people are spewing out droplets in a poorly ventilated space.

The prolonged length of time spent in a spin class, typically one hour, and the number of people in the room will also impact risk.

Not all fitness classes will present the same dangers, he added.

A low-impact yoga class where hearts aren’t racing and breathing is kept under control seems safer than a high-impact spin class but not if it’s crowded and poorly ventilated.

A dance class, where participants are crisscrossing into airspace previously occupied by others, can be risky as well in the same environment.

“Assuming that room has relatively poor ventilation, that’s the kind of setting where yes, you’d be concerned about the potential for transmission,” Oughton said. “But if you had the exact same room with an excellent HVAC system, or the same room where windows were kept open … those are the kinds of things you could do to reduce the risk.”

Morris said finding ways to make these activities safer is always better than banning them.

Masks, while uncomfortable when working out, can be worn in most instances, he said. Improving ventilation and limiting numbers of people even further can also help.

“If we’re going to be successful, we can’t keep telling people they can’t have these things,” Morris said. “We need to be able to point to something and say, ‘This is the better choice.”‘

Schwartz said frequent hand-cleaning and the sanitization of equipment should also be kept in mind, even if surface transmission isn’t as concerning as it was earlier in the pandemic.

“And for now, I think it’s probably a good idea to avoid spin classes,” he added.

Oughton foresees people taking their workouts outdoors in new ways over the winter if gyms and fitness centres are deemed too risky.

That could mean dusting off the skates or ski boots.

“I think this is going to re-emphasize the safety and the necessity of being able to get some activity and fresh air outside,” he said.

“Hopefully, we find new appreciation for outdoor winter sports that we can all enjoy.”