It was Halloween night in 2019. It was cold, but not too cold, and snow had not yet fallen, making it an ideal night for a skate on Fish Lake, roughly 13 kilometres southwest of Whitehorse. He enjoyed skating near the shore, where the ice was thickest, yet still clear enough to see fish swimming among the rocks below.

But this particular day, Chartrand decided to venture further out. Armed with a wooden hockey stick and a puck, he headed further away from shore, the sound of his skates cutting across the ice echoing across the lake.

And then, suddenly, he watched with dread as the black puck disappeared. Skating at full speed and unable to stop, the ice cracked beneath him. In a split second, he was submerged in the frigid water.

“When I fell through, I couldn’t really see anymore,” Chartrand recalled. “It was really like just a dark black hole under me.”

After a friend tried unsuccessfully to pull Chartrand out with her stick, he was left to try to get out on his own. He tried to pull himself up, but the ice just cracked. He could feel his strength running out. With one last try, he hauled himself out of the icy water.

While Chartrand blames himself for what happened — “waiting a couple extra days would not have hurt” — stories like these are becoming more common as Canadian winters become warmer.

Recent studies have shown that globally, lakes are warming due to climate change and new research has found it’s something that can have dire consequences.

A study published on Wednesday in the journal PLOS One found that more children and youth are dying as a result of unstable lake ice, mainly at the beginning and end of winter. 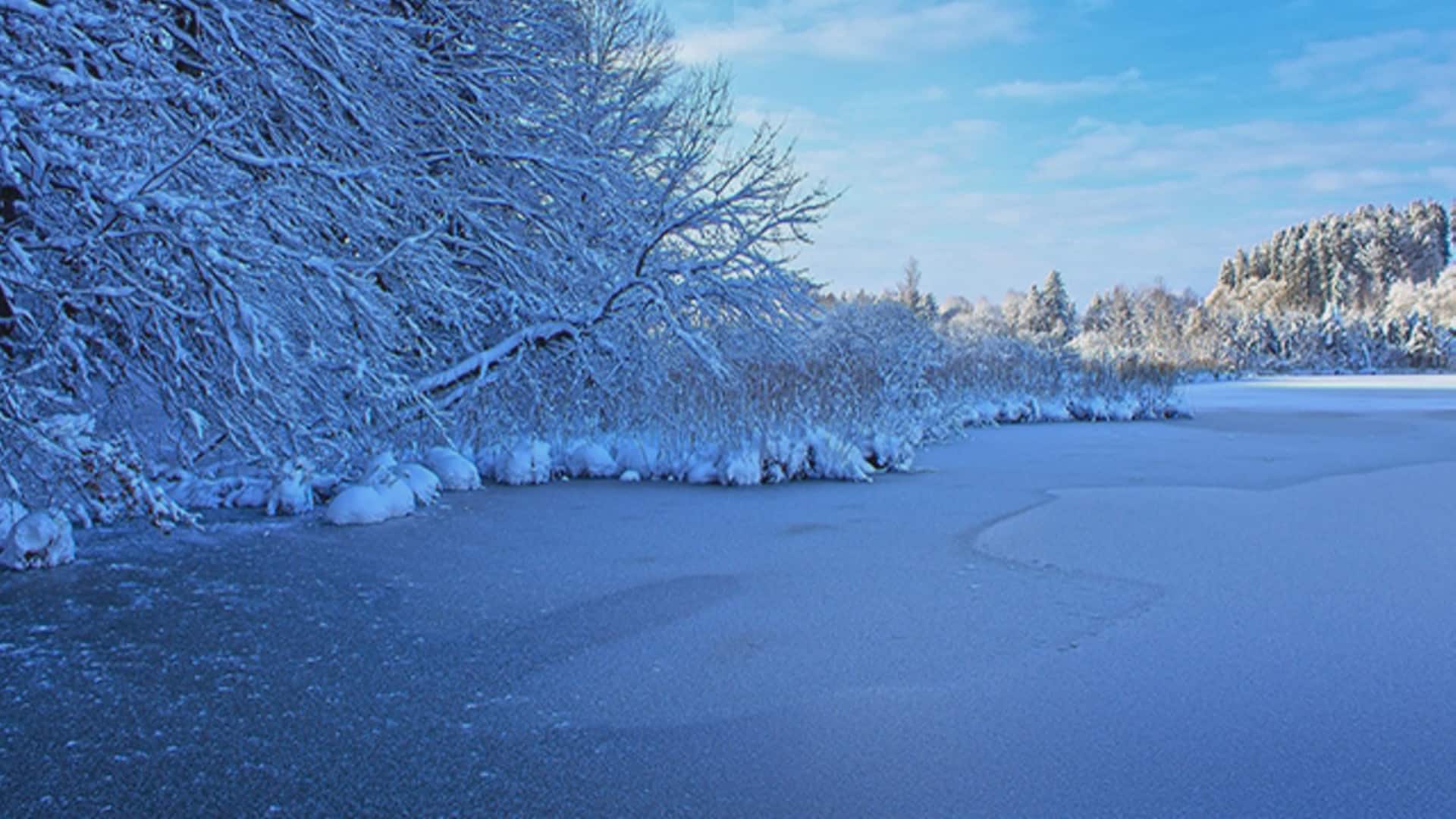 Associate Professor Sapna Sharma of York University’s Faculty of Science talks about what her research team found in 10 different countries over the last 10 to 30 years about winter drownings and a changing climate. (Credit York University) 1:55

The team of authors looked at 4,000 drownings across 10 countries including Canada, Russia, Germany, Russia, Sweden and 14 states in the United States. The research included 30 years of data across every Canadian province and territory.

Most of the drownings occurred when the temperature was between –5 C and 0 C. Other factors that came into play as well, including thaw-freeze events, rain and wind.

Children on the ice

The researchers used Minnesota as a case study; the state collects data on the age and source of drownings.

They found that children under nine years old accounted for 44 per cent of the winter drownings that didn’t involve a vehicle. Youth from 15 to 39 years old were also “vulnerable” as they spent more time on the ice fishing, for example, and tended to engage in riskier activities.

The findings concern lead author Sapna Sharma, a professor at York University’s department of biology, who has been studying lakes her entire career.

“I started going through this data and I was just like, ‘I can’t do this,'” said Sharma, who is the mother of a five-year-old. “It’s devastating because the kids are four, five, six years old.”

In the case of people who died while using vehicles, such as snowmobiles, most of the deaths were in those younger than 24 years old.

And while the research did not include a case study in Canada, Sharma said the data showed similar patterns.

“The climate is changing, and winters are warming,” she said. “And as individuals, it’s really hard to put that into your everyday decision-making. Being in Canada you think, ‘Oh, I’m going to the Rideau Canal in Ottawa, and everybody goes skating on the Rideau Canal.'”

But while the canal might have been frozen by this time last year, or the years before that, one can’t assume it’s always the case.

And Sharma is particularly concerned about what this winter might bring with the pandemic.

“I think this is really important especially this year with COVID and more people spending time outside,” she said. “It might be the first year that they’re going out, like exploring nature, because there’s nothing else to do.”

Deaths in the North

For some countries included in the research, he number of winter drownings through lake ice were 15 to 50 per cent of their annual drownings. Canada had the highest with a median of 70 — particularly in the territories, where people use frozen lakes as a means of their livelihood, be it for hunting, fishing or as a means of transportation.

And it’s the North that is seeing the most rapid warming.

According to Canada’s Changing Climate Report, released in 2019, the average annual temperature has warmed by roughly 1.7 C above the average from 1948. In the North, that anomaly is 2.3 C, with the greatest warming occurring in the winter.

The study highlights the importance of incorporating local knowledge into better understanding ice conditions and specifically mentions the experience of Cree hunters who monitor air temperatures and precipitation to evaluate inland ice conditions.

There could also be more agencies devoted to monitoring the ice and issuing outlooks or advisories as to ice conditions, something that Germany and Italy use, which helped reduce their winter ice drownings in the early and late winter months, according to the study.

Chartrand shares his experience mainly as a warning to others that the lake hadn’t yet frozen yet. That day, he remembers seeing more than a dozen people on the ice, albeit closer to shore, including a mother pulling a child on a toboggan. He still believes skating or spending any time on the lake is something everyone should do, but just under the right conditions.

“I would encourage everybody to go,” he said. “But just maybe stay closer to the shore, or maybe do a do a test before.”

But most importantly, Sharma said, be aware of the weather in the days before. Climate change is causing more swings back and forth in temperatures, something that climatologists have nicknamed “winter weirding,” which can weaken ice.

Sharma has a warning for those who may forget it was 10 C just a few days before they plan to skate: “The ice doesn’t forget.”